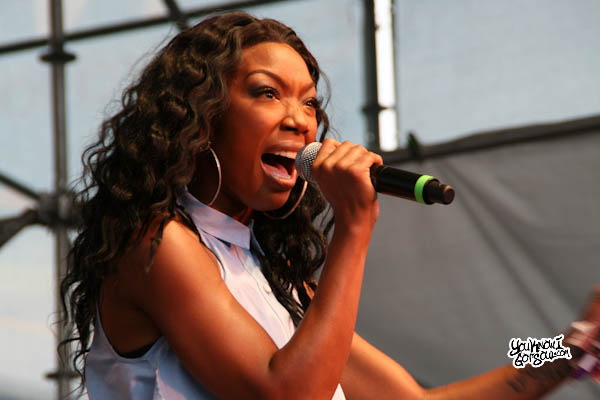 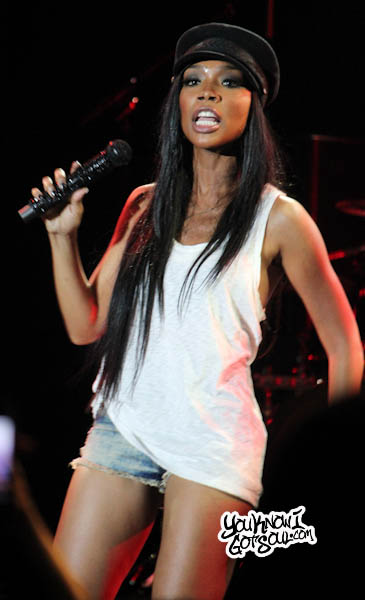 In 2008, we saw Brandy release “Human” which appeared to be her most personal album but also ended up being her least successful album to date. The album had some great moments including the hit single “Right Here (Departed)”, but it looked like Brandy was starting to lose touch with the listeners. However, it’s been four years since that album and a lot has changed since then for Brandy. She has a new record label situation with RCA/Chameleon Records, a new single entitled “Put It Down” and a team of producers and executives who want to see Brandy succeed. YouKnowIGotSoul caught up with Brandy to talk about the process for her upcoming album “2/11”, her growth as an artist, the approach she takes with her voice in the studio, and much more

YouKnowIGotSoul: Hi Brandy, how’s everything going with you?

YouKnowIGotSoul: At what point in the process of recording this album did you realize “Put It Down” was the song you wanted to come out with first? Was it an instant thing or did you have to think about it for a bit?

Brandy: It was an instant thing for me because I wanted to do something different and I wanted to do something with a little bit of shock value. Not so much where it’s like “Oh my god! That new song by Brandy is this!” I wanted it to be like “Who is that?” I didn’t even want people to know that it was me because when you’ve been gone for so long, I feel like to make an impact when you come back especially in this industry, you have to do something to reinvent yourself and do something where people start to question and like it and dislike it and then start to love it. Just something to get them talking and plus I love the song. I really love the song and the beat.

YouKnowIGotSoul: Has that approach always been the same with your previous first singles from your albums? Has it always been an instant feeling?

Brandy: Not really because in the beginning of my career, I didn’t really know. I just wanted to sing so the record companies put out what they thought out was best. The second album, I definitely had that feeling when I heard “The Boy Is Mine”. When we decided Monica should be on it and when she confirmed that she wanted to do it, I was like “Okay, this is a no-brainer.” Then the third, fourth and fifth album, I started to kind of lose my way on what I wanted people to hear from me or how I wanted to sound. I feel like I’m on back track with the team that I’m with and I have more belief in what I’m doing.

YouKnowIGotSoul: In other interviews, you’ve mentioned that this album is going to have a R&B sound to it whereas your previous album “Human” had more of a Pop sound. When you started working on this album, did you already have that mindset that you wanted this album to be R&B?

Brandy: Yeah because I felt like that’s what was missing from “Human” which was that R&B core like when people heard Rodney Jerkins and I on our previous work. It was rooted in R&B and of course it had the crossover feel, but people were used to hearing that good sounding R&B and I went a different direction. Of course I don’t think there’s any problem for artists to take chances, take risks and do things different, but you have to remember where you come from. I kind of felt that and with this album, I wanted to back to the core and what was working for me in the beginning and stick to that, stay true to that.

YouKnowIGotSoul: You’ve worked with Sean Garrett along with a handful of other producers. You’ve mentioned that this album is going to have a future R&B sound to it, so when you went into the studio with these producers to craft the sound for the album, were you telling producers what direction you wanted to go into, did you play records to producers that you had done with other producers, or did you just let them do what they normally do?

Brandy: I just allow the creative process to take its course. Of course, everyone knew that I wanted it to be rooted in R&B and I didn’t want it to sound like anything I had ever done, but I just wanted it to be different. It’s funny because everything was organic, everything was authentic. Working with Sean Garrett, he had his own vision of how he thought I should sound and he was like “This is what I want to hear Brandy sing,” and I was like “Okay, well let me hear it!” That was like his introduction to the songs that he did with me and I loved his work. With Rico Love, it was the same thing. He knew exactly what I needed and I loved his songs and I loved what he did with me in the studio. It was the same with Ester Dean and Frank Ocean. It was like allowing them to do what felt they wanted to do for me and I just happened to like it all. It worked out in a good way.

YouKnowIGotSoul: Another album of yours which featured a futuristic R&B sound is “Full Moon”, but you also had some great ballads on there. Will there be ballads on this album as well?

Brandy: Yes, I did a lot of ballads with Rico, a lot of heartfelt ballads. One of the ballads that I love from him is called “Hardly Breathing” which is about falling in love someone and then it ends up not working out, you basically lose your breath and you basically can hardly get over it. I love that record. This other sexy record called “Paint These Walls” which I did with Rico, it’s really dope. I did this other ballad with Sean Garrett called “Sick”. It’s a lot of ballads, it’s a lot to choose from.

YouKnowIGotSoul: I’ve had a chance to speak with different producers and writers who have worked with you in the past and they’ve all said that you’re the master at taking a demo of a song and really making it your own. Can you take me through that process in the studio and how you kind of do that?

Brandy: Oh wow! I don’t know, I just try to make the song me. A lot of people out there demo songs for you and they sound really, really good and you want to sound just as good as they do and I think the only way to do that is to make it your own, not try to copy what they’ve done and just try to take the song and relate to it in your own way. A lot of my style is the background and the adlibs and really just coming from that place. I do that part, I love stacking backgrounds. That’s my favorite thing to do. I actually like singing backgrounds more than the lead. *Laughs* I love that, so that’s pretty much it, just backgrounds and adlibs.

YouKnowIGotSoul: With each album that you’ve released, you’ve not only shown a lot of growth as a person, but also as a vocalist. What do you like most about your voice now?

Brandy: Right now, I’m trying to accept that my voice is raspier than its ever been. My voice changes throughout the years. At one point it was clear with a little bit of rasp then it got raspier and raspier, and now it’s just like raspy. It’s like “Okay!” *Laughs* I’m trying to get used to this, it’s just like this all the time now. I liked it better when it was a little clearer, but this is my voice now, so I have to get used to it now. It’s deeper too. *Laughs*

YouKnowIGotSoul: It seems like with each album that you’ve put out aside from the “Afrodisiac” album, you’ve taken a 4 year hiatus to release each album and I know that’s probably been tough for you as an artist, but have there been any positives to the 4 year hiatuses?

Brandy: I like the 4 year hiatuses, it’s the fans that don’t like it. This business has now become so fast, I just feel like I need to go through things and I need to be inspired. I don’t put out albums just to maintain visibility. For me, it’s really about a truth that I’m trying to express and sometimes I need a minute to kind of go through things in my life and take time from myself and my daughter and do other things. But this business is moving so quickly that now with 3 year hiatuses, you can come back and nobody even knows who you are anymore. I know that it’s got to be a quicker thing for me and a quicker turnaround for me with future albums, but those times for me were necessary. Plus I was doing TV and all the other things while those hiatuses were taking place, but I know I got to hurry up!

YouKnowIGotSoul: Some fans were wondering if you ever thought about doing an EP or a mixtape during the hiatuses because 4 years is a really long time in-between albums.

Brandy: I think I’m just going to hurry up. I’d rather put an album together than to do anything else. I have a lot of unreleased music that somehow gets leaked too, so I think that’s a good thing. If I take 4 years again, I’ll put something out for free because that’s too long, it’s not fair to them at all. So yeah, maybe a mixtape or something like that where they won’t have to wait for a long time. They deserve it because they’re always down, they’re always there.

YouKnowIGotSoul: Critics have dubbed “2/11” as your comeback album. Have you started looking at the album the same way yet and how do you handle that kind of pressure?

Brandy: I think I work well under pressure. For some reason, I work better when I feel a lot of pressure and I work better when I feel a lot of fear. I don’t know what that’s about, but for me, it’s really about coming back into my own and that’s fine if people want to call it a comeback album. I feel like with Breyon Prescott, my management and RCA, I have the right team to really put the belief and energy behind what I’m doing, so I feel like I’m prepared for all of that. People really just have my back this time around, so I feel like I’m equipped to come back in the right way. I guess this is a comeback album. *Laughs*

Brandy: I just appreciate you guys and I can tell from your questions, you guys have been very supportive so thank you for that.