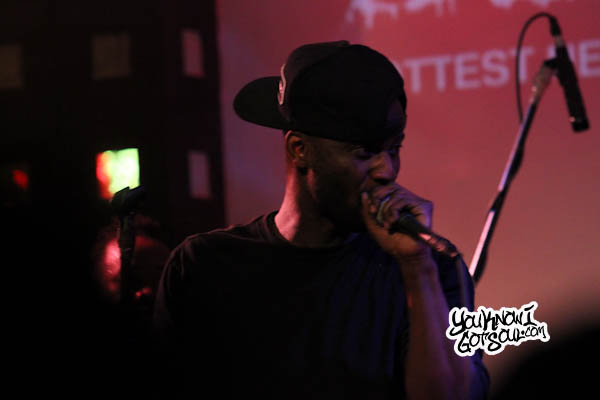 In part 1 of our interview with Bryan-Michael Cox, we talked with him about his origins and how he’s managed to reinvent himself over the years to remain successful. Here is part two of our conversation with the legendary producer where we discuss the story behind Static Major’s “4 a Long Time”, his work with Monica, the creation of Trey Songz “Patron” and Amerie’s “Red Eye”, his work on Monica’s new album, and what he’s been working on lately.

YouKnowIGotSoul: We wanted to ask you about the unreleased song by Static Major “4 a Long Time”. I know the song originally ended up with Johnny Gill, but we love Static’s version, so talk about making that song with him.

YouKnowIGotSoul: Thank you for sharing that story, we love to keep Static’s memory alive, and that was great.

YouKnowIGotSoul: Two songs I wanted to ask you about which involved the same beat were Amerie’s “Red Eye” and Trey Songz “Patron”. We love both songs and would love to hear the back story behind each.

Bryan-Michael Cox: The back story goes like this: when Trey was recording “Ready”, I did a lot of songs for Trey. Me and Johnta just wrote a bunch of songs for Trey, we were vibing and the vibe was crazy. I don’t know why it didn’t make the album, but this was when an influx of songs were getting leaked. I don’t know if somebody intercepted my e-mail, I don’t know how it happened. We did like nine songs and “Patron” was one of them of course. The only way we were sending songs was by e-mail, and of course it was leaking. Of course when the songs got leaked, Trey didn’t want them anymore. So “Patron” was one of those songs, and how it came about was me and Craig Love, who is a frequent collaborator of mine musically, we were in the studio and my whole thing is I wanted to do a new type of ballad. If you notice that the drums on “Patron” were a bit different than the drums I would have done on my earlier ballads. They were heavier, they were bigger. That song kinda screams sex also, so when I played the track for Trey and Johnta, they immediately came up with “Patron” which I thought was incredible, I love that song to this day still. What happened was when it got leaked, they weren’t really feeling it like that. Then of course Trey changed direction and “Ready” ended up being a whole nother kind of album. So that’s how the Trey Songz thing came about. Then what happened was I was in the studio with Amerie maybe a year later, and I just really loved that track. So I thought since they weren’t going to use it, I’d play it for Amerie. Me and Adonis came up with a concept called “Red Eye” and that’s how that came to be. I really love that track so I didn’t want that track to sit. So when I had an opportunity to play it for somebody to use it, I did and she used it. It’s still a great song.

YouKnowIGotSoul: Let’s talk about your work with Monica. I know you have the song “Amazing” on her new album, but I know you did a lot more work for her previous album. Even though you guys have such a close relationship, do you ever take it personal if she doesn’t have you contribute as much to a particular project?

YouKnowIGotSoul: What artists have you worked with recently that we can expect to hear you on their project in the future?

Bryan-Michael Cox: Of course Monica’s album just came out so me and Jermaine have a record called “Amazing”. Brandy’s new record, me and Sean Garrett did two songs on there, Sean did a lot of the album, I contributed two compositions to the album and Sean wrote on them which was crazy. Jermaine, Pharrell and myself have an artist named Leah LaBelle who’s signed to Epic, we just finished mixing her album last week, her album is coming out this summer. Brandon Hines, we got a new single “Yes You Are” that’s out right now and his album is in the process of being mixed. I work with a lot of new artists. Bertell’s new album should be finished in the next couple of weeks, he kinda moves his own thing and I kinda just come in. Me and Jermaine are going back in with Mariah [Carey] to finish up, we’ve been doing ideas with her for the past couple of months. Hopefully we’ll finish up and we’ll know if it’s going to make the album or not. We’ve been writing with her for awhile so I’m confident we’re going to make the record. I’m working with K. Michelle, I don’t know if you guys know, but me and J.Que Smith from the Clutch started a company and we’re working with K. Michelle right now. We’re in the process of writing for K. Michelle. She’s also on “Love & Hip-Hop Atlanta” so be on the lookout for that too. There’s a group that I’m really, really interested in finishing up some work with called Gotham City. They are definitely incredible guys. We cut two records, there’s a record called “Official” and there’s another record called “I Want You” that are incredible. We are in the processing of finishing up that. I’m hopeful that we’ll be able to get in the studio with Trey; I’ve been talking to him and going back and forth with him. I’m interested in working with new artists now because we have to develop the new Usher’s and the new Mariah’s and the new Mary’s. These artists are legends and their history is already set in stone. Now we have to create the new artists, the new legends, the new stars. That’s really where my head is at.