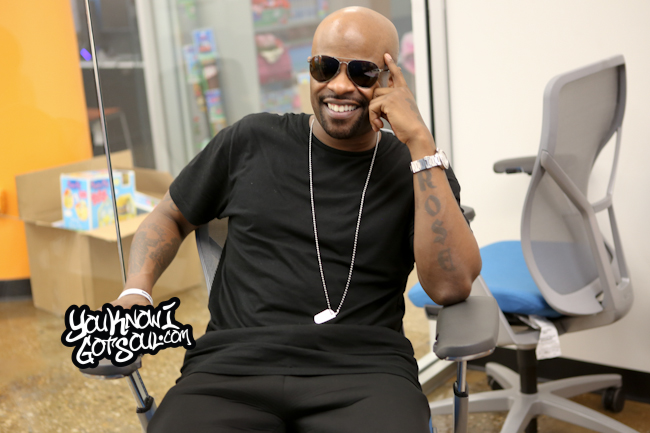 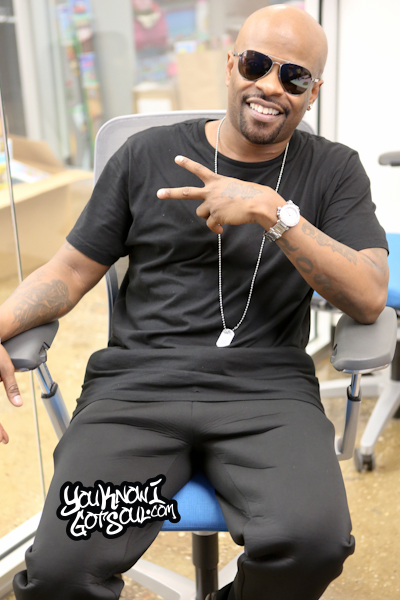 When you look at the career of Case over the past two decades, he’s easily one of the greats coming out of the golden era of r&b in the 90’s, leaving us with a string of timeless hits. With the release of his new album “Heavens Door”, he continues that legacy by giving us another round of quality 90’s influenced r&b songs. Though many of his peers have jumped onto the trends that are popular in music, Case continues to stay true and keeping the love in the music. YouKnowIGotSoul sat down with Case during his recent promo run in NYC and discussed what to expect on the “Heavens Door” album, putting the love back in the music, his history in the industry, and much more.

YouKnowIGotSoul: The new album “Heaven’s Door” is coming out. What can we expect on there?

YouKnowIGotSoul: How are you able to keep that integrity in your music and create that real music? Is it the relationship with your producer?

Case: I think the best way to keep that integrity is to know who you are and make sure that’s what you’re going to make. I’m never going to compromise what I do for the sake of making a dollar or for the sake of fitting in. I may update my sound and may have progression to my sound, but it’s always going to have a certain quality to it and I take pride in it.

YouKnowIGotSoul: You had mentioned to us in a previous interview that you had lost interest in making music and you just wanted to do shows. How did you get the motivation to make music again?

Case: My grandmother passed away and from the time I was a little kid, I have pictures doing concerts in her living room with a microphone and she would always encourage us to sing. She would make sure we were singing right and making sure we were singing with feeling. She passed away and it took me back to that time. Not long after that, Michael Jackson passed and he was the first artist I really idolized and made me want to do this. The combination of those two things made me go back to the beginning of when I started with the whole music thing and it reignited the spark.

YouKnowIGotSoul: It’s been six years since your last album. Do you look at this album as a Re-introduction to the fans?

YouKnowIGotSoul: The single “Shook Up” has some of the similar elements that you’ve had in previous records. What were you looking to do with “Shook Up?”

Case: I think when I made “Shook Up”, what I was really looking to do was to make a straight up R&B old fashion love song. There’s not too many of those around especially right now. I wanted to make a song that had feeling and made you feel good.

YouKnowIGotSoul: How do you navigate in this new landscape of R&B? Music has changed so much even since your last album.

YouKnowIGotSoul: Talk about some of the production you have on this album.

Case: On “Heaven’s Door”, I did three songs with Isaac Hayes III and two songs with Guitar Boy who does a lot of stuff with Trey Songz. I did a song with Amadeus and my friend TL Cross. What I really wanted to do with this album production wise was to work with people who understood where I am and who I am as an artist. I want to make real music, have melodies and I don’t want to compromise that for anything. As long as they understood that, then we could do it.

YouKnowIGotSoul: Any collaborations on this album?

Case: Not on this album. I have one that we may do, but it’ll be a remix because it didn’t make the album. There’s one that I may have and there will be some other stuff in the future.

YouKnowIGotSoul: You got your start writing and singing backgrounds. Where did you get your start in the industry?

Case: Al B Sure was the first person to put me in the studio. I would reference vocals for them and come up for melodies. I did backgrounds for a couple of artists. I wrote a song on Usher’s first album and Christopher Williams’ album “Changes”. That was kind of my start. Just getting in the studio and learning how to write songs and structure them. That was the start and then Faith Evans wrote a song on my demo called “Don’t Be Afraid” and Russell Simmons heard it. He signed me based off that song.

YouKnowIGotSoul: You spent so many years on Def Soul. What were you looking to do after you left that situation?

Case: I didn’t have a plan. It was just to see what was next. Once I left, I started working on “The Rose Experience” and I ended up doing it independent. I wasn’t sure what I wanted to do, but I wanted to get away from the politics of the game. I felt it was smothering me creatively and it was taking away my love for the music. I never thought in a million years that would happen.

YouKnowIGotSoul: Are there any artists that you want to work with as far as duets?

Case: Actually I have a duet I’m about to do, but I can’ tell you about that yet. We’re going to keep it under wraps for now but it’s going to big. We were trying to do it for this album, but we’re going to wait. Trust me though, you’re going to love it.

YouKnowIGotSoul: Looking back at your albums, are there songs that you felt could have been singles if they had been picked?

Case: Oh yeah. On “Open Letter”, the song “Conversate” was supposed to be a single. On “Personal Conversation”, we were supposed to put out “Caught You” after “Happily Ever After”. You always look back at albums and think of stuff like that. It may have worked but it may not have worked. As an artist, you want all of them to be singles. It’s just not going to happen like that though. *Laughs*

YouKnowIGotSoul: What is your favorite part about being an artist? You’ve talked about some of your frustrations, but what do you enjoy the most?

Case: Being in the studio which is kind tied with being on stage. When you’re on stage and you’re performing, you instantly know if you suck or if you’re good. When you’re in the studio, you don’t know because there are people who are involved with it. They’re going to like it most of the time. When you’re on stage, you get that instant response which is kind of cool for me. I do like the process of coming up with new songs and creating something out of nothing. I really enjoy that part of it.

Case: The album is available now and it’ll be out March 31st. I just want to thank everybody as always for all their support and all their kind words that I’ve gotten over the years. I hope you really enjoy this album and see the same vision I saw when I started making it.