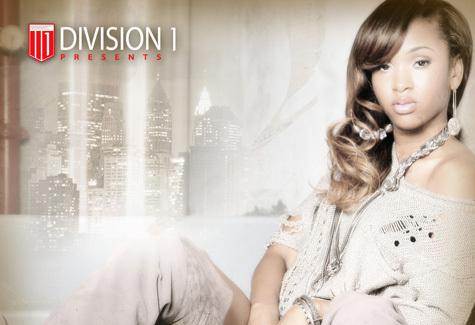 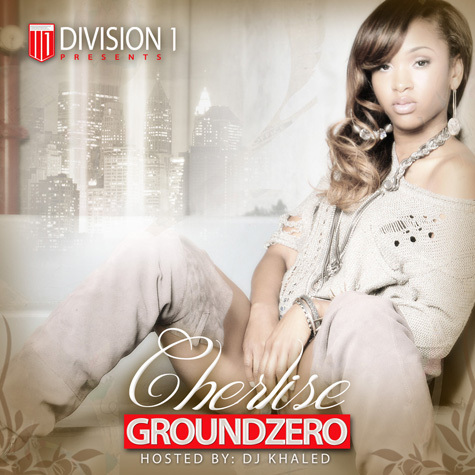 YouKnowIGotSoul had a chance to speak with Cherlise as she preps for her debut album. While many new artists enter the music industry recording music that doesn’t represent them, Cherlise has her mind set that she will come out of the gate with non-gimmicky music. With help from Rico Love and Lil Wayne on the first single, this former protege of Fat Joe looks to create a debut album which she promises to be a classic.

YouKnowIGotSoul: I read that earlier in your career, you had a chance to open up for Bobby V. and Ludacris. What was the experience like for you and what did you learn from watching them do their thing on stage?

Cherlise: Well, up until that point, I actually opened up for Bobby V. and them when they came to my university, so when I got the opportunity to open up for them, I did an original song. Up until that point, I had already performed the song a few times, so the audience surprisingly knew a lot of the words. As I sang it that particular occasion, they began to sing with me and had their hands in the air.

YKIGS: How would you describe your sound and style?

Cherlise: My music is very dance-driven and very sassy and definitely has a sexual tone to it, but it definitely is just fresh. If I just have to say it in words, it’s just a fresh sound and fresh feel.

YKIGS: A song that I remember from you a couple years back is your remix of Birthday Sex. Did you expect the song to get that much exposure to the point where it had 22,000 hits on MySpace?

Cherlise: Really? I didn’t even know that! No, I didn’t expect it to get that much exposure. I was in the studio late one night and I was really feeling the record at the time and I gave it my best shot, but I did get a pretty good reaction from it.

YKIGS: Another song I remember hearing is “Curious”. Tell me about that one.

Cherlise: “Curious” is actually a record that I was working with a producer and he told me that in the middle of working that week, he told me that song came to him in a dream and he gave it to me. He played me the record and I sang it and I got really attached to the record pretty quickly because it’s a very emotional song. That record was an opportunity for me to really sing. I really got a chance to sing and allow listeners to hear my voice, range and tone. It’s actually one of my favorites.

YKIGS: With the way music is now where we’re seeing rappers trying to sing and singers trying to rap, do you think it’s still possible to be successful with just singing?

Cherlise: I definitely think it’s possible to be successful with just singing and I think that a lot of times, artists don’t get to stay in their range and they try to do things that they aren’t necessarily that great at. I think when you capitalize on what it is that you love at heart then maybe if you want to dabble into other things, I think it’s definitely possible. I actually think that the people miss that. There are artists who are great at what it is that they do without stretching themselves too thin, so I definitely think that it’s possible. For myself, I hope to venture off into acting and everything else, but for now singing is my passion and my first love.

YKIGS: I read that you started writing songs when you were 13. What is your writing process like?

Cherlise: My writing process really depends. Sometimes I’ll sit down and write but I tend to get writer’s block a lot of times that way. I prefer for the producer to just play the beat and I go in the booth and just freestyle a lot of my records. That’s actually my preferred writing style.

YKIGS: How did you get a chance to hook up with Rico Love?

Cherlise: That meeting actually came about through my mentor Fat Joe. He had already established a relationship with Rico and he introduced him to me as an artist and Rico was very impressed at the time with records I had done on my own. He loved my tone and my sound and we found a great chemistry together. I ended up signing to his imprint maybe a year and a half later and we’ve been making music since.

YKIGS: You worked with Fat Joe and also did some background vocals on Nelly’s latest albums and you’ve also worked with Rico. What kind of advice have they given you and what have you learned from being around them?

Cherlise: What I’ve learned is just to stay focused and work hard. People can’t argue with success and hard work. As long as you stay humble and focused on your craft, you can only go up.

YKIGS: Talk to me about your single “Love You Right” with Lil’ Wayne. How did that song come together?

Cherlise: Rico was actually in the studio working and I heard the record and it immediately moved me. It had me stamped on it. I told him how much I loved the record and we cut it and I was able to hold my own with the heavy instrumentation in the track. Then Lil’ Wayne heard it and he loved it and he was graceful enough to bless me with his talents.

YKIGS: Give us an update on your album. Do you have an album name yet and can we expect any features?

Cherlise: I don’t have an album name yet because I’m holding off on the final product. We’ve been working almost three years on the album. You should definitely expect a classic album. As far as features, we have Jim Jonsin who is one of the biggest producers in the country and we have Earl and E. There’s a long list of people that we’ve been working with. As far as features are concerned, we have Lil’ Wayne right now. I don’t want to go crazy with the features because it is my debut album so I’m really looking forward to the world getting a chance to know me as an artist and just fall in love with my music.

YKIGS: In an industry where artists come and go in a blink of an eye, what do you think it is about you that will keep you in the music game for a long time?

Cherlise: I’m not coming into the game associated with any type of gimmick. A lot of times people come out and they’re being something that they’re not or their music is not a part of who they are. Everything that I sing, I bring my life into the record. So when you have a personal attachment like that to your records and you’re not just being something that people expect you to be, people tend to gravitate towards that a lot more. It sticks. With the music we’re creating, it’s not bubble gum music, it’s timeless music. I definitely feel like that’s what breaks me apart from your typical artist.

Cherlise: I’m just really excited for everyone to hear the music I’ve been working on. I promise a classic album.