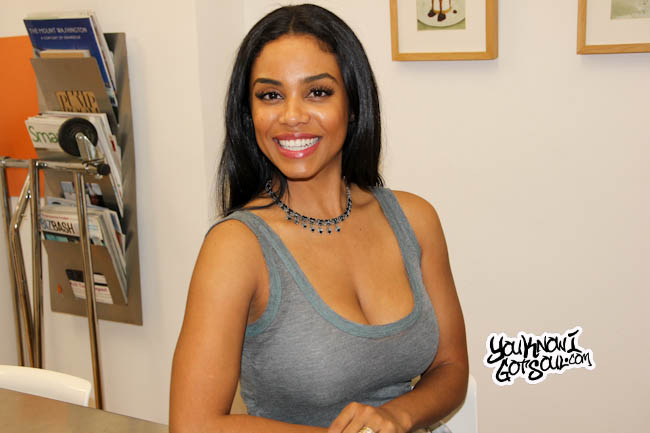 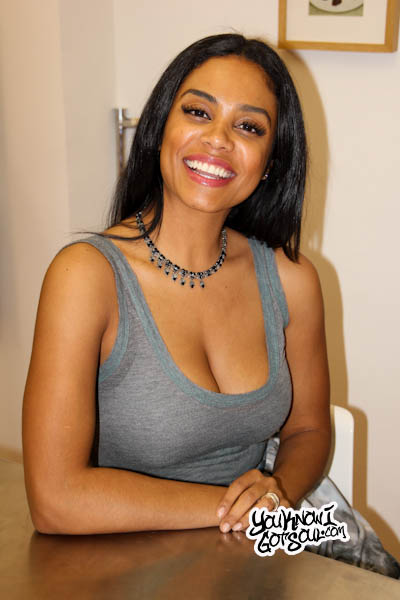 It’s been said many times that reality TV is helping to boost the r&b genre as a whole, and Claudette Ortiz is a prime example. After being out of the spotlight for many years and having her music career on the ropes, she got new life from a casting in the first season of R&B Divas LA. Once a superstar as part of City High, the opportunities for her to pursue her solo career are now endless. YouKnowIGotSoul sat down with her during a recent promo run in NYC and discussed City High forming as a group, failed attempts to pursue a solo career following the group’s split, how she was chosen for the show, how her new music is coming along and what’s next for her.

YouKnowIGotSoul: How did City High get discovered and signed to Interscope?

Claudette Ortiz: Well actually Robby was signed as a solo artist. We were all solo artists originally. Robbie was signed to Jerry Wonda’s label Booga Basement through Interscope. Ryan and I were actually just co-writing and co-producing on Robbie’s solo project. Robbie was more of an alternate sound, Ryan was the Hip Hop and I was the female voice. When they all saw us work together, it was suggested by our managers, as well as Wyclef and Jerry Wonda, that we should be a group because the music sounded best when it came together. We thought about it and I guess ultimately we decided to go in with that.

YouKnowIGotSoul: You guys had a huge impact with your debut album. What do you remember about creating it?

Claudette Ortiz: I remember The Hit Factory because Wyclef was working out of that studio. That was amazing to me because we were used to home studios and stuff like that. At that time, The Hit Factory was one of the biggest studios. Being on the fifth floor which was a very big studio, you could fit an entire orchestra in the soundroom. That was interesting and giving the original songs to Wyclef and Jerry and them revamping the songs with live strings. To see that come together was amazing and Jerry would take the bass and re-play it and turn our songs into very well executively produced music.

YouKnowIGotSoul: After the group split up, you did your thing solo. You had some collaborations with Wyclef, Nas and Ja Rule. What was that phase of your career like?

Claudette Ortiz: That phase was interesting because I didn’t really get to get into my own and who I was. I was just getting opportunities to be featured on these songs and it was a great opportunity. It was cool to meet all these artists I was a fan of and to be actually working with them. That was a dream come true and it was a lot of hard work too, but I really did enjoy that experience to the fullest.

YouKnowIGotSoul: Did you have a deal in place at that point as a solo artist?

Claudette Ortiz: The deal that I had was pretty much the same deal as City High. I was just directed with Interscope at that point, I was no longer with Booga Basement which was a joint venture with Interscope.

YouKnowIGotSoul: We heard your single “Simply Amazing” a few years back. Were you trying to make a comeback then?

Claudette Ortiz: Actually “Simply Amazing” wasn’t a single. Those songs that came out were just fans who got a hold of them and put them out. I actually just referenced that song. Ryan wrote it and Stargate produced it. Ryan was writing songs for them and I was with him all the time, so I referenced it then it was leaked because I referenced it. *Laughs* I kinda felt bad because that was Stargate’s song, but a lot of people actually didn’t hear that song so it’s kind of surprising you asked me about that.

YouKnowIGotSoul: Where were you at musically prior to R&B Divas?

Claudette Ortiz: I’m always doing music, but I was struggling to get in the studio. I was in a point in my life where I was trying to get back on track after moving and all of that. I was in a low point in my life and I was actually considering going to the air force reserves when I received a random text out of nowhere from one of the executive producers named Phil Thorton. I never really wanted to do reality TV show because of the fear of exposing my children and I didn’t like the whole drama aspect of it, but it seemed like the right show at the right time. After researching the first season and I prayed about it. I consulted my close friends and family and it seemed like a great idea.

YouKnowIGotSoul: How have things changed for you with your music since the show?

Claudette Ortiz: Well it’s easier to get in the studio now. *Laughs* When you’re doing something, people are seeing you more. More doors open and more opportunities are there. I’m able to create with people that I may not have been able to create with had I not did the show. That’s a blessing.

YouKnowIGotSoul: I know you’re working on new music. How’s that coming along?

Claudette Ortiz: That’s coming along very nicely. The direction is starting to unfold. Of course, I love full backgrounds so you’ll hear a lot of that as well as the melodic side. As far as conceptually, we are talking about some things I went through relationship wise and also I had in my heart to sing about something to give people a release through their struggle because during my time of struggle, I didn’t really find much to listen to that was randomly being played on the radio. I had to go into old songs, so I want to go back there a little bit. I want to touch on that and give people something to feel healing and uplifting.

Claudette Ortiz: I just had a meeting with Rico Love. I’m excited about that. I’ve worked with Jerry Wonda and I plan on reaching out to Wyclef. I’ve worked with Dre and Vidal and Neffu. That’s it so far, I’m not trying to be too scattered as far as the creation process unless we get a solid sound.

YouKnowIGotSoul: Are you looking to release the project on a label or independent?

Claudette Ortiz: Whatever the best situation comes along, I’m going to go with. We have some offers on the table that we’re considering. It’s exciting, but we really don’t know yet. I can’t say for sure right now.

YouKnowIGotSoul: There’s been so much change since City High first came out. What has been the biggest change you’ve seen in the music industry?

Claudette Ortiz: Social media has been such a huge difference. The connection that you can have with your fans and you can really communicate with them. I think that’s excellent. Of course we have the computer sales and being able to download songs finding something on YouTube. Everything is digital. When we were out, there weren’t even ringtones yet. There’s a major difference there. I think it’s good and in some aspects it could be bad too, but I like that if I have something that I really want people to hear, sometimes it can be upsetting because you want to sell the song, but if you know the song isn’t going to come out and nobody is going to hear it, you want it to come out even if it’s for free. I like that side of things where people can still hear your stuff even when you don’t have the backing of a major label that will put that marketing behind it for the mass to hear it. You can at least put it on the internet.

YouKnowIGotSoul: You’ve been given another chance at this. There are a lot of artists that were signed back in the 90s and 2000s who are struggling now to make it back to the spotlight. What could you say to them to keep believing?

Claudette Ortiz: Yeah, this will always be my heart, but I was ready to let it go because we need a way to provide for ourselves and our families as well. Sometimes you have to do what you have to do. I have to provide, so I can’t continue chasing this forever. I can’t tell anyone anything because I don’t know everyone’s situation, but I can tell you what I did, I just took a second and I talked to God and what was right is what happened, so whatever works for you, just sit and talk to God.