SWV Discuss Getting Back in the Studio Again, New Music, Challenges (Exclusive Interview) 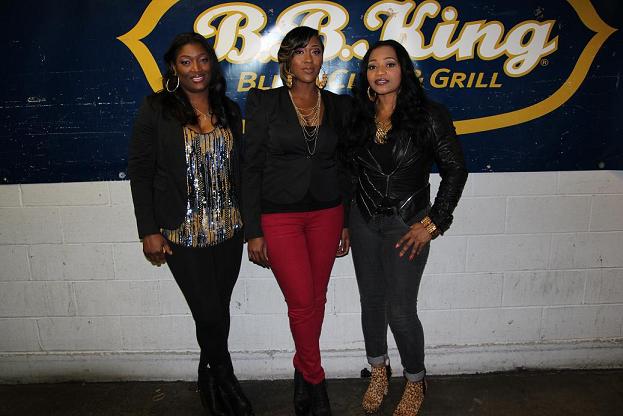 Last month, YouKnowIGotSoul had a chance to catch up with legendary group SWV backstage at BB King’s in NYC where they were hosting RnB Spotlight. During this brief interview, they discuss how they knew it was the right time to get back in the studio again, what their music will sound like compared to their older material, the biggest challenge of remaining together as a group, and what their favorite time recording together as a group was.

SWV (Coko): It’s fun. Nothing much changed with recording. I’m not a huge fan of the studio, but we get it in. We knock it out pretty quick. I’m excited to get the music out to the fans to hear.

YKIGS: How did you guys know this was the right time to come back?

SWV (Taj): The lord told us. It’s not the timing is right or anything. It was just meant to be.

SWV (Lelee): And the industry is so dry right now. It’s like a drought. It’s horrible. They need us.

YKIGS: How is your music going to sound like compared to your older stuff? Is it going to be influenced by the newer stuff?

SWV (Taj): Hell no! We’re going to do the classic. We won’t deviate from the original sound.

SWV (Coko): It wouldn’t be us. We have to stay true to who we are. SWV has a classic sound of its own so why would we want to sound like anybody else other than SWV?

SWV (Lelee): And we never take other artists to studio with us when we’re recording, so it’s all SWV!

YKIGS: With the way social networking has changed with Twitter and Facebook, have you noticed your fans waiting for you to come back and do this project?

SWV (Coko): Definitely. They hit us on twitter everyday about how much they love us and listening to all the old stuff and they’re excited about the new music coming. They’re waiting and they’re ready.

YKIGS: So many groups especially from the 90’s have broken up, but you guys are back together. What’s the biggest challenge of succeeding as a group and staying together?

SWV (Taj): We’re always open and we’re on it right now by ourselves.

SWV (Lelee): We want to reach those new fans. People who know the songs, but don’t necessarily know SWV. We want to get those fans and them to know us.

YKIGS: Why are there no groups out right now?

SWV (Taj): Because they’re dumb. *Laughs* I think it’s a formula that people need to follow and some people try to be too different. I can’t say who in particular, but for some reason the groups that have come out have not been able to have longevity. Why? I have no idea. I just know SWV is still around after almost 20 years so we’re apparently doing something right.

YKIGS: After the last album would you guys have been okay to call it a career as SWV? It seems like every music fan I run into loves SWV and many consider you guys the best female group out of the 90’s. Would you have felt comfortable ending it there?

SWV (Coko): For me, no because I don’t think we were really done. We still have more to do.

YKIGS: From each of you guys, of your albums what is your favorite or what is the one you had the most fun recording?

SWV (Lelee): I’ll say our first album, we were clowning that whole first album. We were rapping, we were corny.

SWV (Coko): We just want to thank all of the fans for the love and support and we hope you keep supporting us because we’ve got new music coming out that we’re sure you’re going to love.