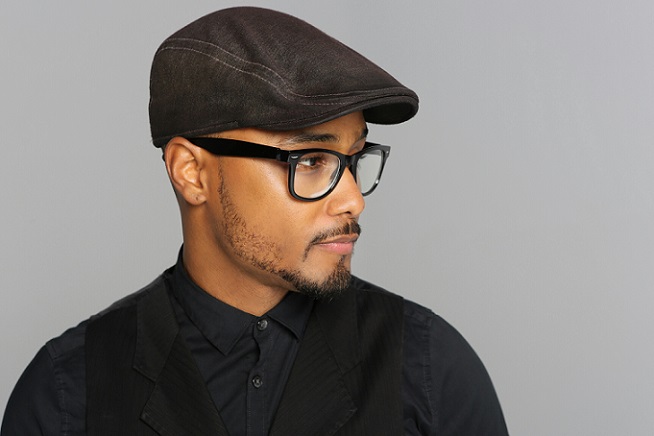 George Tandy Jr. should be looked upon as an inspiration to the countless talented upcoming artists out there. After all, it was just recently he was working at a barista at Starbucks, long before his management team would discover him, help take his single to #3 at Urban A/C Radio, sign to Republic Records, and release his debut album. He never gave up, believed in his talents, and kept a positive outlook and now he’s living his dreams. Republic Records just released his debut album “The Foundation” this week and it immediately shot to #2 on the iTunes charts. He’s come so far to get here, but this is just the beginning for this budding r&b star. YouKnowIGotSoul caught up with him after his performance at this year Essence Music Festival and discussed what to expect on his debut, the success of his smash single “March”, and what’s next.

YouKnowIGotSoul: Introduce us to your debut album “The Foundation” and what we can expect on there.

George Tandy: The album is out now, it’s called “The Foundation”. There are eleven tracks on there. I’ve been sitting on this music for eight or nine years with the exception of some more recent songs and just to be able to share it with the world on a national-scale, it’s just amazing. Dreams come true.

YouKnowIGotSoul: You had so much success with “March” which was top five on Urban AC. Talk about the doors that the song has opened as a result of that song.

George Tandy: It’s been amazing. “March” has resonated with people in such a way that I’m getting requests to do shows in areas that I didn’t think I was going to be able to go yet. I mean Essence is one of those spots. We got here based on the success of that song. It’s been awesome and the feedback that I get is the same as the intention I put into the song. From an artistic standpoint, that’s very validating. From a business standpoint, for your song to get that high up on the charts, it kind of makes everything better.

YouKnowIGotSoul: Talk about your new single.

George Tandy: We released “Jaded”. It’s on iTunes now. “Jaded” is very dear to my heart, I wrote it around the same time I wrote “March”. It’s the ultimate apologetic song, but it’s more than that. It’s a “I’m going to take the right action in this relationship” so you run into the girl, she’s your ex, you know there might be tension, but if you don’t take the opportunity to share this revelation, you’ll be taken for granted the connected you already had. Say what you have to say before she gets too upset, that’s why it’s called “Jaded”.

YouKnowIGotSoul: What do you want people to feel when they hear your album for the first time?

George Tandy: I put everything into this album, it’s my whole life. It’s the spectrum of the human condition basically. The emotional realm, it’s all in there. I feel like I put a lot of passion into every song. There’s some fun stuff on there, some laid back stuff, sexy stuff and introspective stuff. I just want people to feel proud of the purchase and I want it to be a part of their music reference where they can go to it with confidence all the time and they can just put it on. That’s what it did for me.