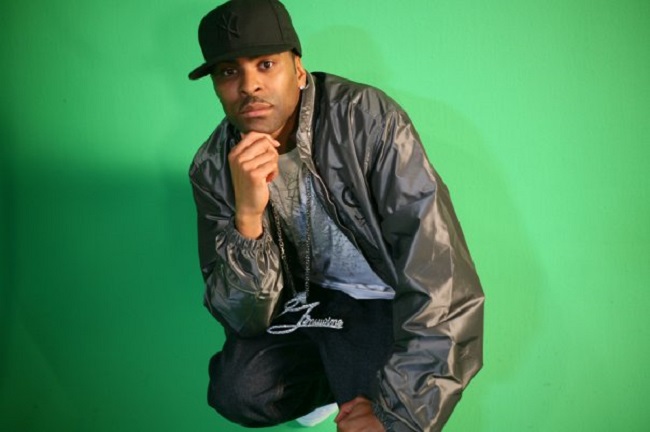 Just about a decade ago, Ginuwine released his second album “100% Ginuwine” and proved to the world that there was no such thing as the sophomore jinx. Backed by Timbaland’s production on that CD, Ginuwine was able to solidify himself as one of the top stars in R&B with hits like “What’s So Different”, “So Anxious” and “None Of Ur Friends Business”. The multi-platinum album was a success both critically and commercially, but the impact of the CD may be the greatest achievement of all. The album’s influence is definitely noticeable if you begin to think about some of Timbaland’s later projects. Some have argued that the “100% Ginuwine” album is the blueprint Justin Timberlake’s music with Timbaland. YouKnowIGotSoul had an opportunity to talk to Ginuwine about the creative process behind that album, his thoughts on the upcoming Jodeci reunion, the success of TGT and his plans for his new solo album. Ginuwine also touched on almost giving up music until his fellow group members Tank and Tyrese re-energized him with the TGT project.

YouKnowIGotSoul: Your “100% Ginuwine” album came out 15 years ago and it has been called your best body of work. The music and the production were great, but the interludes really stood out as well because they were so creative. What was the approach to making those?

Ginuwine: I came up in a family of Jodeci, so that’s what we always used to do. I met them in 1990 and I stayed with them until 1996, so that was embedded in me. It’s something that just came natural. I always believed artists were just putting out records and not making it an event or a movie. That’s what we wanted to strive to do and just make it a movie. We just wanted you to put the CD in and envision what you’re seeing all the way through. That’s why we did that. I think it turned out pretty good and everybody loved it. It is my best body of work.

YouKnowIGotSoul: Even in the interludes, there were hidden songs in them. What happened to those songs?

Ginuwine: A lot of those songs didn’t get cleared nor finished and a lot of them were just ideas, but there’s one that everyone always asks me about. They always ask me about that and I wish we would have finished it. Static Major wrote it, but we didn’t finish it. I would love to find it because that’s one of the songs people always ask me about like “Why didn’t you finish that song?” I’m like “Static never finished it.” *Laughs*

YouKnowIGotSoul: Speaking of Jodeci, we’ve read that they’re working on a new project and Timbaland has announced that he will be working with them. Are you surprised by that at all?

Ginuwine: No I’m not surprised by that at all. I was hoping that Timbaland would definitely do that because without Devante, there wouldn’t be us. It’s great to get to a level and then realize what got you there and what really started you there. His talent actually got him there, but what actually opened the door for him is Devante. It felt good to know that. I just hope that Tim and I get to work together again.

YouKnowIGotSoul: TGT’s “Three Kings” album was nominated for a Grammy. I feel like that project sparked your interest in music again because it seemed like your passion in music was gone. Do you think that project brought you back?

Ginuwine: I believe that brought me back and brought me to the forefront with the people and gave me relevancy again to the point of where music is now. I’ve always continued to do shows and always continued to just be out there and do what I do, but that brought me to another level because I was pretty much done. I was pretty much going to do what Frankie Beverly does and just tour off all the songs he’s already done and try to get in the right mix with that crowd. But Tank and Tyrese really helped me to get back into music and I’m still growing now. It’s sort of a new beginning for me.

YouKnowIGotSoul: It was your vision to put the group together back in 2007. Do you feel like you’ve accomplished what you wanted to do or is there more to do?

Ginuwine: Not yet because there’s a lot of different things going on within the group. We have to give that time first. That’s expected when it comes to three powerful entrepreneurs and successful solo artists. Everyone has their family, so for all the families to gel, there’s going to be some friction. But once we get that together, there’s not going to be a lot that can stop us.

YouKnowIGotSoul: You’re currently working on your solo project “Old School Young”. Who have you worked with on the project?

Ginuwine: I’m working with everybody. I’m working Tank, The Underdogs, this guy named Motif, Lamb who did SWV’s project and I’m trying to work with anyone who is just trying to bring Ginuwine back. I knew if I was a producer and I saw an artist that’s still working, but is just trying to find his way and is still relevant, but just needs that one hit, I would be the one trying to get that because people are still supporting me, people still like me, people still come to my shows and they sell out. That’s what it’s about. It’s about believing in an artist and helping that artist build. I love a person like Pharrell that caters to artists as far as their music and getting them back. Like Robin Thicke, he wasn’t gone but he wasn’t right there and Pharrell gave him that hit and made people pay attention. For people like Pharrell, I love them because they see the vision and they actually see the challenge as well. When you see the challenge and you take that on and it can be a flop or it can be a hit. So when someone sees the challenge like that, you have to give them props when they succeed and I give Pharrell props.

YouKnowIGotSoul: You’ve been in the industry for so long and you’ve had number one hits and albums. How do you measure success now?

Ginuwine: Now it’s hard because you always measure success by what you did last. It’s hard to measure that because it’s something that just comes. If someone can just make a hit, they would do it everyday. But you can’t make a hit that you know is a hit every day. The people make it a hit, so I just go in there and try to do what sounds good to me. If it sounds good to me and I hate my voice, so if I’m willing to listen to my voice over and over again, it’s a hit. Guaranteed it’ll be a hit.