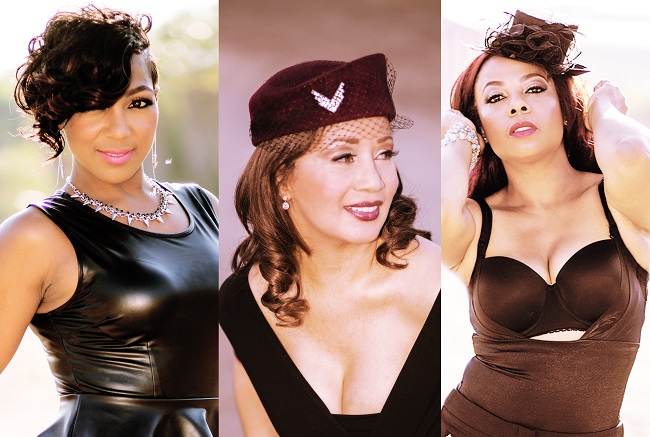 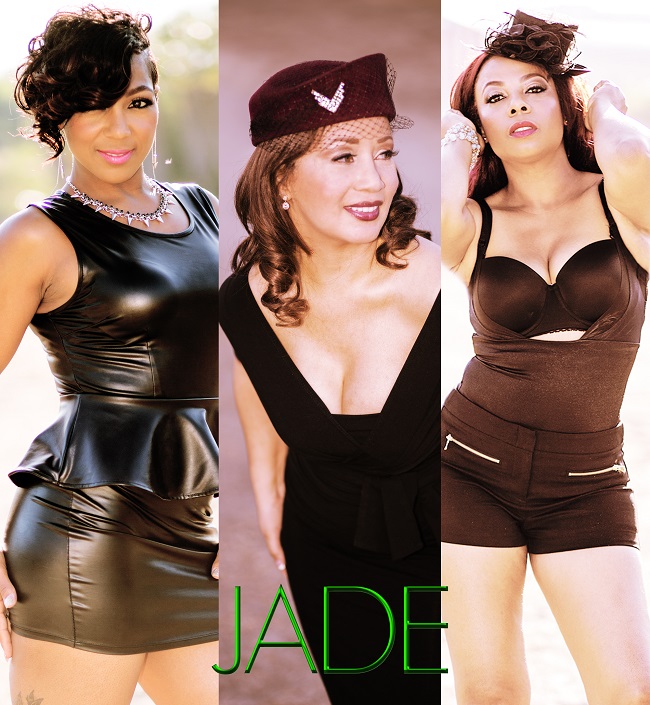 In the current landscape of r&b music, it’s the perfect time for many of the 90’s groups to reunite because of the impact they can have via social networks. Although Jade had disbanded well over a decade ago and each member had gone on to the next phase of their career, their fans were able to reach them online and express interest in having them do new music. Pretty powerful stuff, huh? So two of the original members, Joi and Tanya, have decided to move forward with the group and replace Di with a brand new artist to keep the group’s signature harmonies intact. YouKnowIGotSoul caught up with the group to get the scoop on what brought them back together, what they were up to during the hiatus, the decision to add a new member, what they have in store with new music, and more.

YouKnowIGotSoul: Talk about this comeback you guys are making. It’s been a long hiatus and you guys are working on a new album now. What caused the decision to come back with new music?

Jade (Joi): Our fans actually. We have been getting walk ups, drive-byes, e-mails, and social media messages forever asking us to come back. We just made the decision that we should. Even though we have busy lives and we’re doing other things now, we can still comeback and now would be a good time because so many other groups are making their resurgence. So we feel we’ll just continue our journey and come back out with some new music.

YouKnowIGotSoul: Is it true that you guys have also added a new member?

Jade (Joi): Yes, Myracle is her name. Di is touring with Rod Stewart and she wanted to stay on that journey. So we thought we’d come out and get a fabulous and beautiful singer, and she was available. I met her through a producer friend of ours, Def Jeff, and she fit right in. We worked it out.

YouKnowIGotSoul: Was it ever an option to move forward with just two members?

Jade (Tonya): It’s a great question. I think for our Jade sound, people remember our harmonies so we wanted to recapture that sound. In the music business, you’re doing it for yourself but you’re also doing it for people. You just stick to what they know and then you introduce them to something new. Our harmonies are definitely part of our signature sound so capturing those tones and those notes and all of that is part of our signature.

YouKnowIGotSoul: The new album is called “Continuum”. What can we expect to hear on there.

Jade (Tanya): We are actually doing singles right now. You are going to hear some classic r&b, some pop, some uptempos. Lyrically, content that is sticking on love, on relationships, and life and trials and tribulations; growing up. Stuff that will touch your soul.

YouKnowIGotSoul: Since it’s been so long since your last album, have you guys made an effort to make your sound more current?

Jade (Tanya): No we’re stuck in the past fool! *Laughs* No we’re sticking to what we do and staying relevant and keeping the brand current. We’re not afraid to jump in that lane of what’s current because we’re not locked in a cage somewhere, the new stuff is attractive, we’re just bringing our Jade flavor to it.

YouKnowIGotSoul: You guys have mentioned that the fans have requested you back. For r&b fans as a whole who might not have thought about Jade in awhile, will it be tough reintroducing yourselves to them?

Jade (Joi): Well I think whether you’re a current band or you’re new coming off of The Voice or whatever the new trend is to find talent, it’s rough out there. It’s difficult because there’s so much traffic and so much going on. It will be a journey to get people to remember Jade, but social media has been a creative artists friend. I don’t think it will be too tough. If it is, we’re ready for it, we’re ready to show up and show out and remind people that there’s talent out there and we’re part of that breed of artist that has substance beyond the videos. We look forward to it no matter what.

YouKnowIGotSoul: Are you guys looking to release this project independently?

YouKnowIGotSoul: Can you guys touch on what you were up to during the hiatus?

Jade (Joi): I wrote a book on the music business; we always did music outside of the business. Music is an art so we individually we all kept that creative foot in the door. I also taught, I worked a job and raised a child who’s about to go to college in the fall.

Jade (Tanya): After the group disbanded, I worked on a movie soundtrack for Disney and for Trimark Pictures and a couple of big movies that came out that I had opportunities to work as the soundtrack. Then I ventured into interior architecture and design and I’ve been designing multimillion dollar estates and homes from the construction end to the decorating end. The home that Michael Jackson passed away in, I designed that home with the developer. I’ve worked with Toni Braxton. I’ve worked on Sylvester Stallone’s new home in Los Angeles. I’ve been blessed. That’s why I stay in touch with Joi, because she’s always been very on point with the music business, so when I stepped away completely and nurtured my design skills, I’ve always lived through Joi while she recorded her debut solo CD.

YouKnowIGotSoul: When you guys were in the group originally, you were successful. The first album was Platinum, the second album went Gold. What caused the hiatus?

Jade (Joi): How much time do you have? *Laughs* To tell you the truth, it’s a heck of a reality show. When you go and generate 10s of millions of dollars for people, and you turn around and you’ve got what you came in with. Being an artist, our job is to make it look easy and fun and to entertain people. It’s a lot of hard work. It’s a blow to everything you know when you look around and they’ve got money and you don’t. It can take a toll. Then life happens. You just spend the time doing other stuff. Of course our label folded.

Jade (Tanya): They really had a rough time. The president of Giant Records never really was quite able to plant his seed the way he wanted to with Warner Bros. which was the subsidiary. I remember every time we would come off of the road, we’d come back and there was new staff. That’s why you’ve gotta start the engine over and over again, and eventually it floods out. In addition to us having our own individual issues with the record labels amongst ourselves, the foundation was never strong with the record label. It was like everybody was throwing projects out there and seeing what hit, and ours happened to hit, so they ran with us.

YouKnowIGotSoul: On a more positive note, what do you guys remember about creating your platinum debut “Jade to the Max”?

Jade (Tanya): We stayed in the studio until 3 or 4 in the morning and it was a family atmosphere, so the fun of making the record and learning from one of the great producers that we had a chance to work with. Just coming up with harmonies and developing the sound and then you stand back and look at it like wow, we really did that! Then you hear yourself on the radio. Being in the studio, we didn’t really know each other, so you had certain moments where you would feel like it was very organic, like “Wow, that’s what we sound like together?” It almost felt like we were developing the Jade tribe. At the same time we were learning each others craft and skills. I think we never really got a chance to get each others personalities but more so we knew each others talent. We had a single on the Class Act soundtrack, so once that hit, we had to hurry up and record an album. We did the album in almost 30 days. It was all about showing up and doing your job and delivering what you came to deliver.

YouKnowIGotSoul: How did you guys originally get discovered?

Jade (Tanya): We were actually put together by the record label. I was working with the producer of Jade’s first record, and he told me about this fabulous singer Joi who was also from Chicago. Then there was a group prior to the Jade that came out. I met everyone through the producer.

Jade (Joi): Jade was originally three different members. We had done showcases and that type of stuff and were in the process of signing with a label. The producer was looking to put together a girl group to mimic the success that she had with Color Me Badd. It didn’t really work out for the other two girls in terms of them being able to deliver what the producer wanted and what the whole image campaign was. Those two girls were my friends, but I decided to just continue on. I had heard Tanya when she was doing demos, so I’ve always loved her voice and asked who she was. Then we met Di through Eddie F the vocal coach, and she sang for us.

Jade (Tanya): Yea it was just Joi and I and Di wasn’t added until later; she wasn’t on the original Class Act Soundtrack. When we heard Di, we knew it would work.

YouKnowIGotSoul: Anything you guys want to add?

Jade (Tanya): Our single “Baby Luv” is out now and it’s available on iTunes.