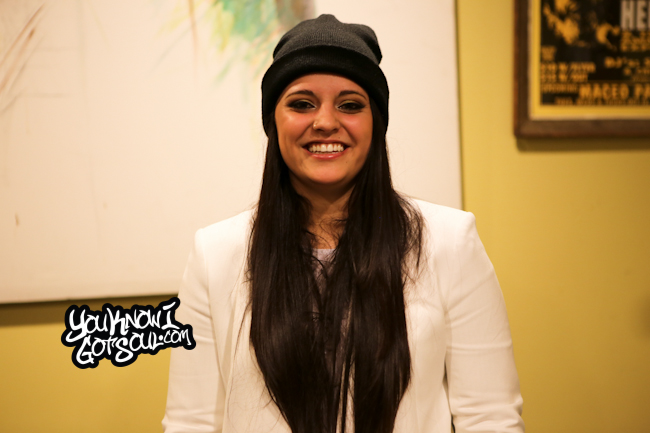 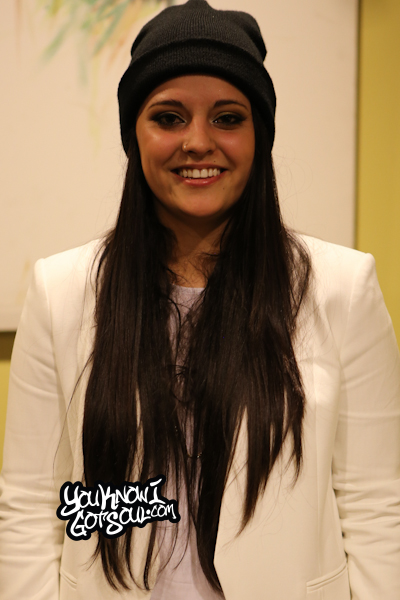 Through the years, r&b and hip hop have seen many great talents emerge out of Canada to eventually become superstars in the U.S. and globally. Kiki Rowe just might be the next in line. Not even 20 years old yet, she cites fellow Canadians The Weeknd and Drake as influences, and she already has DJ Mustard and Ivan Barias produced songs under her belt. She recently performed at our Sol Village show and really made a statement; proving she’s ready to take the U.S. by storm. YouKnowIGotSoul sat down with her after that performance and discussed her Toronto upbringing, her debut project, plans to expand globally, what’s next with her music, and more.

YouKnowIGotSoul: Go into your upbringing in music and how you got your start.

Kiki Rowe: I used to just write and have fun with it and play the piano and write songs and mess around. Then this rapper in my area, a local artist, he was like “Come to the studio, you can do some background vocals”. So I said why not. I went there and started singing and I was like “Wow, this is sick, it sounds really cool in an actual studio!” Then I got the engineer’s number and started recording my own song with him in Toronto. Through that, I started coming up with a little catalog of music, and that’s where I met my manager in Atlanta at a conference. He really liked my music and he gave me a few beats to write to which were “Be Alright” and “Go Getta” which features Maino and “Too Good to Be You”. We’re working now and he’s introduced me to a bunch of really interesting people and I’ve been working and traveling and performing.

YouKnowIGotSoul: Those songs came together to make your self-titled project. How did you pick those songs out of your catalog to go forward with?

Kiki Rowe: I think we just put our best foot forward and realized that r&b type music is where I excel so we did a couple of songs and we just picked them based on what we thought was best for me and the whole album in general.

YouKnowIGotSoul: You did a song with one of our favorite producers, Ivan Barias [Carvin & Ivan]. Talk about that collaboration.

Kiki Rowe: It was awesome. He actually just sent beats over and I listened to the beats, picked that one, turned the idea right out. Right when I heard the beat, the melody just came into my head. I wrote the song and we released it and he liked it too. We decided to put it on the album. I’m also going to have another song with him coming out too.

YouKnowIGotSoul: You also have a DJ Mustard produced record, which is a very different song than we’re used to hearing from him. How did that come about?

Kiki Rowe: That was the same thing, my manager got him to send us some beats. We went through them and it became “Trust Issues”. For that song, I was messing around at the piano a bit and found the same key as the beat and kinda wrote it on the piano and put that melody into the beat and it came about.

YouKnowIGotSoul: You came to New York to shoot the video for “Go Getta” with Maino. How was that experience?

Kiki Rowe: That was awesome. Unbelievable. Just seeing Maino work in the studio and seeing how he works. He literally wrote the verse in five seconds, it came out awesome. He’s a really humble, funny guy. T.I. just randomly popped up in the studio with us and that’s how he ended up in my video as well.

YouKnowIGotSoul: You also have a brand new single that you just released “Look Who’s Alone”. Talk about elements that you introduced with that and how you feel about the song.

Kiki Rowe: I think that song is important because I was in a relationship and he was kinda selfish, so basically the song is about “Look who is alone now!! I’m doing my thing and you’re there chillin!” *Laughs* That’s basically it. It’s important because we’ve already got a lot of good feedback and the fact that Entertainment Weekly premiered it is amazing.

YouKnowIGotSoul: Being an artist from Toronto, do you feel pressured to come to the U.S. to establish your music career? We’ve encountered many artists from Canada who’ve told us they’ve had to do that.

Kiki Rowe: Honestly, it’s not anything to hide. If you do things in the U.S. it will make you more established and known as an artist. There are more opportunities. Canada is great and I want to be known in my hometown but I want to be more known as a worldwide international artist.

YouKnowIGotSoul: Who are some of the influences you have from Toronto and Canada?

Kiki Rowe: Drake is definitely a huge influence. Not just because of his music, his music is awesome, but just because he’s such a humble guy. He loves music and you can tell he’s doing it for the right reasons. Also The Weeknd is a big inspiration for me also. Those are probably my biggest influences.

Kiki Rowe: Yea, we released the album last year and we’re constantly working and writing and recording and performing. Basically just constantly writing for the next album. We’re going to keep doing videos for the songs as well, basically the same process, just another album coming.