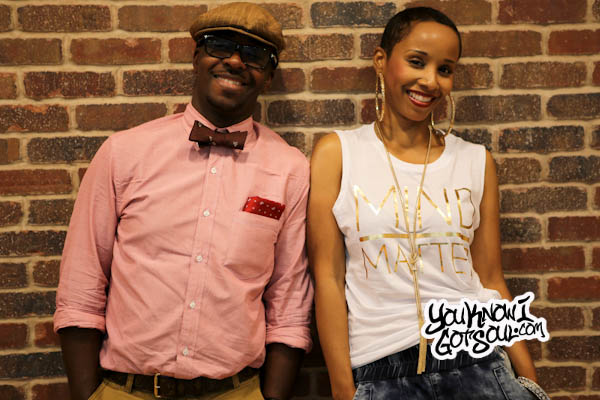 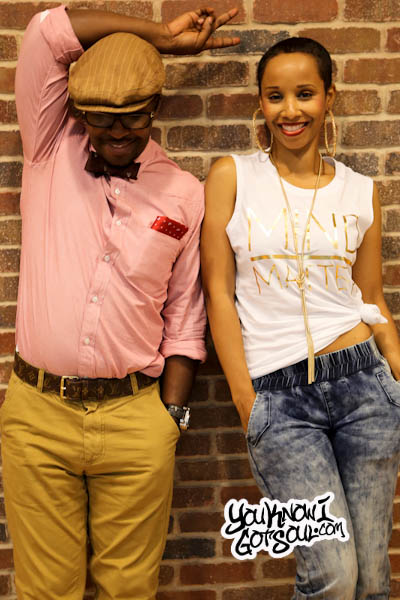 Since emerging onto the scene with a successful rap career in the late 80’s, Kwame has evolved into one of the premiere producers in hip hop and r&b. His latest venture is through his own label Make Noise on which he signed Vivian Green and released her latest album “Vivid”. Not only did he handle all of the production on the album, but he infused energy into Vivian’s music and helped craft one of her best albums to date. He’s managed to do the same for many other r&b artists as well over the years, including same of your favorites that you probably didn’t even realize. YouKnowIGotSoul sat down with Kwame during a promo run for Vivian Green’s new album and discussed signing her, producing her new album, and the new generation of producers.

YouKnowIGotSoul: You produced Vivian Green’s whole album “Vivid”. Talk about the work you did on that project.

Kwame: Well, the name of the album is “Vivid”. It’s an interesting album because I think that she has two types of fan bases. You have the mainstream listener and that’s somebody who is listening to the radio and they hear whatever the popular song is and they attach themselves to that song. In Vivian’s case, that would be “Emotional Roller Coaster” or “Gotta Go Gotta Leave”. Those were the records that were heavily pushed by Sony when she first got signed in 2003. That mainstream audience knows that. Then you have her core audience and then it’s those first two albums and then her indie albums on eOne. They know album cuts, singles and singles that didn’t do as big. They know her core music. “Vivid”, which is the album I produced, I’m trying to bridge those two audiences together and also attract a new audience. A lot of the older audience, they know her for a uni-dimensional thing. It’s the girl that can get you through some heartbreak at a particular time, but they don’t know the funny girl or the argumentative girl. They don’t know the different facets that Vivian is as a writer and as an artist. I think I did a great job at it. It’s up to the people. My jobs is to bring those different facets out. We have songs that will get you through some things, but also things that will make you laugh and reflect on things. There are spiritual songs as well. It’s like a diamond. You hold it up to the light and you see all the vivid lights that it casts and all the dimensions. That’s the whole point of the album.

YouKnowIGotSoul: The single “Get Right Back To My Baby” is blowing up right now on radio, but I read that she fought you on that single.

Kwame: She didn’t want to record that song. *Laughs* I want to thank you guys for dropping that and being the first to post it. Literally a year ago, we were in the studio recording and it wasn’t the first song we recorded. It was one of the dopest songs we recorded at the time. I was like “You haven’t been around in three years. People need to know that you still exist. You can’t be in a space where you’ve been gone all this time and expect things to be the same when you get back”. There’s no way. It’s like a dude getting out of jail with no contact with the real world. There’s a new iPhone out and new things that happen. I was like “Let’s do this record” and she wasn’t used to singing with any samples on it or anything that was uptempo. She was like “I don’t think this is me” because it wasn’t in her box that she put herself into in all of these other albums. That’s not a bad thing, but she put herself in her comfort zone. The thing about an artist is that you have to expand your artistry. I did this record and we recorded it. She’ll tell you, I made the track and wrote the hook. I had to sing the hook and convince her. Once she sang the hook and filled it with the verses, we came up with a dope record. After it was done and I mixed it, I was like “I’m going to drop this online!” I didn’t even tell her and she was pissed! At the same time, we reached out to Frankie Beverely. We didn’t know what this record was going to do and we didn’t have a deal. I just wanted to do one or two songs. I didn’t know what was going on. We had to go through anybody that knew him like his daughter and tour manager to get his blessings. If you count now, it took that ground work of people talking about it and accepting a different facet of her sound and accepting all of that, that helped achieve the situation I’m in now. The whole album was recorded and honestly, we were shopping with labels. We were getting deal offers and they were dope. A situation came in front of me like “Why don’t you just put your own thing out?” People knew I was doing some independent stuff with the Make Noise thing, but for Capital Records to jump on it, I was not expecting that. It helped propel the record to where it’s going. We’re top 15 on the radio. We didn’t think about charts or how many stations were going to add us. We didn’t think about that. We just had a dope song and we just wanted to see that people like it.

YouKnowIGotSoul: Talk about your partnership with Capitol records and Make Noise.

Kwame: I’m a superhero geek. Mostly I explain things in superhero terms. Make Noise is like baby Superman. When his father Jarrell had this kid, he knew he was about to launch this kid onto earth and when he learned him to earth, the potential that his son has is going to be incredible. It’s going to be limitless potential. That’s how I feel about Make Noise. It’s still that baby Superman. I know there’s so many things I want to do with this label and with this company. I’ve been planning this in my mind for over ten years. The first step is to hand select the artists that I work with and do collabs. I prefer singer/songwriter/rapper/artists that can connect to what I do as a producer and do these collabs. I want it to feel like a joint effort between me and the artist. I don’t think I’m that dude that’s like “Send me some beats!” I’m not really on that like that. This is what I do and I want to link up with what I do to that other artist and what they do. On the R&B side, we have Vivian Green. On the Alternative Hip Hop side, we have Beyond Belief. I’m most likely going to do a project as well. I can focus my musicality and put it on one album. You never know what you’re going to get. You might get me spitting some verses or you can get Vivian spitting some verses. It can be anybody that comes through and as a collective and works on the project that i want to do. I’m more of a visual artist so I want to be on stage with my drum machine and live instrumentation. The way I make a record, I want to bring that to the stage. That’s for when I do my thing. That’s what you’re going to expect to see. Make Noise just did a soundtrack for a Christmas film on Lifetime called “Seasons In Love”. We did that for this last Christmas season. We’re working on other projects as well. It’s going to be multi-facet types of music projects coming out. To sum it all up, it’s basically me as a producer, the artist as an artist and we’re coming together and we’re putting out quality music. I can’t do and what I won’t do right now is do something so trendy and gimmicky just to get that paper. I can’t find the next whoever with the new dance and I put on some snap beat or trap beat. I want to make music with artists people believe in. My first couple of artists may be people you already know. I want the audience to say “He’s working with Vivian Green. We know she can sing. We know he can produce.” I want people to feel confident that the project is going to be that interesting. Millions of records can get sold and that’s awesome, but it’s going to just be dope music. When you see that artist, it’s going to be a dope. I take pride in that. It’s like quality control and I take a lot of pride in that.

YouKnowIGotSoul: Social media has changed the production game because a lot of people give away beats for free now. Does that make the producer game more competitive now?

Kwame: That’s the whole point of Make Noise. If I don’t like the way the game is going, i have to make my own game. I’m on my own game board right now because I understand the process that a lot of producers are going through. The free beats or 99 cent beats, do what you have to do. Sometimes the ends are greater than the means. You don’t need that giant upfront fee if you’re guaranteed a dope single, but if you’re giving your beats away and somebody is throwing it on the mixtape and it’s floating around in the internet. You can tell your friends it got 10k hits on Soundcloud, but that’s never going to feed your grand kids. I have a catalog of music. I’ve been making music since 1989. When I’m not here, my son is going to be able to eat. My grandchildren will be able to hit because I’ve established a catalog of music. When you’re giving stuff away for free, how do I know what you’re giving away? You could be giving away your publishing and all your rights. I know artists who come out with hit records and they don’t know who the producer is. They’ve never met him and they found the beat online somewhere.