Lalah Hathaway Talks New Album “Where It All Begins”, What Inspires Her to Keep Making Good Music (Exclusive Interview) 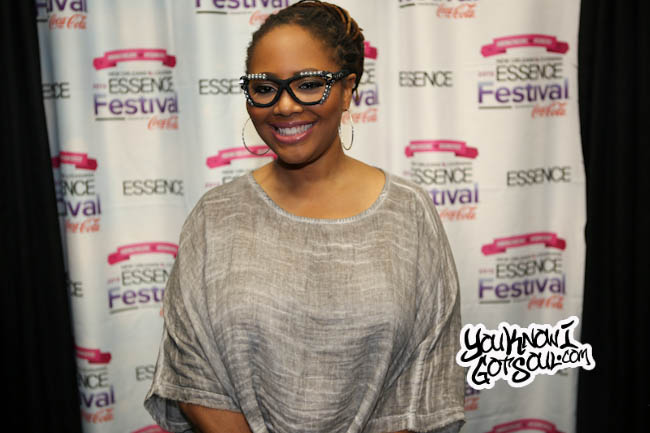 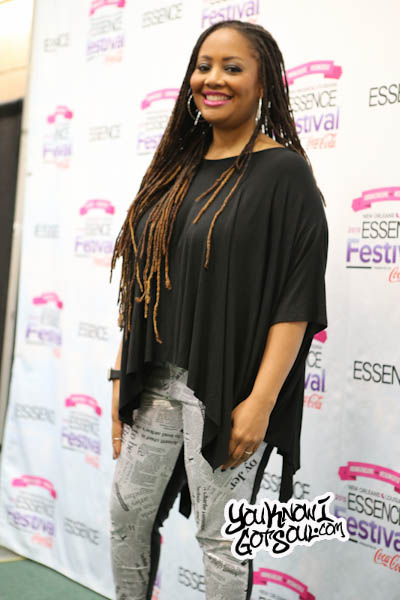 As a follow up to the media teleconference we had a chance to be a part of a couple of weeks back (click here to read), we also got a chance to speak to Lalah Hathaway individually in advance of her new album “Where It all Begins” due out October 18th. For this interview, we talked about what she hopes fans will get out of the new album, the album being a “love letter to her parents”, working with Rahsaan Patterson, continuing to find inspiration after 20 years in the industry, and much more.

YouKnowIGotSoul: Your new album “Where It All Begins” will release later this month. What can fans expect to find on there?

Lalah Hathaway: What I’m hoping they experience is kinda of a 360 experience with me. There’s a lot of variation, a lot of light and shadow kind of on the record. It’s sort of a variation of tempos. What I hope they have sort of find is what we do live, they have sort of that live experience which his “Wow, I didn’t know that was going to happen!” I also hope that they hear some of the stuff that they love, some of the fan favorites like “I’m Coming Back” and for people that are new to me, I just hope they enjoy it and they come back again. I never try to really describe what they’re going to get because that gives it a label; that’s for them to let me know what they’ve got.

YKIGS: I know in the teleconference you explained this album in a way as a “Love letter to your parents”. Can you expand on that?

LH: Well it’s really about the beginnings of me and the cover art is sort of what that is. My mom and dad are on the cover with me. It really is a beginning of me; they really did a great job in terms of imparting this music to me. I always tell people “If I chose my parents, I really, really did choose well in terms of who they are, and who I am turning out to be, I did pretty good.”

YKIGS: You mentioned the cover being a tribute to your mother and father. Especially with your father, how important is it to continue to pay tribute to him throughout your career?

LH: That’s really 100%. Every time I do this, every time I get up to sing, I honor my father and my mother. I just represent. In a large way he was here so that I could get here and in a really large way I’m here so that he can remain here. It’s a cycle.

YKIGS: I had a chance to listen to the album earlier this week and a song that stood out to me was “Where It All Begins”. Talk about that song and give me some background on how it was created.

LH: It was written by Earnest Green and myself. It was presented to me by my good friend Bobby Sparks who is a keyboard player whom I met first playing in the Marcus Miller Band. He’s going to actually be joining me on tour in the next couple of weeks, great keyboard player. It was one of those songs that as soon as I heard the track I knew I wanted the song and I knew I wanted to write to it. I had the content for it and I really just sat down one day and fleshed it out. I really loved the arrangement, particularly listening to it in headphones, it had so much depth and color to it. It had all of this ear candy and it just reminded me of something circa 1977, something kind of Roy Ayers, something very fluid and organic. I wanted the vocal arrangements to match that. I really love that song, it’s one of my favorites on the record.

YKIGS: Is there a song on the album that stands out to you as a favorite?

LH: I don’t have favorites. “Where it All Begins” is a good one for me because I tend to listen to the record most if I’m flying or if I’m in my car. Just the sound of that record, sonically I love. I really love all of the live tracks like “You Were Meant for Me” and “I’m Coming Back”. They take me to that moment when we were there in the studio with Phil Ramone recording them. I love “Small of my Back” because it feels like it’s one of those live tracks but it’s actually not. I love the arrangement of it and the color of it. Vocally, it’s sort of my tribute to MJ. I think that this record among all of my records is my favorite record so far and it most closely mirrors my first experience in this business 20 years ago.

LH: Rahsaan and I have been friends for close to 20 years now. He’s somebody that I really count among my favorite artists. He’s somebody who is also really one of my favorite writers, so I learn a lot from him just working with him. We’ve had a lot of fun together over the years. We go eat everywhere and have drinks everywhere. I think the reason that we work so well is that you can really feel our synergy when we are together because we just love each other like that. I really enjoy working with him. Someone like Rachelle Ferrell as well, great friend of mine and when we get together you hear that, it makes it so you hear that on the record. When you allow creative people to get together and have that conversation, that’s what you get, you get that. It’s fun working with him, I’m on his record, I’m on Rashelle Ferrell’s record as well, and he’s on her record as well, so we all decided this year we were all doing each other’s records.

YKIGS: You’ve been in this industry as an artist for over 20 years now. What inspires you to continue being creative as an artist?

LH: I just really love music. It’s so simple but I really love music. I’ve grown up with music as a part of my life. It is like one of those days, your birthday or your graduation, for some people your wedding day or Bar Mitzvah, whatever the important day is that’s marked the passages of your life. When I look around the room, music is in the room like another person is in the room. It has been with me at every important step of my life, every sorrow, every heartbreak, every joy; it’s always there just like another human being. It has been a tangible force in my life just like some people have. Music keeps me going. I’m really energized by music, I’m moved by it, it is my passion, it is what I love to do, it is how I express myself. When I die, I always tell people when I look around that room, it will be one of the people I’ll have to say goodbye to.

YKIGS: In the time you’ve been in the industry for over 20 years, technology and especially social networking have changed. Has it been hard to adapt to those changes?

LH: Not at all. I am a techie, geekie chick anyway. So for me, I started my website in 1998 and I saw a guy reviewing these fan sites, and he said “Lalah Hathaway had Twitter before it was Twitter!” Had I known that Twitter would have been worth a gazillion dollars *Laughs* I would have found out how to monetize it! I have always been sort of leaning towards that part of society anyway. So for me, it’s a great thing to be able to tell 50,000 people really swiftly “Hey , my record is coming out!” It really works. It’s a way for me to communicate with people in a way I work for everyday. I talk to them every day on my Twitter compulsively, it’s a problem. *Laughs* Had I had Twitter in high school, it would have been a way better experience. *Laughs*

LH: The record is out October 18th. I’m really excited, I feel like I have more momentum than I have ever had in terms of putting out a record and the social media aspect of that is probably the reason why. I’m excited.