Leela James: Getting in the Spirit of Etta James (Exclusive Interview) 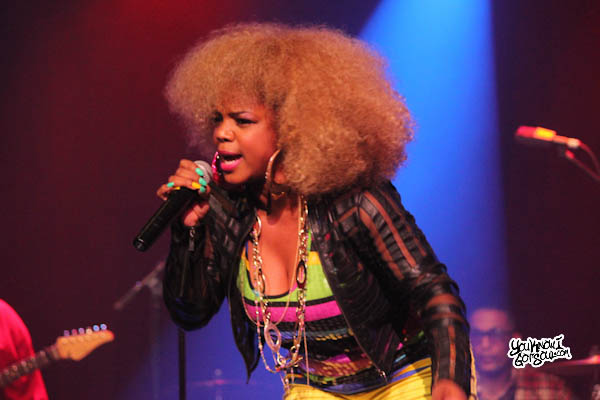 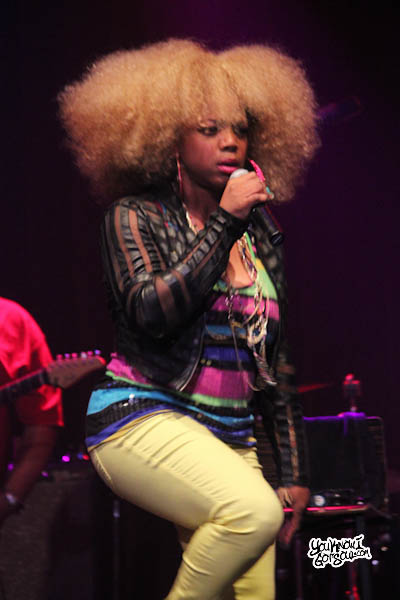 Over the past couple of years, we’ve unfortunately lost many greats in the music industry. It seems that the reality of the situation is, it isn’t until they are gone that we truly realize how important they were to us. However, most of the time, we don’t have a lot done to preserves those legacies. That is why Leela James’ new tribute album to the late Etta James is so important. Creating an album of her music with a twist that will help it appeal to a younger generation will go a long way in keeping her legacy alive. It would be great to see more artists do the same, and we applaud Leela for stepping up and taking it upon herself to do this project. YouKnowIGotSoul caught up with her for this interview to discuss the project, what Etta James meant to her, what she’d like to see done for legends in music, and much more.

YouKnowIGotSoul: Talk about the project you have coming out this summer “Loving You More…In the Spirit of Etta James”.

Leela James: The project is a tribute album to Etta James. What we did was went in and we found about nine of her songs, a couple of standouts of course like “At Last”, “I’d Rather Go Blind” and “Something’s Got a Hold on Me”. Then we found several other songs that were pretty much not familiar to people. Basically went in and gave them a new face. We did them all and none of the songs sound like the original songs because we turned them inside out. The idea was to take the music and give it a fresh approach for 2012. It’s as if Etta existed today and maybe how her music would be approached today. There was a way of me introducing it a new generation of listeners and keeping her legacy alive and just paying homage to her and what she did in terms of her contribution to music. I think it was really cool and I’m really excited about the way the music came out. I know a lot of times when people find out you’re doing a tribute album and covering songs, they think it will be exactly like what the original sounded like. These songs don’t, they sound completely different. Some of the songs you wouldn’t even realize that they were her songs because they sound so different.

YouKnowIGotSoul: I was reading that in addition to the songs you did of hers, you also had some original songs that were inspired by her. What was the inspiration you were able to draw from her as an artist?

Leela James: The idea again was just to do her music and keep it alive with giving it a fresh take. Doing that, I was inspired to do a couple of original songs basically dedicated to her and that vibe of where we were with her songs. I guess going from doing her music and the content of things she would sing about, love has gone bad, love is good, heartache, that type of stuff. *Laughs*

YouKnowIGotSoul: What was it about Etta James that made you feel so strongly that you wanted to do a tribute album to her?

Leela James: She along with many other artists I personally feel in their day seem to not get the credit and props and respect that they were due. She was just a great artist and I don’t know that it was really, really realized in her lifetime. This was a way of saying “Listen, let’s keep the greats out there”. A lot of times once a person dies, their sales go up and that type of thing, but I also felt like in doing her music, because I gave it a fresh updated twist, it could be heard today with the new generation. Let’s just be frank, you’ve got young people that just aren’t going to relate to an Etta James 1950’s song. The sounds were different and everything. This was a way of taking her songs and making them relevant today where the generation of today will appreciate, enjoy it, and say “Etta James is the truth”.

YouKnowIGotSoul: Many have called you the Etta James of your generation. How do you respond to that accolade?

Leela James: Well I don’t know. *Laughs* To be even mentioned in the same sentence as her, I’m humbled, that’s a compliment. I’m just trying to do me and I think there is one Etta James and I think there will always be one Etta James. I’m just Leela James and I’m trying to compliment what Etta did by putting out this project. Hopefully I’ll carve out a place in history for myself and maybe one day some young artist will be doing the same with my music!

YouKnowIGotSoul: You recently released the video for “Something’s Got a Hold On Me”. Talk about your version of the song.

Leela James: It was so much fun. Doing that song, the goal was to give it a fresh taste. If you listen to the original “Something’s Got a Hold on Me” and listen to my version, they are completely different yet they are both uptempo. For Etta, that was something different because a lot of her songs were a slower tempo. So for her to have an uptempo record at that time it was kinda different, it was something that the kids could dance to. We wanted to do the same thing so I kinda gave it a fresh 2012 dance/pop type of vibe but fun and it makes you want to still reminisce to that era but might be fun and funky today. It was just an uptempo fun record and I really like it! *Laughs* It was one of my favorites. With the video I had a blast. What we wanted to do was make a connection of the two different time periods. I’m playing Etta then and Etta now. Throughout the whole video it’s like double scene and a lot of it shot in black and white. What we’re saying is music was good then and it’s good now because when music is just real it’s going to stand the test of time. She’s still here and her music still lives on.

YouKnowIGotSoul: In an era of r&b music where a lot of artists are focused on keeping their sound current and moving with trends, is it intimidating as an artist to do something different and focus on a sound from an artist who was big decades ago?

Leela James: You’re right, they don’t focus on it. Even when she was alive, she didn’t really in my opinion get a lot of kudos and respect. That was kinda the approach of taking the music and giving it a relevant sound according to what today’s sound might consider relevant. It’s still trying to maintain the integrity of the musicianship and the music and doing me. It’s like I’m in the spirit of Etta James because it is her music but I’m doing it with a twist from my perceptive as well. That being said, it’s still going to have a Leela edge because there are things in my style of music that I’m going to bring to the table and do in her music.

YouKnowIGotSoul: We’ve lost some legends over the past year, many of who have influenced our artists today. What would you like to see done by other artists to pay tribute?

Leela James: I think this was dear to me because I’m a lover of music and I’m a lover of people who in my opinion are real artists and real singers. From my beginnings of this turning into a business, I came into the door talking about real music and real singers and they don’t sing anymore. I’m always going to try to do my part to keep names out there as well as my own name, but just to keep the legends and the ones that are worthy of accolades and respect so we won’t get away from knowing what was real. I feel like after a certain amount of time, if you’ve been fed and conditioned so much mediocrity and wackness *Laughs* the bad becomes good. People don’t know the difference, they are conditioned to thinking something is hot when it’s not hot, it’s just played on the radio all of the time and you see it on your TV screen so you think that’s what it is. You’re not knowing that there’s something much better out there, you’re just not hearing it because it’s not getting the shine. For me, It’s important to keep certain names out there and make certain references to tunes that people can compare to. Bad can’t be good, but it can be if you’re conditioned and you don’t even know what good really sounds like because good is not played for you.

YouKnowIGotSoul: I don’t know if you’ve had a chance to meet Etta James or interact with her in the past, but what do you think her reaction to this project would be?

Leela James: It’s interesting; I have no idea because I didn’t get a chance to meet her in her lifetime unfortunately. I’ve met people that knew her very well and worked closely with her and based on the things that they’ve shared with me, she probably would have mixed feelings with a lot of stuff. Music was very important to her from what I understand and she took everything very personally and very serious. I think she would appreciate that someone is taking the time to do something like that for her because I don’t think it was done. Even in the last years of her life, she kinda felt a little like she should have been the one doing certain things. She probably would be taken back that people would even be taking the time to do something for her.

Leela James: The album is dropping July 31st. I’m going to be putting out another single soon. The entire album is really good. I just want everyone to go out and support the record, not just for myself, but for the legacy of Etta James.