Lil’ Mo Breaks Down Her New Album “P.S. I Love Me” (Exclusive Interview) 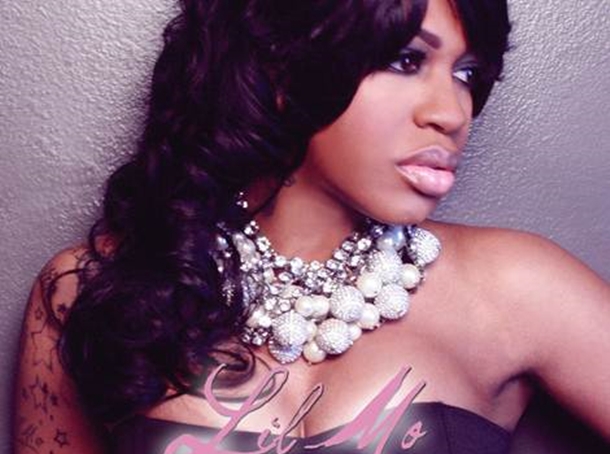 Every artist follows a different path on the journey that is their music career. Lil’ Mo is no different. After garnering a reputation with her various guest appearances on songs in the late 90’s and early 00’s, she fully burst onto the scene with her debut album “Based on a True Story” in 2001. As her career evolved, she eventually went the independent route to release her music before finding a natural fit for her as a radio talk show host where she’s had great success. Now coming back after a four year hiatus from music, Lil’ Mo is back with the release of her fourth album “P.S. I Love Me”. We recently caught up with Mo backstage at the RnB Spotlight event in NYC she was co-hosting. In the interview, we discuss what to expect on the new album, how her collaboration with Tweet came about for the first single, if being an independent artist suits her better, and how the current landscape of r&b influences her music.

YouKnowIGotSoul: Your new album “P.S. I Love Me” is coming out in November. What can we expect to hear on there?

Lil’ Mo: “P.S. I Love Me” is my new album coming out November 1st, 2011. I’m calling it MOvember, that’s the first day the album drops. It’s going to be great singing; a great foundation built off of me telling you what I’ve been through during the last four years of the hiatus. Stuff that’s been going on, stuff I heard in the beauty salon, stuff I heard when I was getting my nails did, hair did, everything did. *Laughs* So it’s a great collection of classic Lil’ Mo. I’m back!

YKIGS: You’ve got the single out “I Love Me” featuring Tweet. Talk about how the collaboration and the song came together.

Lil’ Mo: The collaboration has been in the making for years but I had to find the perfect song and she agreed to it. She’s a great singer as well coming up under the Missy Elliott tutelage.

YKIGS: How much would you say your current album is influenced by the current state of r&b? It’s changed a lot, and even though you can probably out sing most everyone out there, do you think you alter your music to fit in?

Lil’ Mo: I think I can out sing a lot of people out there, especially live! The current state of hip hop and r&b I wouldn’t say is bad, but a lot of people overdo it with auto-tune and stuff, which I use on my songs as well, just to clean it up so everything sounds neat. I wouldn’t say they sing bad, a lot of people just don’t know how when singing, to bring out the inner them. I grew up in church, and I’m 4’11, so as soon as you get up to the mic you just go straight in! Let them know you’re here! I came from a different generation and I come from a different cloth, so that’s why a lot of people can see and feel the difference. There’s some people out there if they figured it out, they’d be singing like me, Fantasia, Faith *sings*, but they don’t know how to bring out that inner feeling. You have to bring that out if you want to have longevity. You can have these catchy little singles, but nobody is going to care about them, by next summer it’s going to be a wrap!

YKIGS: Talk about who you worked with on this album in terms of collaborations, producers, and writers.

Lil’ Mo: For writers, we kept it all in house because I wanted to stick with a particular sound so it wouldn’t be all over the place. For collaborations, Tweet, Fat Man Scoop on “On the Floor”, my homeboy PJ Morton, a lot of people say he’s underground, but he’s in a whole nother realm. I also have Maino on a song. I didn’t go with my same collabs as before because I just wanted to do something different.

YKIGS: Do you think an independent situation better suits an artist like yourself? You mentioned making the music in house, and you’ve got your Twitter fan base, and you’ve also got the radio show which helps your promote. Is it the best fit for you?

Lil’ Mo: I think it is better to do it independently because then you can tap into your core audience. A lot of times when you try to do it on a major if you don’t sell a certain amount, they say you’re irrelevant and you don’t exist, and a lot of times they overlook your fan base. That’s why when looking at this album, we were deciding if we should do a hard copy of the album or just go digital. We looked at the good and the bad, and we found that 87% would want to buy the hard copy, against the 13% who would want to download it. Like my daughter, she’s like “Mommy, can you buy me an iPhone so I can download a song!” She’s nine, and that’s what she wants to do. But then you’ve got the 18 and over crowd who do want to buy the hard copy and are like “I want you to sign this, sign this to Boomqueesha, I love you and I been supporting you since day 1!” I totally get it and I’m not mad at that. So when it comes to being independent, I don’t have to deal with anyone telling me “When you spend this, you’ve got to make this amount back!” I urge a lot of other artists to go the independent way as well.

Lil’ Mo: Make sure you follow me on Twitter @TheLilMoShow, Facebook.com/TheLilMoShow, TheLilMoShow.com. Trust me, you will be entertained, I will not bore you. Some people out there will put you to sleep! They are human Ambien!