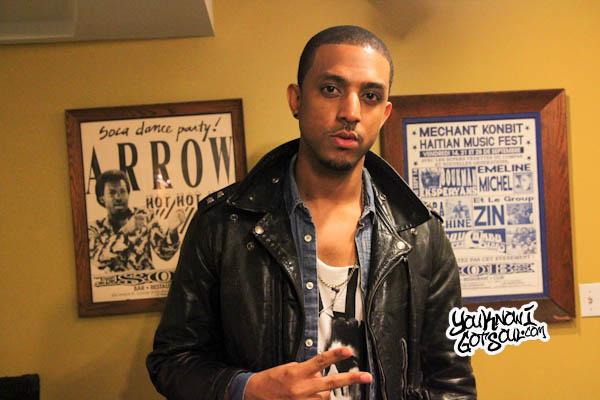 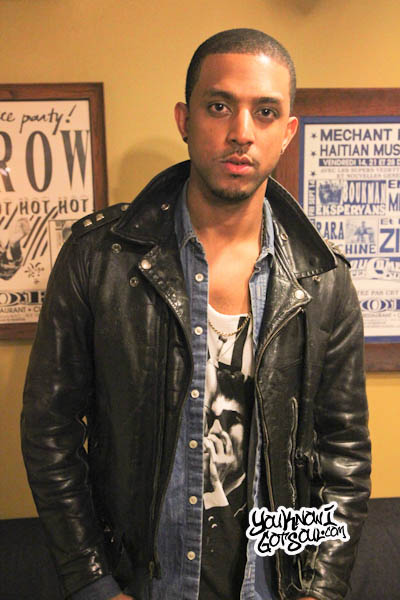 It’s been quite a journey for Mateo. After his label deal with MySpace Records years ago didn’t work out, he managed to link up with producer Kerry “Krucial” Brothers. Years of grinding independently with Krucial led to his break when Interscope signed him to a label deal. After having already released six mixtapes in the past, the time is finally here for fans to see what he can do with his debut. While staying on a path that has included creating music of a genre you can’t define but you can feel, Mateo is poised to lead a new generation of r&b superstars. YouKnowIGotSoul sat down with Mateo prior to a recent performance at SOBs and discussed his signing at Interscope, his journey, what to expect on his debut, and much more.

YouKnowIGotSoul: You got the news earlier this year that you signed to Interscope which is a big deal. Talk about how that situation came about.

Mateo: Basically I was signed to Kerry “Krucial” Brothers and Krucial Noise and we had done this record “Say Its So” that Krucial was able to get Alicia Keys on. We started pushing it independently to radio and shot a video for it and we just got mad love off of it. Because of that, we were able to segway into a deal with Interscope. They saw what was going on, they liked it, they heard some more records and they just kinda loved what we were doing, the whole vibe of it.

YouKnowIGotSoul: It’s been quite a journey for you. You were on MySpace Records back in the day, then eventually you linked up with Krucial, now you’re on Interscope. How do you summarize this whole journey?

Mateo: It’s one of those things where you really want progress to be fast but sometimes it’s just steady. I had to keep believing that. There were definitely some hard times, there were definitely some times when I didn’t know how I was going to pay my bills, a lot of those times! It all works out. You just gotta stay consistent and that’s what it’s really about, consistency. A lot of people are going to fall off, but if you just stay on that path, it will work out.

Mateo: Yes I have, I’m holding onto that path!

YouKnowIGotSoul: You released the mixtape a few months back “Suite 823”. What’s been the reaction from fans to it?

Mateo: It’s been really, really great. This is my favorite mixtape. The funny thing about it is when I first signed to Interscope, they wanted me to put something out for the summer, like a mixtape project, and I was against it. I had been doing mixtapes for so long, I didn’t feel like it anymore. I started warming up to the idea, we were out in NY, and I had a lot of stuff to say. So this time I made it all original songs, no remakes. I think people really appreciate it and loved it because they got to hear what I’m thinking about and talking about and what kinda sound I wanna put out there. It’s really got a good response so far.

YouKnowIGotSoul: You’ve kinda been known for your mixtapes over the years. As you’re working on your debut now, has it been a different process when approaching an album compared to a mixtape?

Mateo: It is. For a mixtape project, it’s definitely more about a dope song that’s charting that people really love. You’re not trying to make that song over, you’re trying to do the song justice. With an album, it’s more so about “What am I feeling right now” or “What am I going through in the moment”; it’s a little more personal and a lot more intimate. You’re starting from scratch, from piano. It’s definitely a lot more intimate process.

YouKnowIGotSoul: Talk to us about the progress of your debut album. I know you’ve been working at it, how’s it coming along?

Mateo: The album is crazy, I’m excited about it. It’s the music I’ve always wanted to make. I definitely brought back love songs to r&b. I felt like that category has gone away a lot. We’re just making interesting sounds and stuff that makes people feel euphoric. I want to make music that people can scream out to and feel. That’s pretty much what I’m going to do. It’s all in house, it’s all Krucial Noise basically. Just dope producers that I love working with. Writing wise, I worked with Stacy Barthe on “Looking You Up” which might make the album.

YouKnowIGotSoul: One thing about you as an artist is I’ve never been able to define your sound. How would you define it?

Mateo: It’s kinda hard for me too. When I get asked this question, I have no idea. It’s definitely a mixture of r&b, it’s got soul, it’s got an organic quality to it, it’s got piano. It’s also got the big drums that you hear in Coldplay.

YouKnowIGotSoul: As an artist who has struggled and made it past those struggles, what advice would you give to upcoming artists who were in that position you were in and trying to make it?

Mateo: The main thing is consistency, just stay with it. There’s no rule book for this. Some people blow up in like 6 months, some blow up in 6 years. It’s one of the things where you gotta just stay consistent and stay true to who you are in your artistry. A lot of times you get kinda confused if it’s not popping off and think you gotta do a song like on radio. A lot of times you gotta stay true to what you believe in and what you do and finally it will happen, it will pay off.

Mateo: Check me out MateoOnline.com and Twitter @Mateo. Facebook.com/TheRealMateo, I don’t know who the fake one is, but check me out.