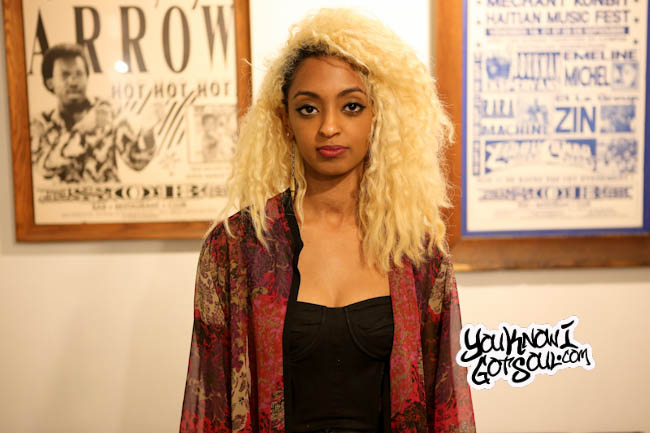 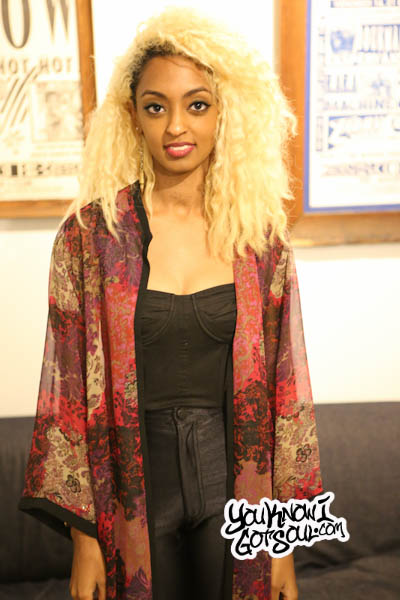 Since we first featured Melat on the site back in 2013, she’s been one of our favorite upcoming artists to follow. Seemingly every song and project she’s released over the months has been of high quality and a breath of fresh air; consistently giving us something to be excited about. For that reason, it was an honor to be able to bring her to NYC to perform in our Sol Village showcase, marking her first performance in the city. We sat down with Melat prior to her performance that night for this interview and got a chance to discuss how she originally pursued music, some of the projects she’s released so far, her refreshing sound, and more.

YouKnowIGotSoul: Talk about your history as an artist and what made you pursue a career in music?

Melat: I had always wanted to sing. I had been in choirs from the 5th grade through high school. I was always too shy and scared to jump out there and actually take the solos and become an artist. I had always written as well and I wrote journal type entries that turned into poetry that turned into songs. I had them but I kept them hidden for a long time. My very, very good friend Pha, who produced my first two projects, he asked me to see what I had written. I was very reluctant but after doing that it kind of got rid of some of those fears. After that I just started making music and kind of found a groove that made me feel something. Then when I realized what I made could effect people, I realized this is a possibility and where I can go.

YouKnowIGotSoul: Talk about your unique sound, since that’s something that grabs us about you as an artist. Who influenced it coming up?

Melat: I attribute some of that to being from Austin, Texas where the motto is “Keep Austin Weird” and it’s a very eclectic city, there’s not really any one set way to do things, it’s very free and hippie. I don’t really have a mold when I go into things, but I do have always listened to a lot of old school jazz like Frank Sinatra and Ella Fitzgerald and stuff like that. That really has had a huge influence on emotion and type of writing that I try to do. That’s really a big point for me.

YouKnowIGotSoul: Talk about the R&B scene and music scene down in Texas.

Melat: I think what I’m observing is there is a bubbling in Texas. There hasn’t been much of an r&b scene, the music scene has been there right now, but there are a lot of people coming out of Texas who have a lot to say and are really trying to change that perception. There’s a lot of stuff bubbling, a lot of really, really dope artists coming out of there.

YouKnowIGotSoul: For those who haven’t had a chance to check out your music yet, talk about some of the songs and projects you’ve released to date.

Melat: The first project that I released was “Canon Aphaea” and then after that I followed it up with another EP called “Canon Ourania”, so that’s the Canon series. After that I had a series of singles that I released, the Side B series. Those were really fun, a bunch of different producers. The first two were proudced by Pha, and then my third EP is “Move Me” which was produced by Jansport J from California. Those are all of my projects and they all have a special meaning, they are all written by me and they are all kind of like a reflection of the time that I was writing it in, whatever the emotions I was going through. It’s definitely a reflection of the times.

YouKnowIGotSoul: Earlier you talked about doing music and realizing you were having an effect on people and making them feel a certain way when they heard it. Overall, what is your goal in music, what do you set out to accomplish? Is getting signed the end goal?

Melat: I would love to continue to make music that means something and have fun with it. My main thing is to make sure that the music has meaning and there is a strong story behind it that when you listen to it, you can relate to it. That is has some sort of effect on you and leaves you with something positive. Even if it is a sad song, that you’re left with hope.

YouKnowIGotSoul: Tell us what we can expect next?

Melat: I actually am working on a couple of projects that should be out some time this Summer. One will be coming up very soon and another one at the end of Summer. You should definitely be on the lookout for that.

Melat: Thank you for having me and having me at my very first NY show! I’m very excited!