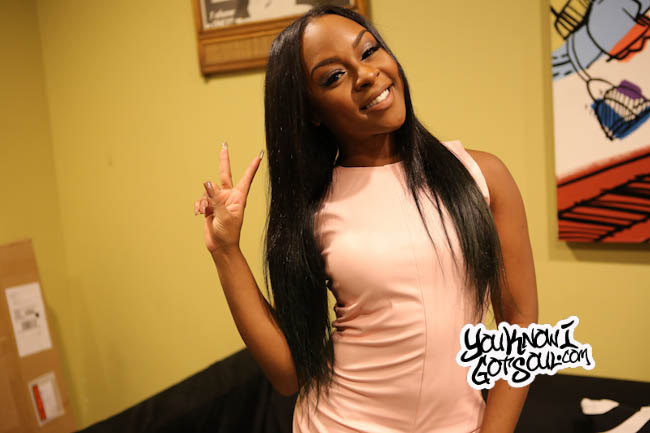 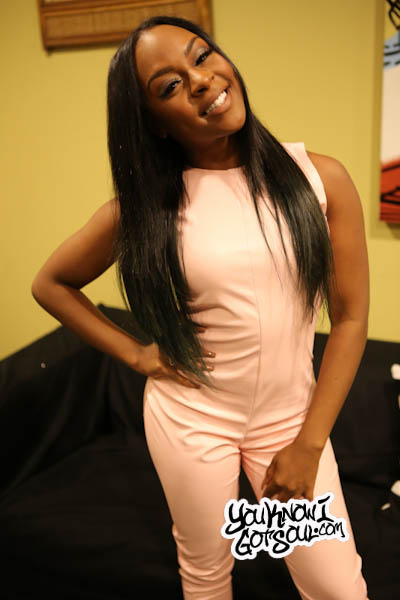 In her young career, Atlanta native Natasha Mosley already boasts collaborations with the likes of Jeremih, Lil’ Wayne and Tyga. But if she has her way, she’ll someday be working with Brandy, Tank, Justin Timberlake and many more of the r&b greats. We had a chance to witness Natasha’s beautiful voice when she performed at our Sol Village show last month, and have been supporters since we heard her recently released “Rose Hall” album. During this interview, we discussed how she originally began her career in music, some of her impressive collaborations, her “Rose Hall” album, and what’s coming next.

YouKnowIGotSoul: Start at the beginning and talk about what drove your towards a career in music?

Natasha Mosley: What made me decide to be an artist was I grew up singing in church. It was always something that I wanted to do. It runs in my family tree. Betsy Smith is one of my great cousins down the line. I always wanted to sing. I sung in the choir and I always grew up singing Beyonce songs or Mariah Carrey songs or Whitney Houston. Both of my parents are very involved in my career and they helped me out a lot.

YouKnowIGotSoul: How does being related to Betsy Smith motivate you?

Natasha Mosley: I feel like it’s there and it’s a purpose. I definitely feel like it has a lot of influence on me.

YouKnowIGotSoul: Who were some of your musical influences?

YouKnowIGotSoul: You’ve had an impressive list of collaborations in hip hop. Talk about some of those.

Natasha Mosley: I have a couple of features. I have one with Jeremih and Lil’ Wayne called “All the Time.” I’m also featured on YG’s album on a song called “459”. I’m featured on Tyga’s album. I think that’s about it for right now. It’s definitely a blessing being a part of other people’s albums. On my album I don’t have any features. Everybody thinks of me as a featured artist. Being a feature on someone else’s album is a huge blessing, especially because those artists are bigger than me. It’s awesome and a great feeling.

YouKnowIGotSoul: Tell us about your album “Rose Hall”.

Natasha Mosley: What I did was take my grandmother on my mom’s side and my grandmother on my father’s side and I put their first and last name together to create the title. Also when I think of a rose, that’s my favorite flower, becuase it has so much meaning to it for me. Just it being a rose and it blossoming because this is my very first project. It’s like a rose just blossoming and opening up to everyone and saying “This is me!”

YouKnowIGotSoul: What motivated you to make songs like “Beautiful” and “Anything”.

Natasha Mosley: “Beautiful” is a very, very personal song. I talk about my family and my brother and my sisters. Things that I’m going through in my life. I co-wrote that song. We basically just took every little piece of my life, everybody involved, every whole thing, and just rounded it off into one song.

YouKnowIGotSoul: Can you just explain the time frame you put into making the album?

Natasha Mosley: It took awhile because it’s three albums all in one. Not the whole album. I took some songs from this album and I took a few from this album and a few from the other album. I took the best ones and I put them into one. I think with that being said, it’s such a good album because it’s very timeless and something everyone can relate to.

Natasha Mosley: The response is crazy, everyone loves it. It charted on iTunes as an independent artist. That’s a major blessing right there. The response has been crazy and everyone is loving it.

YouKnowIGotSoul: Do you see yourself doing r&b collabs in the future, in addition to the hip hop ones you’ve done already?

YouKnowIGotSoul: Do you think it was divine intervention the way you met Lazar Gray?

Natasha Mosley: *Laughs* He’s one of the producers that I’ve been working with for along time. He’s taught me so much. He is my vocal coach and one of my producers. He’s just there for me all around no matter what. Anything I need, he’s a one stop shop.

Natasha Mosley: I have a project coming out with Zaytoven, it’s called Naytoven. *Laughs* We took our names and put it together. It’s going to have about 10 songs. I plan to release it around October. That’s something that I’m definitely looking forward to and I know others are as well. It’s hard trap beats with a soulful r&b artist. I don’t even know what to call it. I know everyone will love it.

YouKnowIGotSoul: What’s the biggest challenge for you on this path to stardom?

Natasha Mosley: Hmm….that’s a hard question. The bigger you get, the more responsibilities and problems and good stuff. This is something I want. I’ve been singing since I was three. I enjoy the problems. I’d rather have them than be sitting at home. It’s all good for me. It’s easy to brush those off and get on stage, because stage is like home to me.