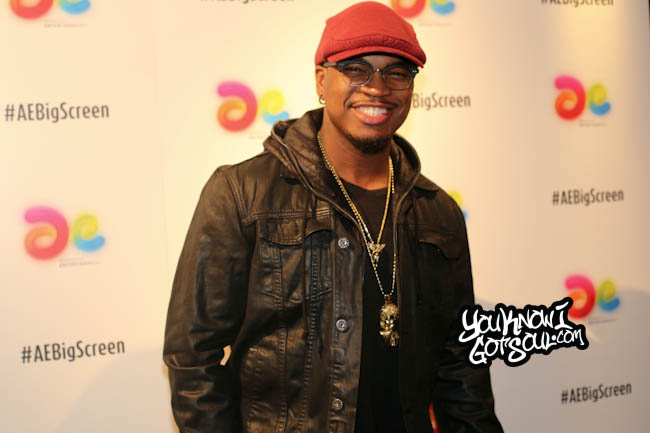 Many die hard r&b fans had become disenchanted with Ne-Yo over the past few years because even though he’d gone on to become a pop superstar, he did it with hit singles that strayed from his r&b roots. When he released his album “R.E.D.” in 2012, it was half r&b and half pop, and the pop singles performed way better than the r&b ones. As a result, Ne-Yo finds himself in an interesting situation as he prepares to release his new album “Non Fiction”. Should he continue straying from r&b as his career reaches greater heights as a global superstar, or should he make his core fans happy and stay in the r&b lane knowing the singles may not perform as well commercially? When we spoke to Ne-Yo at the video unveiling for “She Knows” in Times Square in NYC, he gave us his decision, and it sounds like r&b lovers are going to be happy. Check out our interview with Ne-Yo where he breaks it down for us.

YouKnowIGotSoul: We’re here at the video unveiling for “She Knows”. You’re using some pretty cool technology here. Tell us about it.

Ne-Yo: Something kinda cool, something kinda different. We’ve got the jumbotron out in Times Square, interactive screen. Basically there are going to be instructions on the screen telling people to wave at the screen and things like that. Every time they do, tiles flip over revealing the snippet of the video. When the video is out, you can catch it on my website and anywhere else that videos are played. I think it was kinda cool to do something like this to switch it up a little bit to do something different and exciting. How many people get to debut their video in Times Square?

YouKnowIGotSoul: The new album “Non-Fiction” is coming top of the year. Tell us where you took this album sonically compared to your last one “R.E.D.”

Ne-Yo: Well my last album “R.E.D.” was kind of a half and half album. One half was r&b and one half was made up of genres that I’ve been able to explore over my career. This album I kinda took it home a little bit. It’s a lot more r&b on this album. I’ll say this album is 99.998% r&b, just there maybe 2 or 3 at the most songs on the album that could fall outside the realm of r&b. This album is very soulful. It’s kind of all of the different facets of r&b. You’ve got the traditional classic sounding stuff, you’ve got the more today sounding stuff, it’s a little bit of everything. We basically just went into the studio and had a good time with it.

YouKnowIGotSoul: I know a lot of your fans had wanted to see you come back all the way to your r&b roots. Did they pressure you at all to bring your sound back there?

Ne-Yo: That had a little something to do with it. I didn’t like hearing people say things like “Ne-Yo doesn’t do r&b anymore” or that I abandoned r&b. Nothing could be further from the truth. R&b is who I am through and through. If you cut me, I bleed r&b, that’s what it is. It just so happens that over the last couple of years the songs that got the most attention were the ones that landed outside the realm of r&b. I’m an artist at the end of the day so I’m always going to explore and try new things and sounds. R&b is who I am and never could I ever abandon it. This album is basically letting all of those die hard r&b fans know that I’m still here and not going anywhere.

Ne-Yo: Make sure you check for that “Non-Fiction” at the top of the year. “She Knows” featuring Juicy J is the current single. Call your local radio station and request it. I’m going on tour very soon, be looking out for me in a city near you very soon. All of the tour dates are there, so check for me when I’m in your city, and I’ll see you there. Peace and love.