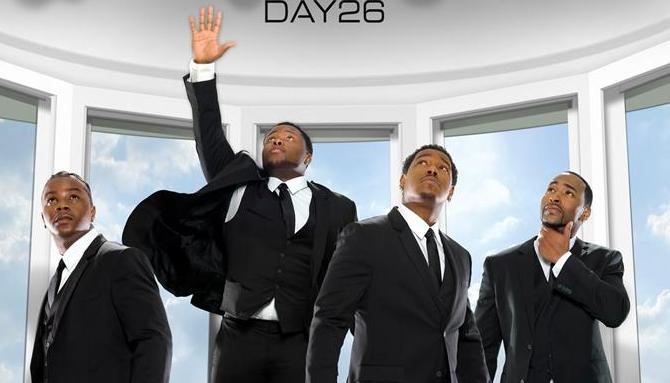 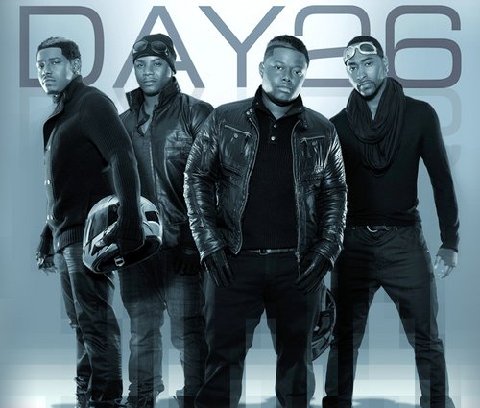 With the way that Day 26 was created and what they had to overcome in front of America on reality TV, they can’t help but feel like family. Just like with any family, there are always going to be growing pains and challenging situations that will test the strength of the members. Day 26 is no different and they’ve had their fair share of situations to overcome (Que left the group, transition from Bad Boy to Atlantic Records), but that seems to have only made the group stronger. As they now prepare to release their much anticipated third album after taking some years away, we can definitely expect to hear a great amount of growth on this album. YouKnowIGotSoul caught up with the group to discuss what we will find on the new album “A New Day”, If they felt there was a void left with Que no longer in the group, if they ever sought a replacement, differences in releasing this album with no reality show backing them, and much more.

YouKnowIGotSoul: You guys just released your new video for “Made Love Lately”. Talk about the creation of the song.

Day 26 (Willie): In the process of recording this album, we had a lot of records that we wrote on and co-produced on. We just knew for this project that we needed a big single because we’ve been gone for a nice amount of time. Jim Beanz presented us the record, he’s the guy who produced it and wrote it; we loved the record. Day 26 jumped on it and we just knew that was the record that would re-introduce us to our audience. That’s what made it so special to us because we knew we had to sing.

YouKnowIGotSoul: You’re currently working on your new album “A New Day”. What can we expect to find on there.

Day 26 (Brian): This album is definitely showing our Day 26 growth from our second album. Everyone knows we took some time and we just handled some real life issues that grownups experience in everyday life; trials and tribulations. You’ll definitely hear that on this project. It’s definitely heartfelt, definitely the real meaning of Day 26.

YouKnowIGotSoul: Who did you guys work with on the album in terms of writers, producers and collaborations?

Day 26 (Willie): We worked with Jim Beanz of course. We worked with B. Cox [Bryan-Michael Cox] whose legendary sound is always with Day 26. Troy Taylor, Rico Love, Lil’ Ronnie, the list goes on and on, TC the writer. I think the biggest thing about this album is that Day 26 really had a chance to showcase ourselves as writers. We really have more control. It’s definitely an all-star cast.

YouKnowIGotSoul: You guys are down to four members in the group from five. Does it feel like there is a void in the group at all?

Day 26 (Willie): At the end of the day we came into this as a family so we came in as brothers. Of course, when the youngest brother leaves the fold, of course it will affect us. But we were built to be all outstanding singers so we were able to pick up the ball and keep running.

YouKnowIGotSoul: Did you ever consider replacing Que?

Day 26 (Rob): A lot of extra money is one thing, but we went through a lot together as a group, so without that it probably wouldn’t fit.

Day 26 (Brian):Yea I mean putting somebody else in…

Day 26 (Rob): I would be like “You better go get me some cheesecake, and walk all of the boroughs like we did! We gonna pick and see after that!” *Laughs*

Day 26 (Mike): I just really feel like we wouldn’t find somebody that we would want in this group like that.

YouKnowIGotSoul: Have your fans been overly supportive through the whole transition?

Day 26 (Mike): Yea, they’ve been outright demanding! “If yall don’t come out with something!”

Day 26 (Rob): We’ve got the greatest fans in the world, they did stay behind us through this whole process.

YouKnowIGotSoul: This is the first album you guys have without a reality show backing you for promotion. Have you found it harder to be heard and get out there?

Day 26 (Willie): Yea it’s though. It’s a tough industry, but we have other ways of being heard. The internet is booming right now via Twitter, Facebook, Instagram and other websites that we are active on. We try to do as much as we possibly we can. Of course with television we were everywhere and that’s a promotion that’s hard to come about. Everybody is trying to do reality TV of course.

YouKnowIGotSoul: I know you guys have had your own solo endeavors over the years, Willie I know you have your own label, I’ve also heard solo stuff from each of you guys. How do you manage to balance that and keep it together with the group?

Day 26 (Willie): I think the biggest thing is Day 26 is our foundation and this is what everything streams from. Even when it comes to the labels that we have, it’s all coming from this Day 26 tree. The songs that you heard for my mixtape and Rob’s mixtape, that was just us as individuals. We are artists; we write, we produce, there are a lot of things we do and we have our studios back home. When we’re not together, because we live in our separate homes, we are steady working. That’s what you pretty much saw with me expressing myself as a writer and a producer and a vocalist. I still put it out there that I’m not going solo; this is still part of this brand.

YouKnowIGotSoul: In the past couple of years you guys moved from Bad Boy to Atlantic Records. What’s it going to take in this new situation to match the success you had on your first album which was a platinum album?

Day 26 (Mike): Patience. I think patience is key because we have a lot of time to make sure everything is just right.

Day 26 (Rob): I think it’s going to take us taking everything that we learned over that time when we did have Bad Boy behind us, when we did have MTV behind us, when we did have that extra promotion. I think it’s going to take us doing all of those things we’ve seen people doing around us and us putting it into effect and doing it ourselves. That’s what I think the main thing is, it’s not like it used to be. Back then, our album would be out and they would announce it on TV and I’d be like “Ok that’s what I’m talking about!” *Laughs*Promotion was amazing, so now it’s basically on us. The only way they [the fans] are going to love it is if we love it!

YouKnowIGotSoul: You mentioned using some of the things you learned in the industry. What would you guys say is the biggest and most important lesson you’ve learned that will help you be successful?

Day 26 (Brian): There’s always somebody trying to take our spot!