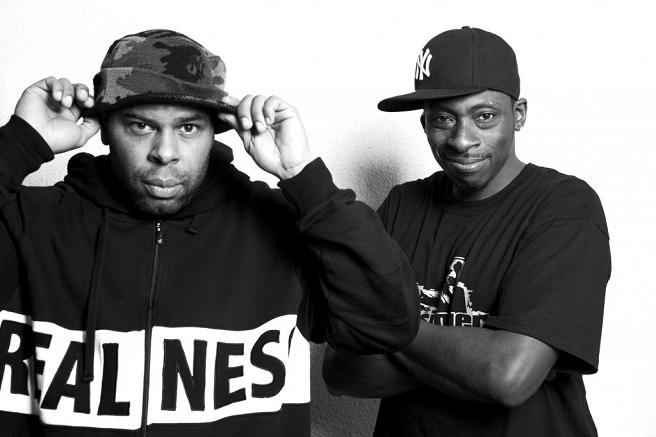 When it comes to legendary hip hop groups, Pete Rock & CL Smooth will always rank near the top of the list. Despite an untimely split after their critically acclaimed second album, their legacy has not faded over the years. Recently, they’ve been collaborating and performing again together, leaving long time fans with the hope that we will see new material from them soon. YouKnowIGotSoul sat down with them after a recent NY Summer Stage performance and discussed performing together again, their chemistry creating music, admiration for each others’ craft, future plans for the group, and more.

YouKnowIGotSoul: What does it mean to be performing together again?

Pete Rock: It’s a beautiful thing when we get the opportunity to do something that we love doing for so many years. It’s totally awesome.

YouKnowIGotSoul: What was your chemistry like on the studio?

Pete Rock: It was fun. It was just basically just onto something and we were well into what we discovered how to do and once we got “Mecca and the Soul Brother” out there, everything else just started flowing. Then we had the EP before that.

YouKnowIGotSoul: It’s been over two decades in this industry and music has changed so much. Has that forced you to do anything differently?

Pete Rock: We just have to keep it relevant.

YouKnowIGotSoul: Talk about the admiration that you have for each others’ craft.

CL Smooth: I think just being creative and watching the music develop, blossom and grow kind of sets you at a certain standard where you can’t go below it. When another musician gives you his music, that’s the measurement stick that you live by and you want to have at least at that level of creativity if you’re interested in creating music.

YouKnowIGotSoul: What are your plans for the future?

CL Smooth: There are a lot of things. One exciting thing we’re doing together as a collaboration is a full length live band Mecca and the Soul Brother album. We’re excited about doing that and just supporting each other.

YouKnowIGotSoul: Why do you feel we don’t see more groups in today’s Hip Hop scene?

Pete Rock: It’s a different world today. Our world is never over, but it’s past. The new generation of people have to rediscover who we are which helps when we put new music out or perform at a show somewhere. It’s the best way to reach the young audience today.

CL Smooth: Kids 13 and 14 who admire our music is kind of amazing because they weren’t even born yet they listen to our music. Then they come to venues and listen to us. It wasn’t just people were older than us or the same age as us, it was young kids that were admiring us. Once you touch them, I feel like it’s worth something.

Pete Rock: Look out for the new recording of Mecca and the Soul Brother sometime next year.