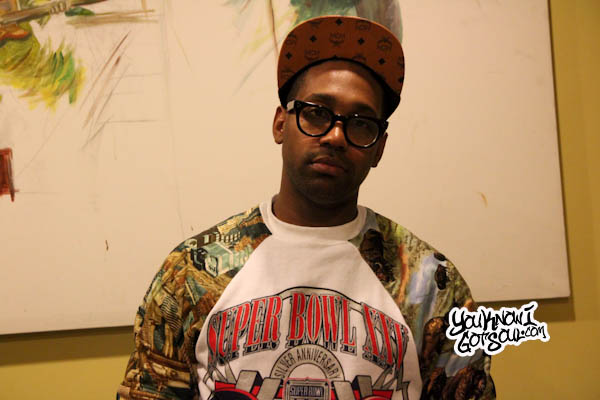 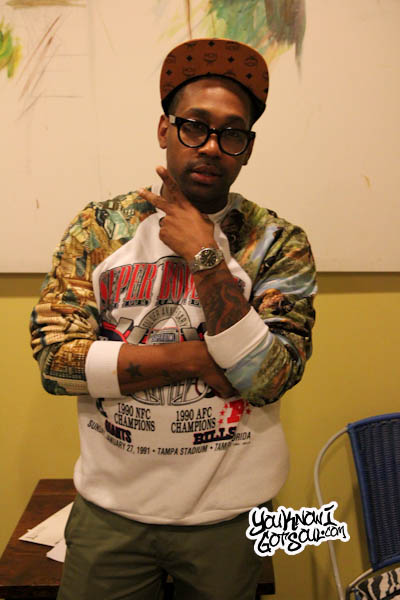 For an independent artist who was already having success as a solo artist, PJ Morton could not have asked for a better situation. Leveraging relationships he had from earlier in his life, he landed a gig playing keyboard with Maroon 5 and eventually signed a deal with Young Money to continue his solo career. He released his highly successful Young Money EP “Following My First Mind” earlier this year, and now is currently working on his major label debut. Having the ability to use his Maroon 5 situation as a promotional tool, PJ has positioned himself better than just about any artist to be on the path to crossover success. YouKnowIGotSoul sat down with him prior to his recent BET Music Matters performance in NYC and discussed the exposure he gets being a part of Maroon 5, finding the time to be a solo artist as well, what to expect on his debut, advice for upcoming artists, and much more.

YouKnowIGotSoul: Let’s start with your Maroon 5 situation. You’ve been making music with them, touring with them, Grammy nominated recently. What does it mean to you to be a part of that?

PJ Morton: It’s been incredible to come from my independent background and to jump straight to a major group situation as successful as the last couple of years have been for us. It’s actually given me great insight into where I want to go and what steps I want to take in my solo career. It’s been a super cool balance between juggling my solo stuff and the band stuff.

YouKnowIGotSoul: It’s a unique situation, you’re a solo singer but you’re playing keyboard in the group. How do you feel like it helps you increase your exposure as an artist?

PJ Morton: The guys are very supportive of me and they are invested in my solo career as well. I’ve opened up a few times, I’m opening up the European tour in the summer, so they’re very invested in what I do. I just think with the success that we’ve had, we had the top radio song of the year with “One More Night” and the Grammy nomination. If we’re winning, we’re all winning individually as well. It’s like Adam’s doing “The Voice”, that’s his gig. My gig is my solo career. James the guitarist has another side thing as well. We’re all using Maroon 5 as the base, but all have separate things going on.

YouKnowIGotSoul: Do you feel like you’re able to appeal to a new audience and capture new fans along the way?

PJ Morton: Absolutely. That has been probably the biggest part of it. The fans that support the band, most of them are now supporting me because the band supports me. The fans have been amazing. I have my independent fans that have been with me for years, I have these Maroon 5 fans that have just been introduced to me, and now these Young Money fans too with the new deal. Seemingly, it’s a great setup for whatever step I’m making next.

YouKnowIGotSoul: How do you balance everything? You had the “Following my first Mind” album earlier this year, you’ve been touring with the group for awhile now, when is time for you as a solo artist to make music?

PJ Morton: That’s probably the most challenging. The easiest way to look at it is when Adam breaks for The Voice is kinda when I can break to work on my solo stuff. We just went on a South American, Asian and Australian tour and after that he broke to do The Voice. I’ve been working on my debut album. Just finishing up and I’ll be promoting that while we’re on tour in the U.S. doing the Maroon 5 thing and doing a solo special type of show and listening party as well while I’m on the road. Then we break after we’re on the U.S. tour and that’s when I’ll release my record and tour with my record. Then I’m opening in Europe in the summer. So we kinda mapped it out, Maroon 5, we know what we’re doing until the end of 2013. I’m able to see those gaps and try to throw my stuff in there and try to make it all work together.

YouKnowIGotSoul: Like I mentioned, you had the “Following my first Mind” project, your first with Young Money earlier this year. Do you feel like you were able to accomplish with that project what you were looking to do?

PJ Morton: Yea, that was just to let people know I was still here and where I was musically right now and going. I feel like my new album, my full length album, is the cousin of “Following my first Mind”. I just wanted people to know where I was musically because solo wise I hadn’t put out anything in a while. I wanted to make sure people knew what was going on with me musically. Also, just to get them ready, it did exactly what I wanted it to do. People were falling in love with some of those songs and “Lover” became a single for me, that wasn’t even supposed to be initially. It did exactly what I wanted.

YouKnowIGotSoul: You mentioned the debut album is the cousin of “Following my first Mind”. What can we expect on there?

PJ Morton: Just the freedom and more in the same in the sense of me being creative, not chasing anything you hear out here; just totally being me. It’s a very musical record. It’s horns on the record, it’s string arrangements on the record, just beautiful melodies with beats. Just really bridging the gap between where music is right now and where music has been with my influences, Stevie, The Beatles, Prince. It’s all kind of coming together on this record, I’m really excited, this is the album I want to make, this is the first major label record I want to release, I’m really proud of it.

YouKnowIGotSoul: Who have you had a chance to work with on this record?

PJ Morton: It’s two people that I can’t wait to tell, but I can’t tell because it’s not totally done. One that is done, is Busta Rhymes on the record. I’ve been a fan of Busta Rhymes for such a long time because I’ve felt like he’s such a musical rapper, he really knows the music. I’m excited about that. There’s two other big ones that I just can’t tell quite yet. If you ask me next week, I could probably tell you. *Laughs*

YouKnowIGotSoul: Knowing your history as an artist, I know you grew up and went to school with Mack Maine from Cash Money and also have had a relationship with Adam Blackstone from Maroon 5. How do you feel like those relationships helped you in your career and do you think all of this would have been possible without them?

PJ Morton: I think it’s just when you talk about a “break”, it depends what level. I met Blackstone as an artist. I met Mack Maine back in high school before I had figured it out, but we separated and he went on to do his thing and I went on to do my thing as a writer and independently as an artist. I think for the next level of where I was supposed to go, where I was in my career before Maroon 5 and before Young Money is some people’s dreams. I was traveling, I was on the road, I was playing concerts. But for this next level, my relationship with Adam which came long before Maroon 5, I’ve known Adam for a long time, and Mack Maine obviously in high school, it all just came full circle. They are now a part of this next phase of where my career is going. I just think seeds are planted long before they come to fruition and I think that’s what happened now, the relationships that I’ve built through the years and now taking me to a new phase.

YouKnowIGotSoul: Before your current situation, you were writing for other artists, an independent artist yourself, and having success with that. You were then able to take it to the next level and get the major label deal. What’s some advice you could give to up and coming artists who are looking to do the same with their career?

PJ Morton: What’s worked for me is, I just remained an individual. I’ve learned that when you chase something and when you try to do what’s happening right now, people don’t have a way of identifying when they need to. When they get to the point where they say “Hey, I want that PJ Morton sound”, it’s now a certain sound as opposed to me just fading in and camouflage with a whole bunch of things. Be yourself, be an individual, and stick to that. It will pop at some point.