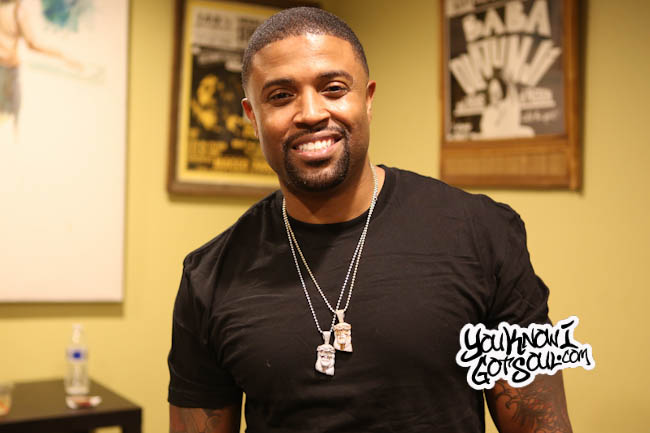 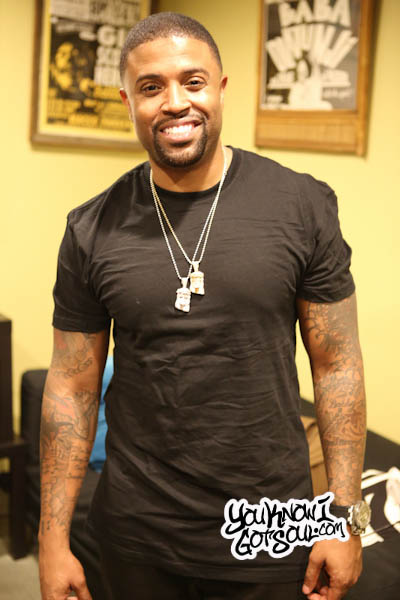 RL, the voice of Next. Not only the mastermind behind many of the group’s biggest hits, but also the creator of many hits by your favorite artists. As he continues on this journey as a solo artist, he can be assured that his legacy in r&b is already solidly in place. A man who we will go out of our way to support above most others for the love he’s shown us over the years since our first interview back in 2010. But also because we truly believe in him and the power he has to keep creating good music for years to come. After blessing our Sol Village stage in NYC and bringing out his brothers from Naughty by Nature as a surprise guest, we sat down with RL for another great interview. We discussed the impact that Kay Gee and Naughty by Nature have had on his career. the journey to solo stardom with his debut project, continuing down that path, what the future holds for his music, and much more.

YouKnowIGotSoul: You just got off stage here at SOB’s for Sol Village. You had Naughty by Nature out as a surprise guest, and it had us all nostalgic. It was special because Kay Gee was the one who discovered you and introduced you as part of Next. What do you remember about being discovered by him?

RL: To be honest, it was a village. He was the one that had the label, but it was like Vin and Treach who were giving us tips and teaching us the ropes. Tonight was bittersweet because it was almost like I was 18 again. I’m in awe when I’m around them anyway, I think I almost start acting immature again because I look up to them so much. When I said that besides God and my parents, without those guys I wouldn’t be here, I really meant it. It was amazing. I knew that if I was going to do something that you were involved in Tom, after all that you’ve done for me and my career, I had to make sure that it was epic. I called the big guns and my big bros came out and rocked it with me!

YouKnowIGotSoul: Really appreciate that! You’re embarking on this solo career now, but you had success with it also back in the late 90’s with “We can’t be Friends” with Deborah Cox, “The Best Man I Can Be” song, and “Until the End of Time” with 2Pac to name a few. What was it like for you at that time trying to emerge as a solo artist?

RL: To be honest, I really wasn’t trying. With Deborah Cox, Clive Davis has requested me to be on a record with a label mate. 2Pac was just something I was excited about doing. As far as “The Best Man”, I was requested by the label. I was actually coming off of tour with Boyz II Men and got the call. There were originally supposed to be other artists involved in that. I think what ended up happening is, I was the one artist they kept saying I was going to have to do it. I don’t know if it was because they were fans or because they were recording in Minnesota at Jimmy Jam and Terry Lewis’ studio and they knew I lived there. I left home, came to the studio, recorded, went back home and went to sleep.

YouKnowIGotSoul: A dope thing that many don’t realize for you is that after signing to Kay Gee’s Divine Mill label with Next, you helped create music for the other artists he was signing such as Jaheim and Koffee Brown. What was that time like for you?

RL: I didn’t realize what I was doing at the time. Now you look back like “Wow I did this, I accomplished that.” It was really like a big family, your brother’s and sister’s living in a house together. I might go from writing a verse on a Next record to writing a hook on another track that Kay Gee has for Jaheim. To be honest, people ask me all of the time, what was it like. All I knew was I was writing and I didn’t care who it was for, I just wanted it to be on the radio.

YouKnowIGotSoul: Just look back at your debut solo album “RL: Ements”. I heard in another interview you did earlier tonight where you said it wasn’t your best work. However, I have to say you had some great songs on there. Talk about what the album means to your career.

RL: My project is almost like my first girlfriend. You learn a lot but you make a lot of mistakes. You just hope that you don’t hurt your next girlfriend like you did the first one. Again, I’m proud of all of the work that I’ve done, but I’m also very critical. I feel like I could always do better. That album was a process of me learning. I had never been in the studio by myself. I didn’t have Kay Gee there, I didn’t have my group members. It was just me, Walter Milsap, DJ Quik, The Underdogs, and a few other producers. Me and my best friend out in L.A. were going to Tracking Place, which was Babyface’s studio. Just recorded every day for like 3 months straight.

YouKnowIGotSoul: How do you compare the process of establishing yourself back then as a solo artist to now emerging once again with your solo career?

RL: The difference is I know who I am and I can get that sound that’s in my head to come out of the speakers. I can create exactly what I heard in my mind, once I press play when I’m done, I can hear it. Back then I was experimenting, it was never exactly what I heard in my head. Secondly, back then I didn’t plan on doing a solo album. We spoke in an interview earlier and I talked about when I was with Arista and Clive Davis ending up leaving. We were the only group with an album out at the time so I had a meeting with Mr. Davis and I wanted to do another next album. He said we couldn’t, but he put me on a plane to L.A., handed me a half million dollars and said to do an album. I couldn’t say no. So me doing a solo album back then was really about the timing for Next wasn’t right to do album. We needed new product in the market place, but the situation with the two labels and the merger messed it up.

YouKnowIGotSoul: This new album you’re getting ready release “5:15”. We’ve talked about this album before and I know many have been anticipating it. When do you feel the right time to release it will be?

RL: To be honest, I see a lot of my counterparts and they have great music, they are super talented, but then they drop albums with all of this great music without the right marketing and promotion, and nobody gets to hear it. I just can’t see myself wasting music anymore. I’d rather just continue to do shows, doing the hits, maybe teasing a few records here and there but, I’m confident in what I have no matter when it comes out. I’ve always felt like I write timeless music, so if it doesn’t come out next year, I just want it to be the right time with the right backing. I want it to heard by everybody. It’s ready, I’ve recorded over a hundred records, I keep talking about it, I’m proud of it and anxious. If you guys are waiting, you gotta believe how frustrated I am. I continue to do shows like tonight and continue to let people know I’m here. Hopefully somebody will believe and press that button.

YouKnowIGotSoul: You said you’ve recorded a hundred songs so far. Tell us about the music you’ve got, what’s the sound like?

RL: You’ll get growth. Not what you hear on the radio. I’ve made a conscious decision to be selfish and dig deep and make music that I like. I feel like I have one chance, and If I’m going to lose, I’m going to lose on my terms. I just really want music that’s relative and people can listen to at different times; working out, making love, cleaning the house, arguing. I can’t say I want to bring back anything, i hate that term, i just want to do me.

YouKnowIGotSoul: Talk about the meaning that Kay Gee has had on your career.

RL: Kay Gee is my Moses. *Laughs* What I mean by that is he led me here. All of the values and the professionalism that I have and the artistry, it’s because of him. He gets total credit for making me believe in myself and making me believe what I was doing was right. Who else would give some nappy headed kid from Minnesota at 16 years old the opportunity to go in the studio with a pen and pad and write his own songs and arrangements? All it takes is somebody beliving in you, and this guy believed in me. It meant everything.

RL: I know a lot of people probably come check out the site and see these artists on here and are blessed to be able to type in the website and press play. But, I want you guys to realize there are people that work really hard behind the scenes to make this kind of thing happen. I know a lot of times artists act like this is what they’re supposed to do, but the truth is it’s not like that. In this day and age there are people that couldn’t survive without people like Tom behind the scenes making this happen. People might think I’m jaded because I’ve been in the game so long, but these moment like this are the best moments of my life and I really appreciate. Because you know I got soul!