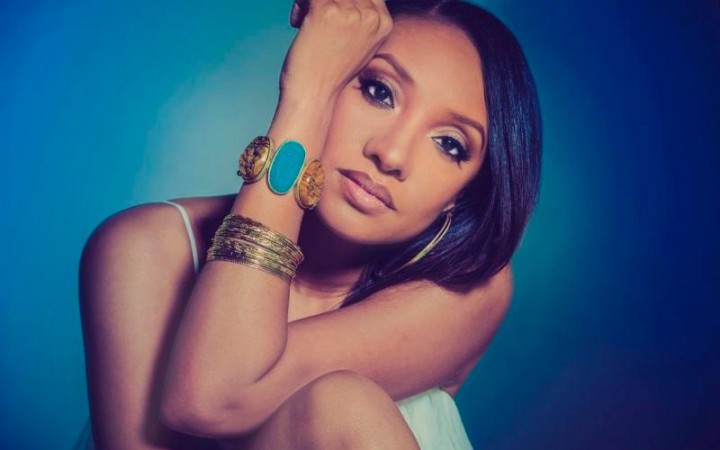 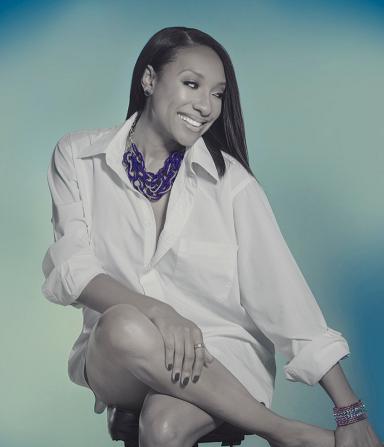 When an artist’s debut album features the likes of legends like Stevie Wonder and Brian McKnight, that should be enough to grab your attention. However, that would be overlooking the fact that Shelea is one of the best vocalists we’ve been introduced to in years. We’ve been featuring her music over the past few months, but it wasn’t until we heard her live at a recent performance in NYC that we really developed an appreciation for her as an artist. With every intention of reaching to her classical influences for inspiration and mixing that with the current sounds of soul/r&b, we have an artist who’s destined to make an impact in the Urban A/C genre; they’ve been waiting for someone like this. YouKnowIGotSoul sat down with Shelea recently after that NYC performance and discussed the release of her debut album, her epic collaborations, growing up listening to classical music, being a true musician, and much more.

YouKnowIGotSoul: You just released your debut album, so introduce us to the project.

Shelea: I’m so excited, we just released my first album “Love Fell On Me”. It’s on iTunes and Amazon. We have some great features like Stevie Wonder, Brian McKnight, I wrote a song with Narada Michael Walden. We’re really excited about it. It has that R&B/Pop lane and it’s just a collection of love songs and just all the different emotions of love song.

YouKnowIGotSoul: I read that the album captures the true essence of romance. What inspired you with the writing?

Shelea: Burt Bacharach and Hal David are my musical heroes. That writing duo group just had lyrics that were so meaningful. Though I can never get to that level of writing, I just want to reach for that, so I just wanted to tell a story in a poetic and thoughtful way that’s not just always the same way of expressing love, which has so many dimensions. I just wanted to go back to the true songwriting and really developing the verses and the bridge kind of takes you somewhere. I just wanted to take it back to the music of the past.

YouKnowIGotSoul: You mentioned the collaborations with Stevie Wonder and Brian McKnight. It’s rare for a debut artist to work with legends like them. How did those opportunities come about and what was it like working with them?

Shelea: First of all, I feel so blessed because there are some things you can’t even plan, God just gives it to you. I met Stevie Wonder 5-6 years ago and I was on another album, Take 6’s which, which was nominated for 3 Grammy’s. I was singing “Someone to Watch Over Me” so he heard it and loved my vocals. He asked one of the guys from Take 6 to phone me up and said he wanted to meet me! It was really random, but we went to the studio and connected. We kind of kept a friendship going and I ended up singing for his annual “House Full Of Toys” show he does every Christmas. We just continued to work together. When my album came, he wanted to be a part of it so it was a blessing.

YouKnowIGotSoul: I know on this album you have some classical influences, but the sound isn’t too old school. The album has a new vibe to it and you pushed the musical envelope forward. Talk about the sound there and what were you influenced by?

Shelea: I grew up playing the piano ever since I was 7 years old, so I played classical music. I would listen to classic music and I still do. I listen to all genres of music and I feel like even if it’s not the genre I’m not going to make an album from, it’s still something that still comes out in my songwriting, producing and the way I record certain things. I’m thankful to have that background.

YouKnowIGotSoul: Talk about yourself as a full musician since you can write, arrange, play piano and everything. How did you develop the full package?

Shelea: As I said, I was playing the piano very early on. Writing actually came a lot later. I didn’t start writing until I was in college, but just playing piano, I think it makes that room a lot easier. Also when it comes to producing because everything kind of centers around me at the piano. At the heart of it, I’m a singer-songwriter. Me at the piano, I just kind of build on that building block and that’s when I get ideas for a string line here or hearing an instrument there and that’s where the producing comes into play.

YouKnowIGotSoul: You released your debut album and now your single is on rotation on Sirius XM radio. What was that feel like for you as an artist?

Shelea: It’s so rewarding, it’s really rewarding. I feel really blessed. People are really responding to the song. Just even tonight, it was so good to hear the response. A lot of times when you do a song that everybody already knows or covered, you get a response, but actually I feel like I got a stronger response tonight from my first song which is the the original song I wrote. That was really cool.

Shelea: I’m excited and I can’t wait to start touring. I just hope to keep being able to do what I love.