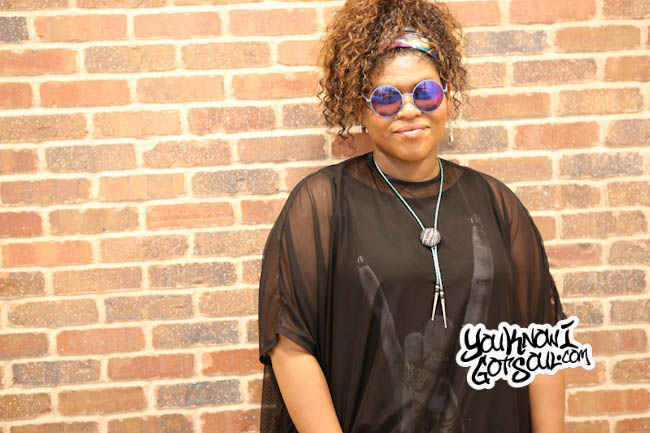 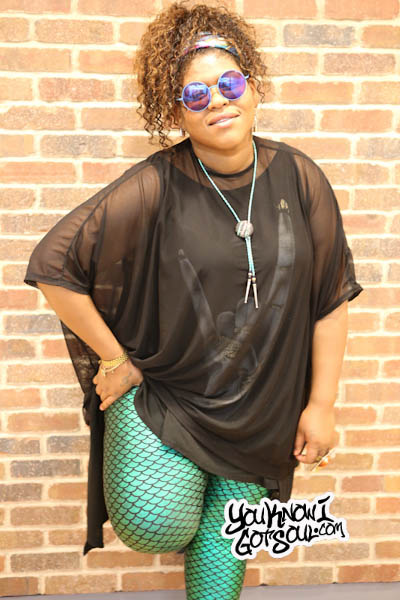 Stacy Barthe has been one of the crown jewels of the New Motown’s young roster of talent, and after a long journey towards her debut album, “BEcoming” finally has its release. After writing for other artists for years, working under the tutelage of John Legend on his HomeSchool label, and overcoming personal strife, Stacy has arrived. The butterfly on the cover art of becoming could easily be used as a metaphor for her career, as she has now blossomed and spread her wings. YouKnowIGotSoul sat down with her recently to discuss her journey, what she’s learned from John Legend, what she hopes fans will take from “BEcoming”, and much more.

YouKnowIGotSoul: You’ve just released your debut album “BEcoming” and it’s been a long journey for you to get here. How are you feeling now that it’s out?

Stacy Barthe: I’m happy that it’s finally out, just because it’s been a long time coming and I feel it’s important for people to hear it. It’s talking about the human condition and I feel like everybody will be able to find at least one song that they can be like “Oh my God, why are you talking about my life right now?”

YouKnowIGotSoul: One thing we noticed about the album is how vivid the lyrics are. How are you able to do that so successfully?

Stacy Barthe: I’m pretty transparent and very honest almost to a fault. I don’t hide anything or sugarcoat anything. I don’t play politics because that means I’d have to lie. I’m just forthright in my whole being. It wasn’t that difficult to emote what I was writing about for the album because my writing for me is very autobiographical.

YouKnowIGotSoul: Is it hard to make your lyrics so personal and put yourself out there?

Stacy Barthe: I think it’s important because especially for people of color in the urban community, some of the things I’m talking about are very taboo and swept under the rug. As far as suicide and depression and alcoholism and stuff like that. Our community doesn’t believe in therapy, they believe in dealing with it. I’m like a tiny white woman stuck in this body! *Laughs* I’m very open about my shortcomings. It’s nothing for me. People think I’m so brave for being like this. But I’m just being me, I’ll take it.

YouKnowIGotSoul: John Legend was an executive producer on this album. What did he contribute?

Stacy Barthe: It dates back to 2005 when I first heard “Ordinary People” and I thought it was a brilliant song. As far as I go with him, he respects me as a songwriter and as an artist, so his input was just like “I’m here for whatever you need, but do your thing because your thing is magical, so do that.” He didn’t really meddle, he just let me do my thing and when it was done, he was like “Oh, this is awesome! I don’t really have any criticism.” He co-wrote “Here I Am” with me. He’s awesome. He’s one of the most even keeled people I’ve ever met in the music business. He’s just cool as a cucumber.

YouKnowIGotSoul: At what point did you know it was time to step from behind the scenes as a writer and become an artist yourself?

Stacy Barthe: I never really came to that place, I just got tired of doing endless sessions for free. I ran out of money from my publishing deal and nobody wanted to sing my songs. I just put these songs out and it kinda happened by default because when I put out my EP I was 350 pounds, I didn’t think anybody wanted to hear or sing these songs.

YouKnowIGotSoul: Will you continue to write for other artists in the future?

Stacy Barthe: I’m only involved with projects that I care about. Before I was chasing projects like I was doing endless sessions, hoping somebody would pick my song for their album. Now I’m just connecting with like minds and spirits. I do things wtih people that I like and that like me.

YouKnowIGotSoul: What do you want people to take away from “BEcoming”?

Stacy Barthe: With “BEcoming”, if you see the artwork, it’s like half of a butterfly. If you know the shelf life of a butterfly, after they die in the cocoon to become a butterfly, they only live for about 4 weeks. I think the beauty in the album is that death is completion. So that’s why it’s half of a butterfly. As long as I’m living, I’m always going to try and become and get to whatever is next. Even when I become this one thing, when I get there, I’m going to try and become something else. As human beings, as long as we’re alive, we’re forever becoming. That’s what I want people to take away.