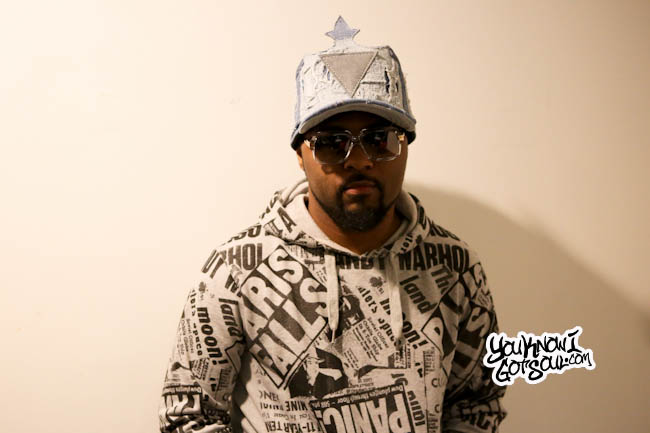 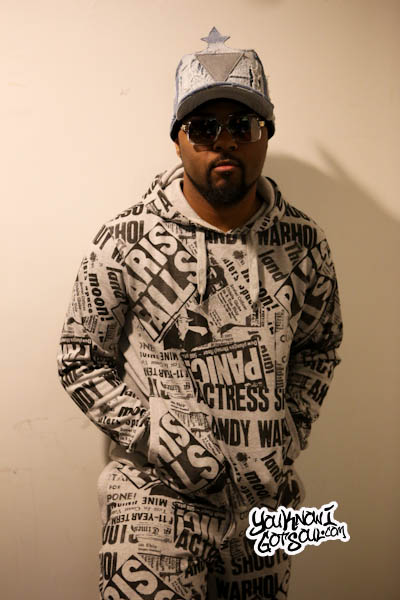 When Musiq Soulchild introduced his persona The Husel, it was met with mixed reviews. Many applauded his creativity and willingness to try something new, but many didn’t understand and chose to make hateful comments. One thing is for sure: The Husel is not an experiment and it’s not going away. The Husel is born out of an inspired individual looking to create the music that makes him happy, whether you support it or not. YouKnowIGotSoul sat down with The Husel to get his perspective on the creation of his persona, what his plan is, how other artists are responding to it, and allowed him to respond to some of his negative YouTube comments.

YouKnowIGotSoul: You’ve been building up your profile. I read you call this sound “Urban New Age” so what inspired this sound?

The Husel: I don’t think it’s appropriate to say it was necessarily inspired, but it was something that was already out there. I’m just repurposing it in my way. That trap sound with the 808s and Hi-Hats, all of that is an evolution of Crunk. When you start introducing other elements into it, that’s how you get that trap sound. By no means is what I’m doing, I don’t consider it trap music because that’s a totally different culture. That’s not my life and it’s not rap music either because I’m not spitting bars. Out of respect to those cultures, I’m letting folks know that this is not what that is. That left me with what to call it and the only thing I could call it is Urban because that’s the common element of it that I can always come back to. Whatever I want to call it, at the end of the day, it’s an interpretation of Urban music. Then some words started flying around and I got “new age” and I put it together.

YouKnowIGotSoul: The lyrical content is very positive and some of it is inspiring. There are songs that really get you going.

The Husel: That was always the intent hence the name The Husel. If I’m calling myself that then I feel like I need to represent it in the best way I know how. It’s no different than the other brand and if you’re going to have a name like that, you have a lot to live up to. I heard once that it’s good to have a good name because you’ll always have something to live for. I feel like everyone is hustling and on their grind. If I’m making music as an entertainer in this industry and I’m making music for the people, it should be appropriate and it should relate to the things that concern them. There’s nobody that I can’t find that’s not on their grind in one way or another. It’s just a necessity of life.

YouKnowIGotSoul: You put out the 4 song EP and you have the album coming soon. What can we expect to hear on there?

The Husel: Well I actually didn’t release an EP yet. I just released 3 songs. I guess it could be called an EP but that wasn’t the intention. I just wanted to introduce the music. It was an introduction to The Husel just to see how everybody felt about it. I got some very interesting responses. However, despite the less than positive ones, I still appreciate the entire situation because it generated an interest and a buzz. In this game, a buzz is a buzz whether it’s good or bad. Somebody is still talking about you and it’s our responsibility to direct it and shape it into what you would like it to be. I released “Grindin”, “Generate” and “Greatest” and I released the official first single called “Yeauh”. Just to be clear, this is not a gimmick and I’m not doing a mockery of southern culture. This is honestly my homage piece to southern culture because I moved to Atlanta for about 7 years now. As an artist, you can’t help but to be inspired by your environment so this is where it comes from.

YouKnowIGotSoul: We took a look at some of the comments you’ve received on YouTube and we wanted to share some with you and get your reaction. One person said, “It’s catchy, but he needs to go back to making love songs”.

The Husel: Well The Husel doesn’t make love songs and I think that’s a huge problem that people are having. They keep looking for Musiq when they see The Husel. The less you look for Musiq, the more you’ll look for The Husel. Right now, I’m doing this Husel thing. Another thing they keep missing is that I keep telling them that I’m doing both. I don’t understand how else I can say it to make that point clear. I’m not stopping anything. I’m actually giving you more. To comment on that comment, I never stopped making love songs. I’m just doing something else right now.

YouKnowIGotSoul: Someone else said, “I like this song. It seems he’s still giving us R&B flavor but in a different aspect. I can still appreciate all facets of his gifts, but I feel like he could have put it under the Musiq Soulchild brand and made it successful through that”.

The Husel: Again, keep looking for that other brand. I can’t stress that enough. Unless you look for it, the more you’ll appreciate what’s right in front of your voice. If it was a person you never knew or heard about and they started doing The Husel, how do you think that would have been received? But because you saw me as one way, it is you that’s the problem with not getting into it. I know the work and time I get into it. It’s different in a better way because I actually work harder to be the other brand. This is actually easier and more me. That’s what people don’t understand. I’ve been accomodating the industry for 15 years now conceding to terms and going along with ideas because I’m a team player, but only to wake up and realize I’m creatively frustrated and I can’t really blame anyone but myself because I allowed it. Don’t get me wrong, I’m grateful for all that I’ve accomplished. People come up to me and tell me how much I’ve changed their lives. I’ll never downplay that. However, this is my life that we’re talking about. As an artist, it’s a very sensitive thing because the state of emotion is important. In order for you to go out there and be passionate about entertaining people, I just didn’t find myself in that space anymore and I just wanted to stop. It didn’t make sense to me anymore. The numbers were changing and the bread wasn’t coming like it was. I’ve got a child to feed. You might not care, but I’ve got to get this money.

The Husel: Dope and it will be back. This is the funny thing. How can people be a diehard supporters but you have all this negative stuff to say. I don’t want conditional love. You’re not doing me any favors. If you’re going to just flip like that, I’m not here for you. I’m here for people who are going to peep it. You might not get it, but just be patient. Trust me and have a little faith that I’m not going to give you any crap. I get that it’s foreign and new. That’s why I’m doing all this explaining. In the future, I’m not going to do it so much because everything I’ve said, you should be able to get something out of that. You’re not going to make me feel like I don’t know what I’m doing unless I was comfortable.

YouKnowIGotSoul: What we respect is that you’re doing what you want to actually do. What has the response been like from other artists?

The Husel: Some artists are willing to work with me and I’ve had people come up to me and let it be known that they don’t fool with it. I respect it because those are artists and they think about their legacies. They don’t want any contributing factors that are going to derail this situation. And that’s cool, I don’t take it no way. I get it. None of them have been disrespectful so I respect it. I just pray that later on down the line, they’ll peep it for what it actually is. What I’m not going to do is to beg someone to be part of this because I want someone to co-sign this. I’m secure about my creativity, but I could use some assistance because I can’t do everything by myself. I’m going to do it either way, but it would be cool to pair up and team up with people. Not just for me, but it’s for people so the audience can get a better experience. I’m doing this for you guys. I can be creative on my own terms.

The Husel: What’s actually happening is that The Husel is part of a persona project. I’m releasing more coming soon. Just like people put out albums, I’m putting out personalities because I have all this creativity. I felt it was a little unrealistic and unfair to not maximize on my creative abilities. Everyone wants to do their thing and some people want to stay in their lane. That’s fine and I don’t need to imply that in any way. However, I don’t know how to sit still. I’ll pat myself on the back for sticking it out for as long as I have for one lane. That wasn’t easy. And not only sticking it out, but it was living out other people’s requests. I repurposed it and put myself into it which is why it feels the way it feels, but there’s a difference when something comes to you and you present it and something that comes from you. It’s a whole different energy. Now I feel like being The Husel and these other personas that I’m going to come out with soon, you guys are going to get more of me. Don’t get me wrong, I’m still going to do the other thing, but it needs an overhaul. I need to be authentic with myself about it. Anyone can go to a job and fit themselves within the criteria. It’s a whole different thing when you start your own business. It’s just a different vibe and I feel like you guys are worth that much. All you supporters of the other brand, don’t worry because it’s coming back. I’m not putting it out like any old thing. I’m going to do my best to give you the best work I can give you guys. Meanwhile, please enjoy the present entertainment. The album is coming out May 5th. I feel like if I’m going to do anything, it has to be the best quality that I can accomplish given my responses at the time. The EP will be called “The Pre-Up” which will be a compilation of songs I’ve already released and the songs on the upcoming album “Husel Music”.