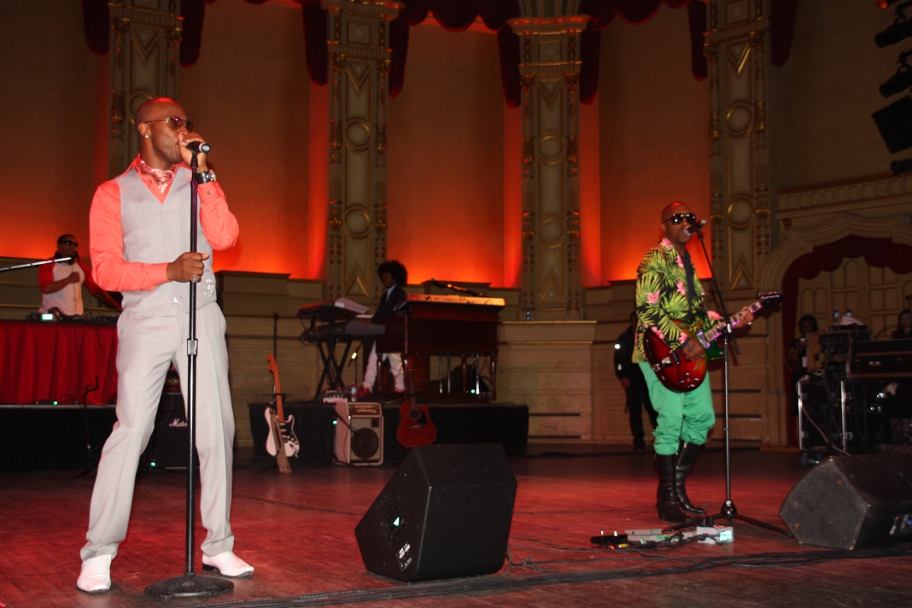 YouKnowIGotSoul had a chance to catch up with Amar Khalil and D’wayne Wiggins of Interview: Tony! Toni! Toné! at Soulstice 2011’s Meet and greet a couple of hours before their performance at the Orpheum in Vancouver, Canada. They talked about what the future holds for the group, the background behind the Alicia Keys classic “Diary” and also what they think of R&B today.

YKIGS: You guys have been in the industry for a long time. Are we going to hear something from you guys in the near future as far as new album?

DW: We’ve been back and forth on the table about that and Amar is looking at me like “What are you going to say now?” We’ve been wanting to do this project and we definitely will because it’s real and I believe in it coming natural. We’ve just been trying to pick up more dates and trying to travel and experience with each other. I always believe when you got something to say, that’s when you put something out.

YKIGS: I know the reception that you guys have got throughout the arenas has been great despite the fact you guys haven’t put anything out in a while. How does it feel knowing you guys are still relevant?

DW: It feels good because it’s always been about the music and the people. Before we got a deal, we used to do it like this. This is for life. It feels good, no pun intended. *Laughs* Truly, just to be able to meet this next generation of folks that’s enjoying our music and understanding they could feel of genuineness in it, I guess that’s what made it last. We love the support and we love the fact people are still digging real music and that’s what we represent.

YKIGS: I want to ask you about a song you guys did with Alicia Keys called “Diary”. How did that song come together?

DW: Alicia came to Oakland and hung with us at a spot called the House of Music. At the time, Keyshia Cole was living there and I was working on Destiny Child’s last project. We met then and she was signed to the label and she ended up getting dropped and moved over to Sony. She called me and said she wanted to do something like we did at the House of the Music so we flew Tony! Toni! Toné! up there to New York and we made a beautiful song happen in one session. She’s a fabulous young lady. That was a great honor to work with someone like that. She’s one of those who are going to be around for life. That was beautiful and we got a Grammy off that album. That was only the Grammy we ever got and the Grammy is all about the people.

YKIGS: How has R&B changed?

DW: It’s changed. For me, R&B is another thing. I’m a child of the 70’s. R&B to me is Curtis Mayfield. Then a transition came in and I was part of the Hip Hop era when Sugar and Kane came out. That was a good transition for me. Then now R&B is Hip Hop and Hip Hop is R&B.

YKIGS: AK: Technologically with all the different sounds with synthesizers, keyboards, and things like autotune. It’s different, but they still use the elements of the old school so it’s not a far departure. It’s just putting a new twist on it, so it’s cool.

DW: I think it’s coming around in some full circle stuff because I can hear that soul in that youngster Chris Brown. There are a lot of new artists that I really dig and I think they really understand what R&B and Soul music is about.

YKIGS: Who are some other artists you’re interested in listening to?

YKIGS: Have you been watching “The Voice”?

I watched a little bit, but I don’t watch a lot of television. When I do see it, I know how he gets down and he’s fly to me.

AK: It’s cool. For us it’s all about Roger Troutman & Zapp. That’s the original get down. Stevie Wonder used it back in the day. It’s just something that the new artists have jumped up on and are like “Oh Wow.”

DW: You’re going to see it tonight. I brought one of my sons out to jam with us and he’s going to play keyboards. He’s one of the ones that are gifted on that talk box.

YKIGS: If you guys start working on a new album, how do you guys balance between what’s hot on the radio right now and what’s true to you guys?

DW: You just do you.

AK: And it works. People feel you versus you trying to make a song that sounds like Justin Bieber, Usher or whatever. You don’t try to in the studio and say “I need to make a song Usher or Chris Brown has.” You just go in the studio and do what you do. Whatever you’re feeling, whatever you’re writing about and it comes out and the musician stuff happens and then it’s a beautiful situation.

YKIGS: And the million dollar question, will we see a Tony! Toni! Toné! reunion with yourself and Raphael Saadiq?

AK: You never know. He’s doing quite well with his solo career and doing some television things of that nature, but you never know.