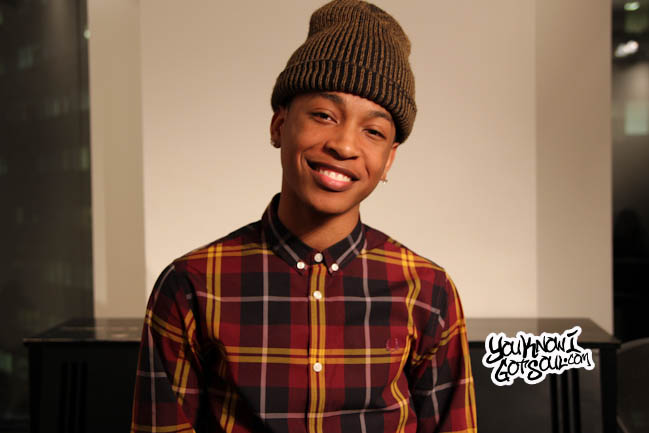 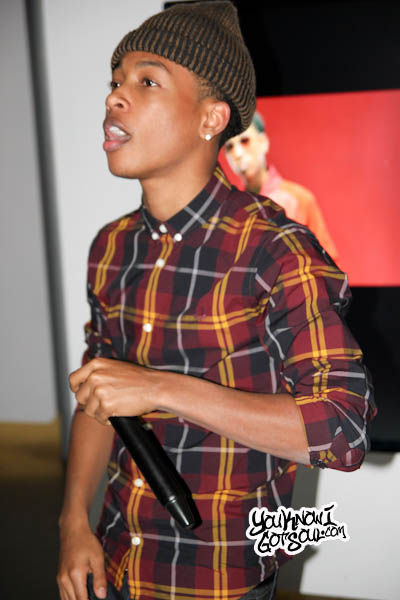 The next generation of r&b music is here, and it’s being ushered in by young Jacob Latimore. A triple threat (singing, dancing, acting) whose influences range from B2K to the Temptations, Jacob has studied the greats and perfected his craft to mold himself into a true entertainer at only 15 years old. He was able to to further solidify his star power and make a name for himself while appearing on the Scream Tour earlier this year; a tour known for featuring blossoming young talents. YouKnowIGotSoul got a chance to speak with Jacob, and in this interview we discuss his origins in music, his debut single “Like Em All” with Diggy Simmons, what to expect on his upcoming debut album, his first lead role in a movie, being a true entertainer, and much more.

YouKnowIGotSoul: When you released your first single “Best Friend” back in 2005 and it was picked up by Radio Disney, what do you remember feeling like when you heard it on the radio for the first time?

Jacob Latimore: It was crazy, it was kinda like a dream come true. Singing was always something I wanted to do and I was speechless really.

YouKnowIGotSoul: I read in your bio that a showcase you had a few years ago in Atlanta to introduce you to the scene down there really boosted your career and attracted some artists and producers to come check you out. What do you remember about that?

Jacob Latimore: Well it was a lot of rehearsing and a lot of hard work and I remember Lloyd was there and Rodney Jerkins was there. I just gave it my all and it was one of my first major shows. It was amazing.

Jacob Latimore: Yea I figured it was only a matter of time because it was a lot of kids coming into the industry already so that was kinda like the thing. Wayne Williams, my A&R, he’s always been watching me, so when I turned 13 he just felt like that was the right time and I felt like I was ready.

Jacob Latimore: My debut I’m working on now, I’ve just been in the studio with a lot of great producers and writers and just having fun. I can’t wait for it. The new single will be coming out this year too. I just can’t wait, it’s going to be amazing, and it’s going to be different.

YouKnowIGotSoul: Who are you working with?

Jacob Latimore: R. Kelly, Claude Kelly, Rico Love. It’s been a lot of great artists so I’m just happy that I got the chance to work with them.

YouKnowIGotSoul: Earlier this year you had the single “Like Em All” with Diggy Simmons. Talk about how the song was created.

Jacob Latimore: A few months before I even met Diggy, Diggy was one of my favorite young rappers out right now so it’s a person I really wanted to work with at the time. I was in New York recording at the time and a friend of mine named Walter was like “I know Diggy, he’s down the street, I’m going to go say what’s up to him.” So I said “Wait a minute, let me go with you!” So I took a break from my session and went to his session and came to find out he already knew about me and saw some of my YouTube videos. I was pumped because I was a fan and I told him I wanted to do a song with him. I was actually getting ready to leave the next day, but he called and asked me to come down to the studio that day, so we cancelled our flight and stayed an extra day in New York. I recorded on one of his songs called “You Got Me Now” off of his mixtape and he kinda just returned the favor with “Like Em All”. He recorded the song and then a few months later we shot the video for it. It was a lot of fun.

YouKnowIGotSoul: Do you have an expected release date for the album yet?

Jacob Latimore: No, no release date for it yet, but it will be out very soon, look out for that.

YouKnowIGotSoul: Talk about your role in the feature film “Vanishing on 7th Street” which you got great reviews for earlier this year.

Jacob Latimore: It was my first movie that I ever did and my first leading role I ever did also. It’s like an apocalyptic thriller about four people in a world and they are just working together to survive the apocalypse. It was just amazing that I got to lead through the whole movie so it was a lot of fun for me being that it was my first movie. I did that in two months in Detroit, so I had a lot of fun with that.

YouKnowIGotSoul: Do you see yourself getting into more acting in the future?

Jacob Latimore: Definitely. I just guest starred in “Read Between the Lines”, a new BET show with Malcolm Jamal Warner and Tracy Ellis Ross. That recently just aired. It’s kind of a spin off from my own show that BET created called “Young Man on Campus”. That’s about a 15 year old boy in college and he’s kinda dealing with the obstacles of that and dealing with the big boys.

YouKnowIGotSoul: With your father and uncles being musicians, what type of influence did that have on your own career?

Jacob Latimore: Big influences actually because when I was younger they were always singing around the house. I was always doing that too. When I grew up it was just a no brainer really.

YouKnowIGotSoul: Earlier this year you were part of the Scream Tour. What was that experience like?

Jacob Latimore: The Scream Tour was amazing, it was dope just to be carrying on that legacy. When I was younger I watched my favorite artists on there like B2K and Omarion and Bow Wow. So it was fun that I got a chance to go on that tour especially with kids around my own age. I’m also going on Diggy’s tour as well next month.

YouKnowIGotSoul: You’re a triple threat in the sense that you can sing, dance and act. Do you consider yourself the true entertainer?

Jacob Latimore: Yea, that’s the plan. I don’t want to do just do the singing, I’ve always wanted to do the acting too. I want to branch out to other things as I get older too.

Jacob Latimore: You can follow me on Twitter at @JacobLatimore and make sure you look out for the new single that will be coming this year also.