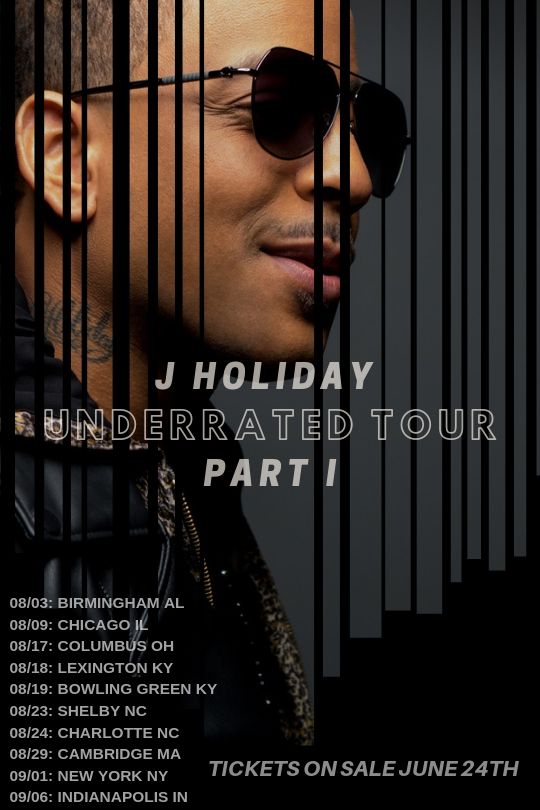 J. Holiday is ready to hit the road after releasing his new single “Feels Right”. The R&B singer best known for his hit singles “Bed” and “Suffocate” will be going on the first leg of the “Underrated” tour.

The 10 city tour begins in Birmingham, Alabama before wrapping up in Indianapolis, Indiana. The tour will also set in New York on September 1st.