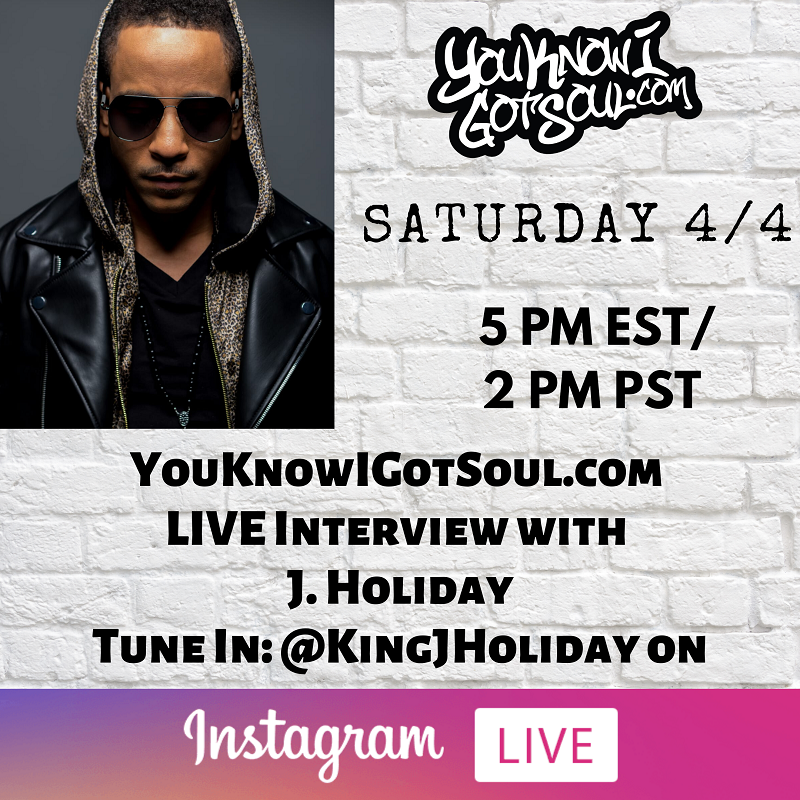 We talked to J. Holiday on the release of his new music including the single “25 To Life”. We also details his upcoming single “Ride” which is set to come out on his fourth album “Time”. The project is set to come out later this year.

In the interview, J. Holiday also explains some of his viral moments including the infamous valet parking incident as well as his beef with R&B group B5. J. Holiday talks about the Immature #TBTour tour and why there was only one tour date

Next we talked to him about his 2007 debut album “Back Of My Lac”. He gave us some insight into the creation of this album which includes the classic singles “Bed” and “Suffocate”.

Finally, we discuss his approach in the music industry as an independent artist which includes not giving away music for free as it devalues his art