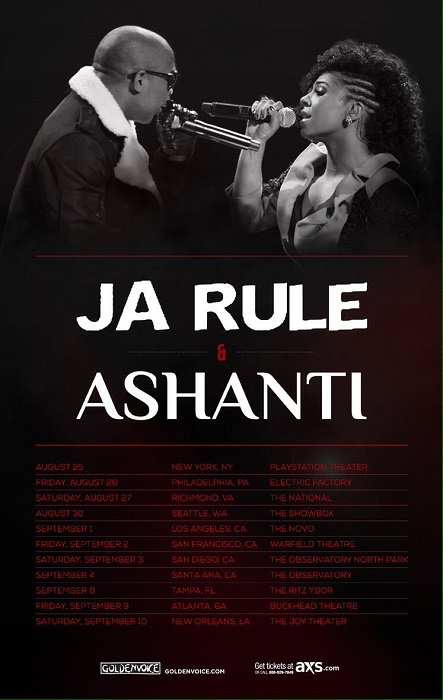 Ja Rule and Ashanti have announced dates for their upcoming reunion tour. The two hitmakers dominated the charts in the early 2000’s with their Murder Inc sound and they’re looking to capture that magic once again. With a slew of hits between them like “Foolish”, “Always On Time” and “Put It On Me”, there’s no doubt that this tour will do well.

Along with the tour, Ashanti has been in the studio working on the following up to her 2014 album “Braveheart”. The CD, which had the single “I Got It” with Rick Ross, was Ashanti’s first stab at being an independent artist after being on Murder Inc for her first 4 albums.