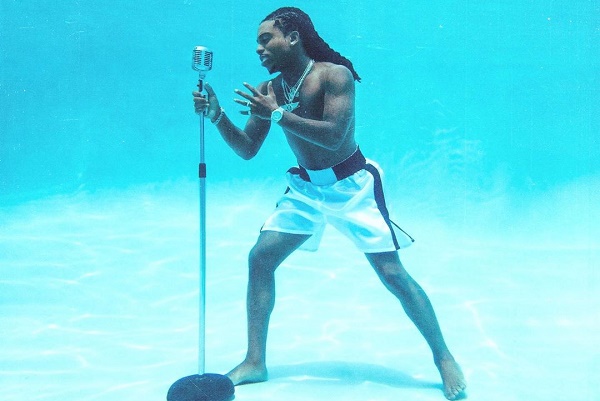 There was no one in R&B more talked about than Jacquees last year when he proclaimed himself the King of R&B for his generation. Social media as usual misconstrued his words and turned it into an opportunity to attack the young Atlanta singer. With that being said, Jacquees has not backed down from his claim and he will be looking to prove everyone wrong when he drops his new album “King Of R&B” next week. YouKnowIGotSoul had a chance to talk to the Cash Money artist about his upcoming album, the criticism that he faced during the R&B debate as well as what he’s learned from R&B veteran Donell Jones.

YouKnowIGotSoul: Your new album “King Of R&B” is set to come out November 8th. Talk about the sound of the project.

Jacquees: The sound is crazy. I feel like on this project I have a lot of singles. I did a lot of work with SK, Sean Garrett and K-Major just to name a few of the people. We have a lot of mid/uptempo records this time and of course I have my ballads. It’s super dope.

YouKnowIGotSoul: You’ve collaborated with a handful of Hip Hop artists on this project, but you’ve been able to maintain that R&B essence in your music especially with your new single “Verify”. What’s the key to that?

Jacquees: I always work with Hip Hop artists. I come from a Hip Hop background, but I think I keep it R&B because that’s just who I am. Same way they are who they are, I’m able to be who I am in any sense.

YouKnowIGotSoul: You’ve worked with legendary producers like Troy Taylor and Sean Garrett on this album. What are those studio sessions like?

Jacquees: It’s super dope working with Troy Taylor and Sean Garrett. When I worked with Troy, he knows what he’s doing on the R&B tip for real and he’s got that soul/R&B ear. And Sean Garrett is a chart topper, so it’s different working with him which is dope too. He’s taking me to places that I’ve never been before when it comes to the music.

YouKnowIGotSoul: On your last album, you worked with Donell Jones on the song “23”. It seems like some of your music recently has that Donell Jones vibe to it, so what did you take away from working with him?

Jacquees: For the most part, I took that style and his swag. He’s got a lot of swag and he’s a real player. I learned more lingo from being around him and learning more wordplay. I learned how to lay it on the beat and how to vibe to it.

YouKnowIGotSoul: The album was supposed to come out under the title “Round 2” this summer. What made you change the album title?

Jacquees: Nothing is more perfect than “King Of R&B” right now. I had the nickname because that’s what’s going on. Why not just claim it and take full advantage of it? Yeah I am the King of R&B, but that’s the name of my album too. Nobody can ever name their album “King Of R&B” again. I know they wish they did it, but nobody thought about it so here I am.

YouKnowIGotSoul: You sparked this whole dialogue last year when you called yourself the King of R&B for your generation and it’s funny because over the last decade, no one has wanted to claim R&B. Were you surprised by the response?

Jacquees: Yeah, I was real surprised. I didn’t think that a lot of people were going to react to it and I wasn’t doing it for other people to do that. I was surprised they acted like that and I made some people hot, so it is what it is.

YouKnowIGotSoul: I don’t think any other artist has really stepped up to the plate since your statement. How much pressure are you putting on yourself to deliver with this album?

Jacquees: Pressure? It’s not really any pressure. I don’t ever put pressure on myself. Birdman always tells me “Don’t think too much”. I found myself thinking too much, but then I got back in my element. I’m Jacquees, I make music. This is what I do, so I’m not really tripping.

YouKnowIGotSoul: After you made your statement about being the King of R&B, a lot of people were attacking on you on social media and we felt it was unfair because they didn’t even bother listening to the music you had put out including your debut album. Was that frustrating?

Jacquees: I’m not going to say it’s frustrating because it doesn’t frustrate me, but I can see what you’re saying. It is a thing where they don’t know when they’re talking about because they don’t even listen. When I hear people say that I can’t sing, it’s like “Have you heard me sing or are you just going off what somebody else say?”. People will say I don’t have my own songs, but have you only heard “Trip”? Have you not heard “Come Thru”, “Feel It”, “Ocean”, “B.E.D.”, “At The Club”, “Who’s” or “Your Peace”? It’s so many records, but we live in a bandwagon generation. It’s like a domino effect. One person can say one thing and then it’s a cool thing to join along with it.

YouKnowIGotSoul: A lot of R&B veterans such as Donell Jones, Jon B and Ginuwine have all co-signed you. What do you think they see in your talents?

Jacquees: I think they see the thing they saw in themselves, if not more.

YouKnowIGotSoul: Last week you posted basically every male R&B artist on your Instagram to shout them out which is rare because most young artists don’t pay homage to the previous generations.

Jacquees: Yeah, I pay homage and some people respect it.

YouKnowIGotSoul: What do these legends mean to you?

Jacquees: They mean a lot because they molded me. Everybody got molded from something and everyone comes from somewhere. Some of the guys are really a big influence on me. Some weren’t really a big influence, but I knew it had to be some type of influence because I heard their music growing up. It was a lot young dudes that wanted to be just like them.

YouKnowIGotSoul: Who are your top Kings of R&B?

YouKnowIGotSoul: It seems like you’re proud being just an R&B artist. We haven’t seen you calling yourself a Hip Hop artist. What makes you so proud?

Jacquees: Well I’m not going to say I just want to be an R&B artist, but I’m just a master at my craft. You know how Jordan went to go play baseball, but he was that nigga in basketball? I’ll go make albums with Birdman called “Lost at Sea” and we’re working on the third one now. I’ll dibble and dabble into that. I can do my thing for sure, but I’m not going to stand up and call myself a rapper. Nah I’m not going to do that, but if you ever hear me on a rap song, don’t ever be surprised to hear me snap on that motherfucker.

YouKnowIGotSoul: The singles you have put out for this album have been predominately R&B. When we look at the landscape of mainstream music, it’s a lot of autotune and trap music. Is it tough to not be inspired by that and go that trendy route?

Jacquees: These dudes don’t really inspire me. No disrespect, but they don’t inspire me. I’m a fan of the music, but it’s not inspiring. It’s not like “Let me go make a song like that”.

YouKnowIGotSoul: You’ve been in the game since 2011 and maybe even before that. When people finally get a chance to listen to the new album “King Of R&B”, what do you want people to take away from it?

Jacquees: I want them to think about the time we’re in right now and think about everything from my generation. Go from there and judge me from there.