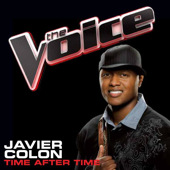 You know we’ve been supporting the highly under appreciated Javier on this site for awhile now, so I’m glad to see he’s getting attention on the national scale again. I’ve been a fan since I heard his debut single “Crazy” back in 2002, and followed his career closely since he left Capitol after his second album in 2006 and continued on the independent route. This single is also currently available on iTunes.