Jazmine Sullivan Releases New Song “Stand Up” From Film “Till” 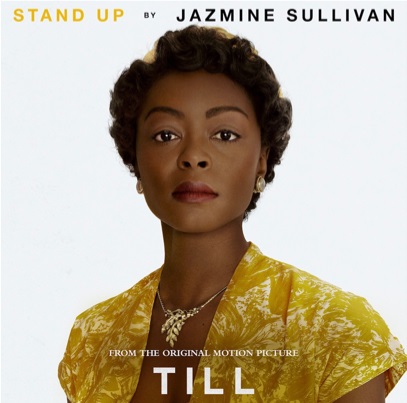 Jazmine Sullivan has just released the special song “Stand Up” which she wrote for the upcoming, long-anticipated film “Till”.

The song was produced and co-written by Dernst “D’Mile” Emile II. It’s an uplifting and heartfelt song that runs at the final scene and end credits of the film as a tribute to Emmett and Mamie.

Jazmine adds that the new song focuses on how Mamie Till-Mobley:

“Found her voice and purpose in so much turmoil. I’m honored to be able to contribute to such a powerful film about such a historic and tragic moment in American history.”

“Till” tells the heartbreaking true story of the historic lynching of 14-year-old Emmett Till — for whistling at a white woman in Money, Mississippi in 1955 — through the eyes of his mother Mamie Till-Mobley.