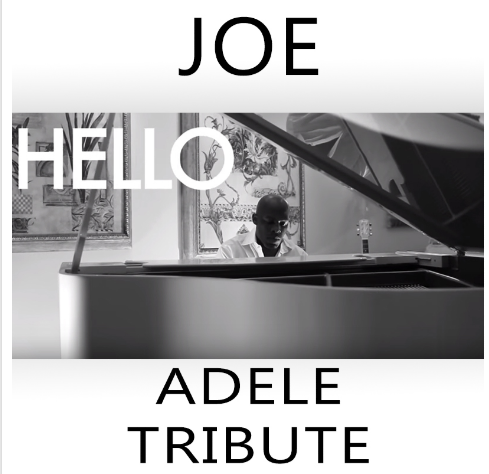 R&B legend Joe Thomas tributes Adele with his touching cover of her current smash single “Hello”. In the video for his rendition, Joe plays piano as he effortlessly croons the notes of pop/soul queen Adele’s latest hit. Few in r&b have the vocals to do the song justice, and Joe once again proves why he is he one the genre’s elite.

In addition, Joe is currently working on a new album for 2016. The project will be his first since releasing “Bridges” last year. The effort featured one of our favorite singles of 2014, “If You Lose Her”, and has helped keep Joe on the upswing in his career.

Along with actively recording new music, Joe has been a mainstay on the road over the past couple of years. Not only did he join Kem on his “Promise to Love” tour throughout 2014, but he also teamed up with Charlie Wilson and Kem once again for the “Forever Charlie” tour this year.

Stay tuned as details emerge about the new album from the r&b veteran.