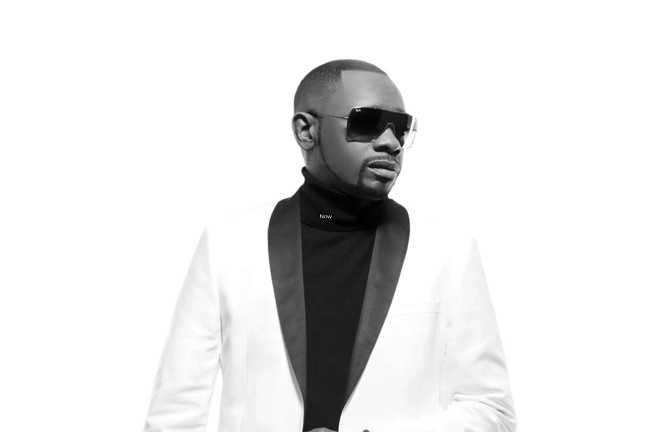 YouKnowIGotSoul had a chance to speak to K-Ci Hailey who is arguably one of the most influential R&B singers history. His powerful voice has been staple in R&B for over 30 years thanks to the massive success that he had as part of Jodeci as well as K-Ci & JoJo. He’s now back with a new solo project as well as the new single “Jesus Saves”. YouKnowIGotSoul had a chance to speak to the legendary artist about the new music as well as everything leading up to this project including his road to recovery from an illness he suffered a few years back. He also reflects back on his first solo album “My Book” which came out in 2006 and discusses how he plans on approaching this new album. Lastly K-Ci reminisces on his favorite moments from his Jodeci and K-Ci & JoJo days.

YouKnowIGotSoul: Jodeci made their epic comeback in 2015 and we had no idea what was next for you, but it looks like you’ve been working on new music. What made you decide to get back in the studio to pursue a solo career?

K-Ci Hailey: It was time. I’ve been ready to do it for a while now. I’ve been prepared to do it and it’s something I knew I wanted to do.

YouKnowIGotSoul: I remember when you put out your solo album “My Book” back in 2006 and of course the industry was completely different back then. How are you approaching this album versus your last solo album?

K-Ci Hailey: In a lot of ways it’s different. I have a stronger and better backing behind me as far as representatives. I have the proper management now and my team is so incredible. Like I said earlier, I’m in a whole different place in my life. When I did “My Book”, I was just doing that to be doing something and to kill time. It wasn’t promoted well and it was due to lack of management. At the time, my manager was managing K-Ci & JoJo. He didn’t see the vision that I saw for my solo career. He saw the vision of K-Ci & JoJo. That was more of a “be quiet and go do this” type of thing.

YouKnowIGotSoul: You’re an artist with so many different styles dating back to your days with Jodeci as well as K-Ci & JoJo. What made you decide to go with the song “Jesus Saves” first?

K-Ci Hailey: I could have come out with a love ballad, but I didn’t want to do that before I told my testimony which is the first single “Jesus Saves” because he really saved my life. I went through an illness that I didn’t think I was going to survive and doctors didn’t think I was going to either. Plus the way the world is now, it’s a song that needs to be heard and I think that’s the first thing I wanted to do on an R&B album. I never go away from Gospel, so I wanted to put this song on the album.

YouKnowIGotSoul: A lot of people know about your version of this song that you did years ago. What did you want to do creatively with this new version?

K-Ci Hailey: I recorded the song when I was 12 years old and it meant a lot to people then. The difference now is my maturity and I changed it by adding a choir to it. There’s a lot of passion on this song and it has more passion than the original. Not saying I didn’t have passion when I was younger, but it’s an even more mature passion to it now. It was successful then and I know it’s going to be successful now too.

YouKnowIGotSoul: You mentioned you had some health issues in recent years. Talk about what it took for you to get back to this point because you sound great on this song.

K-Ci Hailey: A lot of prayer and faith. God was just by my side. It’s a lot of meditation and a healthy diet. I live on the lake, so I exercise and take walks there. I also go fishing a lot now so my headspace is so clear on this project. I feel fully controlled and I’m cool with it. I’m just happy.

YouKnowIGotSoul: Talk about the sound of your upcoming solo album.

YouKnowIGotSoul: Would you say that this project falls more under the Jodeci or K-Ci & JoJo sound?

K-Ci Hailey: It’s going to be a K-Ci sound. When you listen to anything I’ve done, you hear K-Ci whether it’s Jodeci or K-Ci & JoJo. It’s not going to sound exactly like Jodeci, but you can hear the Jodeci in it because I was the lead singer. It’s going to be nice. It’s going to be real R&B which is something we’re missing right now.

YouKnowIGotSoul: We know your brother JoJo is also coming out with a solo album. Was it tough for you to create this album without your him? We’re so used to hearing you guys sing together.

K-Ci Hailey: “My Book” was my rehearsal and practice. It wasn’t really that hard because anytime I’m on the stage, I really don’t look back to see who is behind me. When I’m on that stage, I’m on that stage for me. I don’t worry about what the other guys are doing. I’m doing my own thing. That’s my approach for this album. When I do sing duets or with the group, I give them their place and play my position. It’s all K-Ci on this one though.

YouKnowIGotSoul: Speaking of Jodeci, we’ve seen clips recently of JoJo and Dalvin performing as Jodeci and we’ve also seen you doing solo performances. What is the state of the group right now?

K-Ci Hailey: Right now, I’m more concentrated on my solo thing. I don’t speak on the Jodeci projects, but hopefully our fans will get that Jodeci sound back.

YouKnowIGotSoul: Talk about your impact on R&B and the love you get from your peers.

K-Ci Hailey: Oh yeah. It’s a lot of love. I’m thankful and grateful for it. We have so many listeners that have supported Jodeci and K-Ci & JoJo for the past 30 years. I just appreciate it. The love is crazy. I’ve been doing this for the last 30 years and there’s no fans like Jodeci fans. We have the best fans in the world and I hope they show me the same type of love on this project. I know they will because I don’t think they’ll let me down. My faith is strong with my fans on this one.

YouKnowIGotSoul: You have so much history and so many years in the industry. Take me back to a young K-Ci on the “Forever My Lady” album.

K-Ci Hailey: I was young and hungry. I was starving actually. I was eager and smiling everyday. I was “One take K-Ci” at that time. Devante would give me the song and I would knock it out quick. I was just so happy that we got to go on the road and got to the travel to places we had never been to before. I was a typical late teenager. I traveled the world and learned a lot. I wouldn’t say I was the most honest, but I was young and having fun.

YouKnowIGotSoul: “Diary Of A Mad Band” brought you guys to another level. What was the mindset of K-Ci at that time?

K-Ci Hailey: When we came into that album, Andre Harrell let us have full control of that album. People think we were mad, but that was just our image. Going into that album, we spread our wings and we arrived. That was another fun project.

YouKnowIGotSoul: “The Show, the After Party, the Hotel” had such a great vibe. What do you remember about creating that album?

YouKnowIGotSoul: Take me back to the K-Ci & JoJo era. You and JoJo crossed over to Pop stations with “All My Life”.

K-Ci Hailey: That was crazy. It’s a different audience that we weren’t used to. We were used to hardcore R&B fans. When we came out with “All My Life”, it was crazy and it was a whole different world for us. It was exciting too.

YouKnowIGotSoul: Jodeci made their big return “The Past The Present The Future” a few years back. What was it like to drop a new album together after so many years?

K-Ci Hailey: It was the same thing. The vibe of the studio and the guys, we all got along. It was just cool. It wasn’t any different than any other album that we did.

YouKnowIGotSoul: What do you want people to takeaway from this new music you’re about to put out?