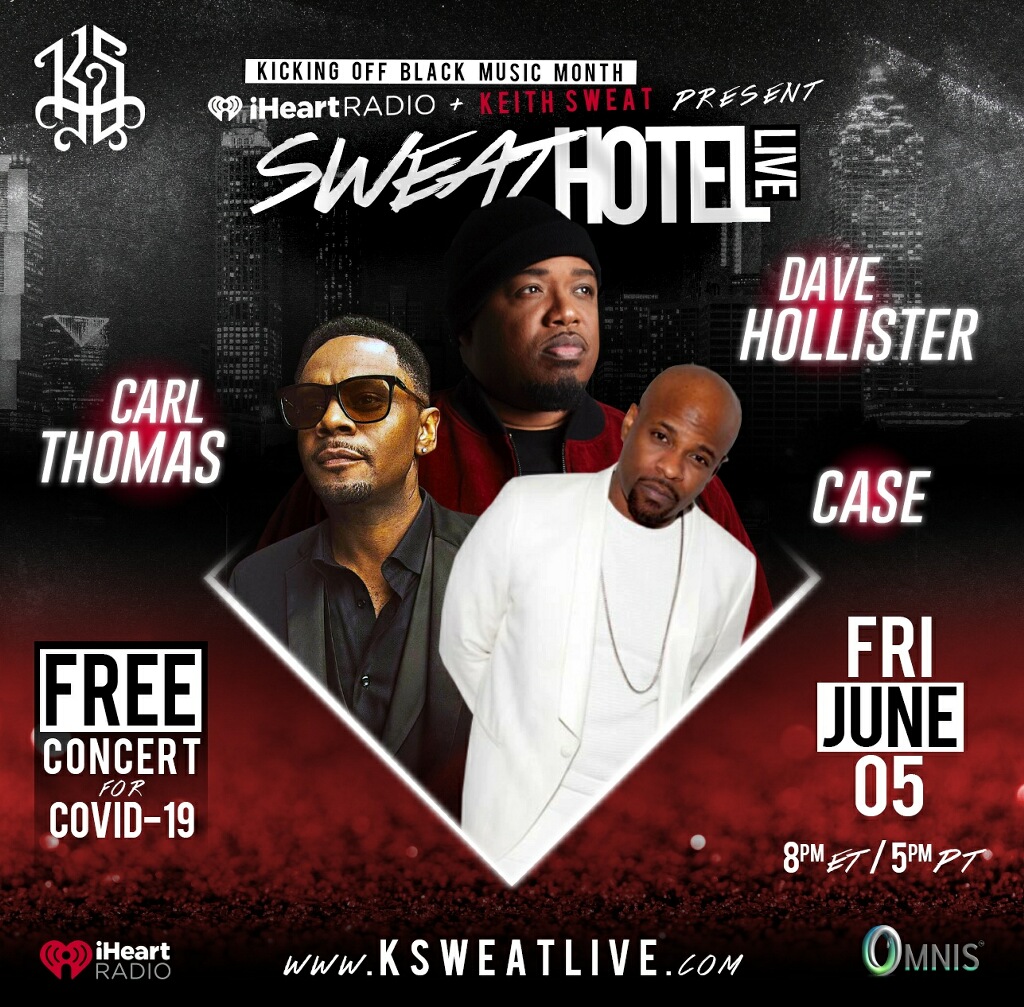 Legendary singer Keith Sweat is doing his part to celebrate Black Music Month while also keeping us entertained during this pandemic.

The singer has linked up with Teddy Riley, iHeartRadio, and Omnis to present a series of special free performances as part of his Sweat Hotel Live Concert Series. He’s already had shows with Next, 112, Pretty Ricky, Bobby V. and Lloyd among others.

This Fridays’s show will feature performances on the virtual stage from Sweat alongside Carl Thomas, Case & Dave Hollister. Each of the artists will be performing their biggest hits along with fan favorites.

Keith Sweat and Teddy Riley have created and helped create many of the classic R&B songs fans have known and love for decades, so who better to bring these live performances into the living rooms of fans nationwide than the dynamic duo themselves? The series kicked off on Mother’s Day, May 10th, featuring chart-topping R&B group Silk (which is still available watch), and will happen every Friday evening over the next month.