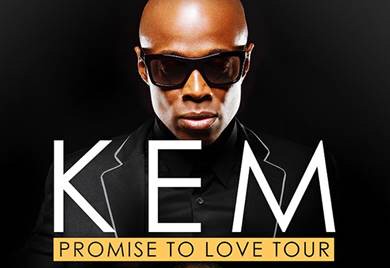 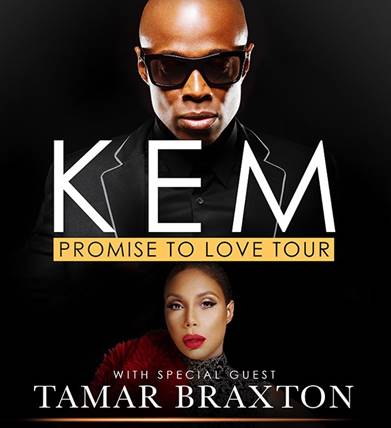 Grammy nominated Motown Artist Kem has announced dates for his 2015 U.S. Headlining “Promise to Love Tour” with special guest Tamar Braxton. The tour kicks off on Friday, November 6 in Los Angeles, CA and is named after his current album. Tickets go on sale to the public on Friday, September 18, 2015. Ticket, presale and VIP package information is available at MusicByKEM.com.

Kem’s live performances have captivated audiences for years and have catapulted him into the ranks as one of music’s top touring acts. Kem promises to deliver an unforgettable experience to audiences that will include his classic hits such as “Love Calls,” “I Can’t Stop Loving You,” “Share My Life” and “Why Would You Stay,” along with new favorites from his “Promise to Love” album, including the chart-topping singles, “It’s You” and “Nobody,” and the album’s title track.

“I’ve been looking forward to hitting the road with my headlining ‘Promise to Love’ tour all year,” said Kem. “It’s always such a thrill and an honor to perform new songs and provide new experiences for the steadfast fans who have been so dedicated in their love and support for the music throughout the course of my career.”