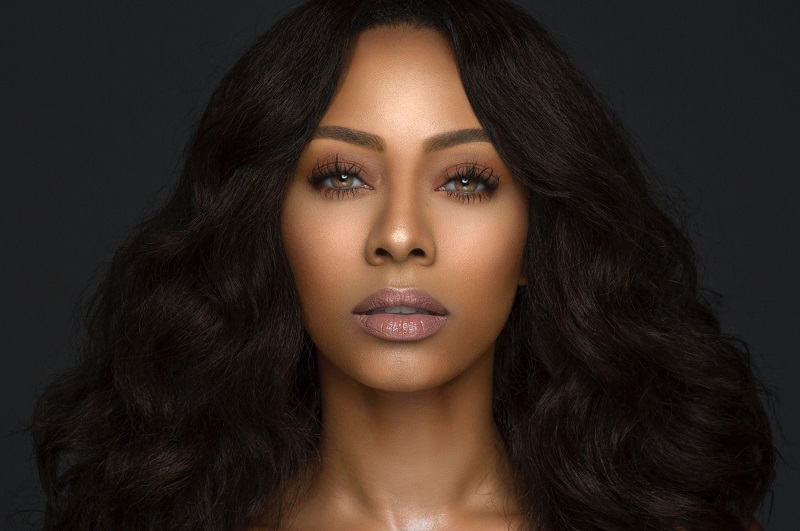 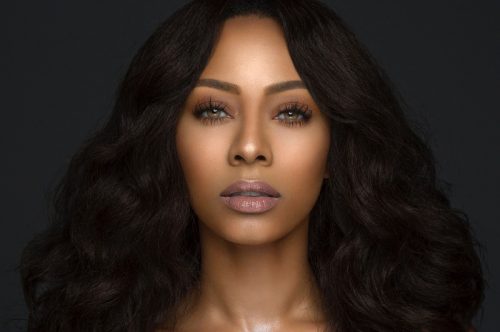 Keri Hilson spent most of the 2000’s dominating the charts with her singing and her songwriting, but most recently Keri has been using her talents in other ways. She’s stepped away from the recording studio for a little while to show off her acting chops which everyone will be able to see in the brand new film “Lust: A Deadly Sins Story” on Lifetime. We talk to the R&B star about her transitioning into the film world, her early journey as a songwriter and her break from the music industry.

YouKnowIGotSoul: When you look back at your discography, what’s a song that you’re most proud of?

Keri Hilson: An easier question is what I’m not proud of. *Laughs* I’m proud of “Knock You Down” and “Pretty Girl Rock”. I’m proud of almost everything that has released because I put a lot into my craft. I would say those two. Obviously they were two of the more successful records of mine.

YouKnowIGotSoul: We were listening to “Tell Him The Truth” recently and the line “I feel less than nothing, lower than zero” is always stood out. That’s a special line.

Keri Hilson: Yeah, that was a true story. I’m also proud of my album cuts because they tend to be more from the heart than things that get chosen by labels as your single. The deep cuts are ones that I personally appreciate. So if I’m answering that unpolitically correct, then I would say “Tell Him The Truth”, “Intuitions”, “Alienated” and “Make Love”.

YouKnowIGotSoul: Prior to the pandemic, you started doing spot dates on the road so we assumed you were returning to music. Instead you picked up acting, so talk about the transition into the film world.

Keri Hilson: It wasn’t even on purpose. I was sitting down just like every other artist because everything stopped. I’ve always auditioned and I’ve done four or five films before the pandemic, so I just started getting calls for roles. It became something to do, but I’m also really passionately driven by being a student of new crafts, so it was a welcomed turn for me to be able to hit pause on reality for awhile and be in this alternate universe. I was able to get out of the grieving process because I had lost my father earlier that year.

YouKnowIGotSoul: We have to give you props for finding something new else that you’re passionate about, being willing to start from ground zero and actually put in the work. Is that process a lot of fun for you?

Keri Hilson: Very much so. I have a great sense of accomplishment for being able to explore a different gift. It’s very fulfilling me. I love throwing myself into scenarios that force me to be a student.

YouKnowIGotSoul: When you’re in your early 20’s and you’re pursuing your passion, often times you’re working harder rather than smarter. Was that the case for you when you first started as an artist?

Keri Hilson: Oh man, you just took me back to a period of time in my life where I was in college and I was doing four sessions a day. I remember I flipped my car four wheels up. I fell asleep at the wheel one day and woke up in a busy intersection. It was that day when I was in the hospital that I realized it’s about quantity over quality. That’s exactly how I am approaching my acting career. I don’t want to be in every single thing. I don’t say yes to every audition.

YouKnowIGotSoul: We saw some clips from your latest movie “Lust: A Deadly Sins Story” and you’re serious about your acting career. It doesn’t feel like they just threw an artist into the film as a quick cameo.

Keri Hilson: Honestly this was the first opportunity where I felt that way. I was like “This is going to require emotion, tears, fears and things to surface within me”. You can’t fake that stuff, people will know. I had to really dig to authentically give that performance. This was the the most challenging role I had ever done. I’m really proud of my performance. I look forward to seeing how I grow with the craft.

YouKnowIGotSoul: Take me back to a young Keri Hilson trying to get in the music industry. What were your goals then?

Keri Hilson: My goals were just to make artist profitable, get out of the hobby phase and make a living. My goal was to not be at a desk. I worked at a mortgage company and I hated that job. It was so mundane. I became a waitress after that and it was a little more comfortable. I wanted to make music a living. That was my one dream.

YouKnowIGotSoul: What about your goals when you started releasing albums?

YouKnowIGotSoul: From a musical standpoint, you’re one of the most important artists of that generation. When we look back at everything you had your hand in whether it’s your own music or your songwriting behind the scenes, there’s only a handful of artists that are in that same caliber as you.

Keri Hilson: I absolutely feel like I accomplished my goals and more. Thank you for that.

YouKnowIGotSoul: What are your goals in the film world?

Keri Hilson: Awards would be nice, but my goal is to get good at it. That’s the most honest answer that I can give. It’s to grow in the craft and improve with every project. I want to be able to dig in and use the discipline that I have to push boundaries. Part of what you do as an actor is emotional and psychological. Going to different places in your heart and mind, you’re exploring and I want to continue to do that and allow myself to be more vulnerable. That’s my goal right now.

YouKnowIGotSoul: In a perfect world, can you imagine a life where your music and acting go simultaneously? We know you’re serious about your work and how it comes out.

Keri Hilson: If I were ever in this for money, attention, popularity or relevance, I would have approached a lot of things differently. What you’re alluding to is something that’s very accurate and that’s that I’m a true artist who cares. I care about the quality of things that I do and I care about the framework for which I am releasing something to the world. Everything I have to do has to be authentic and genuine. I can imagine a world where both exist, but I think it’s better for each craft if I separated them only because acting really takes a lot out of you and music does as well. You can do it at the same time, but my goals are different than just to stack the cards. I’m competitive as well as I am artistic. I want to be great. I want to have excellent traits and characteristics. Being great is what drives me and being as creative and vulnerable as I can be through my arts. I think if we’re talking about putting out music and film that Keri can be proud of, I think they should happen in their own separate times.