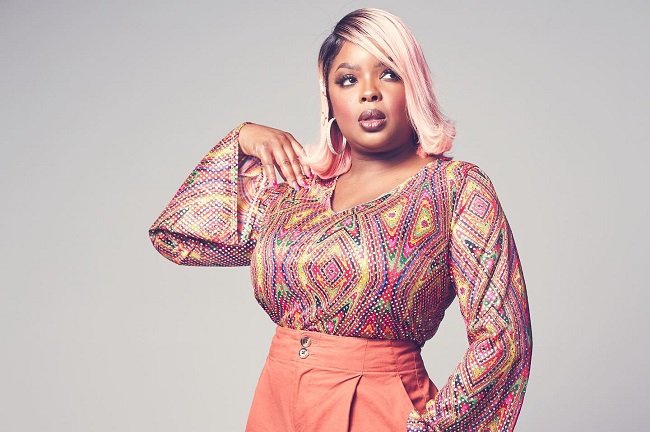 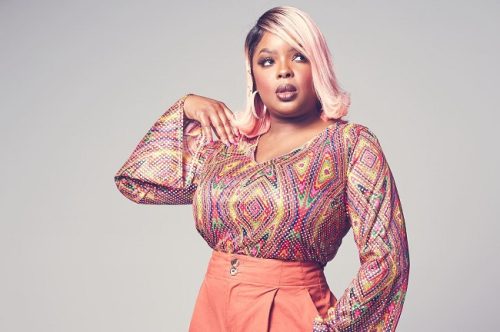 After releasing the mega smash “Make It Hot” back in 1998, Nicole Wray has experienced so many setbacks in the industry that it’s hard to believe that she’s made it as far as she has. Luckily for music lovers, Nicole never gave up and now she’s back with her new album “Piece Of Me”. This resurgence all started almost a decade ago when she linked up with Terri Walker to form the soulful duo Lady. Nicole has now rebranded as Lady Wray, but the soulful vocals that we were introduced to in 1998 are still as present as ever. We talk to Nicole Wray about her new album as well as touch on her history including her time working with Missy Elliott as well as her time being signed to Roc-A-Fella.

YouKnowIGotSoul: Take me through the process of your new album “Piece Of Me” and the release of it.

Lady Wray: When we first started, we had talked about getting this album out. It had been about six years since the last one and we started talking about getting back into the studio. At that time, I was pregnant with my daughter so that was the first stage of the album. There were three stages of the album. I went in New York while I was pregnant and started coming up with some ideas and just jamming in the studio. Then I had my daughter and I came back on the second leg and I came up with songs like “Where Were You”. Then the pandemic hit so we had restrictions, so we had to push it back and get vaccinated. During the third leg, I finished the album and it was finally done. I feel great about it and we’re getting great feedback on all platforms. It’s definitely been a journey to say the least and I’m proud of this album.

YouKnowIGotSoul: What was your mindset putting this album out?

Lady Wray: The sound is different than my previous Lady Wray album. It’s more raunchy and Hip Hop meets real R&B. The creative process, there’s not a lot of horns or instrumentation as there was on “Queen Alone”. Those are two differences and just being able to make an album while being pregnant and a mom. That played a lot into the album and even though the album was done in stages, getting all the great feedback is just a joy to watch and hear.

YouKnowIGotSoul: When you first embarked on this Lady Wray journey and recorded with that 60/70’s soulful influence, did you envision that sound breaking through in the mainstream like it has for artists like Silk Sonic?

Lady Wray: I did not envision it, but it was something that was handed to me. I always had this soulful urge even in the beginning with “Make It Hot”. I’ve always had that rooted church background and wanting to belt out. After “Make It Hot”, we started working on my second album “Elektric Blue” which never came out. When they asked me what I wanted to do back then, I told them I wanted a band and a tour. It didn’t happen for me then, but I always knew that it would. I just didn’t know what time it would be and I’m thankful it’s with the crew that I have right now. Now I’m stepping into what I wanted to do all along and they’re giving me access to be creative and to be who I want to be in the industry. I’m just thankful.

YouKnowIGotSoul: Did you ever think you would get to this point? A lot of artists from your generation have disappeared after label challenges but you kept going.

Lady Wray: I’ve had my ups and downs and I’ve had depression from this music industry. I was over it with all the BS that comes with the music business, but I have a lot of determination and dreams. I didn’t want to let myself down so I kept swimming until I got to the top of the surface. Once I got there, I had hands reaching out to pull me out of the water to save me. I have to give it to my label because they’ve stayed current and kept me working and believing in what I believed in. They could have just done one album with me, but they wanted to keep rocking. I’m just blessed to work with like minded people.

YouKnowIGotSoul: As a mature Nicole Wray, how do you look back at your debut album “Make It Hot”? That album came out in 1998!

Lady Wray: It’s definitely an amazing body of work. I was a kid and I was excited to be in the industry. I have nothing negative to say about it. I’m blessed that was the album that paved the way for me to have the “Piece OF Me” album. I don’t take away anything from that project. That was the beginning of me. I’m a woman and wife now, so my story has definitely changed. I’m wiser now and I’m not naive like when I first started.

YouKnowIGotSoul: Your vocals have truly matured over the years but we knew you could always sing. Take me back to the creation of “Make It Hot” when Missy Elliott and Timbaland told you that you didn’t need to belt your vocals on that song.

Lady Wray: I remember going into the studio. I believe I was in New York City and they played me the record. I was a kid and I was still in high school. I had the record and it was already demoed. Back then, it was a lot of singing over and over in the studio. What we do now is more organic. We step into the studio to write and you complete it by the end of the night. You can put it into the atmosphere right after and you’re not second guessing or doing it a million times. I’m glad I did that though because I have “Make It Hot” in my catalog. I was young and I was still learning the game. I did it and I felt great about it. Missy always knew I could sing and belt it out, but back then it was more about your swag and presence. You can hear some records on that debut where I was giving some strong vocals though like “Borrowed Time” and the Static Major records.

YouKnowIGotSoul: Some people might not remember that you were signed to Roc-A-Fella. Take me back to that era.

Lady Wray: That was an amazing era. I remember when I first put in my spirit and heart that I wanted to be signed to Roc-A-Fella. I’ve always been a fan of Hip Hop and I didn’t know they had singers over there. I went to New York and met with Kenny Burns. He walked me into the situation and Dame Dash heard my music. He wanted to sign me and I started working on some music. I had the song “If I Was Your Girlfriend” in 2004. That sparked Def Jam into wanting to do a situation with me. I had a label deal with Def Jam and then shortly after that, Roc-A-Fella broke apart and it was crazy. That experience was amazing because I still had the relationship with Dame. Even after that, I worked with The Black Keys and the Blakroc album.

YouKnowIGotSoul: Being from Virgina, did you ever get a chance to work with The Neptunes?

Lady Wray: I worked with The Neptunes years ago. They were the first producers Missy Elliott introduced me to. I remember we went to Fun City in Norfolk, Virgina. We played games and ate pizza. I remember my first time seeing Pharrell, I kept calling him “For Real” and he was like “My name is Pharrell”. *Laughs* We went to Chad’s house and we just recorded songs on tape. Pharrell was like “You remind me of Charlie Wilson” and I had no idea who that was. Then I realized it was Charlie Wilson from The Gap Band. I was always doing background vocals for them because we all worked in the same studio. I always admired their courageous sound. Everyone was making hits at that time, but it was a different sound that The Neptunes were coming up with. I just love that they were so family oriented.

YouKnowIGotSoul: You’ve always been able to adapt to different sounds. It’s the same thing with Missy Elliott, Timbaland, N.E.R.D. and Clipse. What is it about Virgina?

Lady Wray: What it is about Virgina is religion and that strong church background. We all went to church and you hear that in the music. Today you hear there’s a disconnect and the music has changed a lot. I respect a lot of artists today, but that aspect is totally gone. Virgina has that soulful upbringing and it’s embedded in all of us. We have something that’s deeper that a lot of people don’t have. I come from a small town, but there’s a lot of talent there. There’s still artists out there that haven’t been discovered yet.