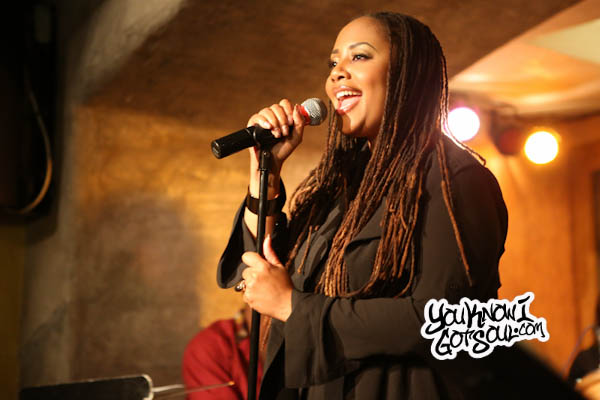 Fresh off of her third straight Grammy Award win, singer / songwriter / producer Lalah Hathaway will hit the road to deliver her dynamic live show during a U.S. tour this Summer. The set will kick off on Friday, May 6th in Raleigh, NC and then see Lalah hit 17 cities across the country including San Diego, New Orleans, Austin, Chicago, Detroit and Los Angeles.

Hathaway won a Grammy Award this year a the 58th Annual Awards in the R&B Performance category for her single “Little Ghetto Boy” which was a cover of her father Donny’s 1972 classic. This award marks her second consecutive win in the Traditional R&B Performance category and makes Lalah the only artist to win this award two years in a row. Her seventh album “Lalah Hathaway Live” also features her cover of the Anita Baker hit “Angel” which hit the #1 spot on Urban A/C radio for nine straight weeks. The album released in October 2015 and was recorded at The Troubadour in Los Angeles where her father Donny recorded his live album 40 years prior.

May 14th Dallas, TX The Black Academy of Arts & Letters