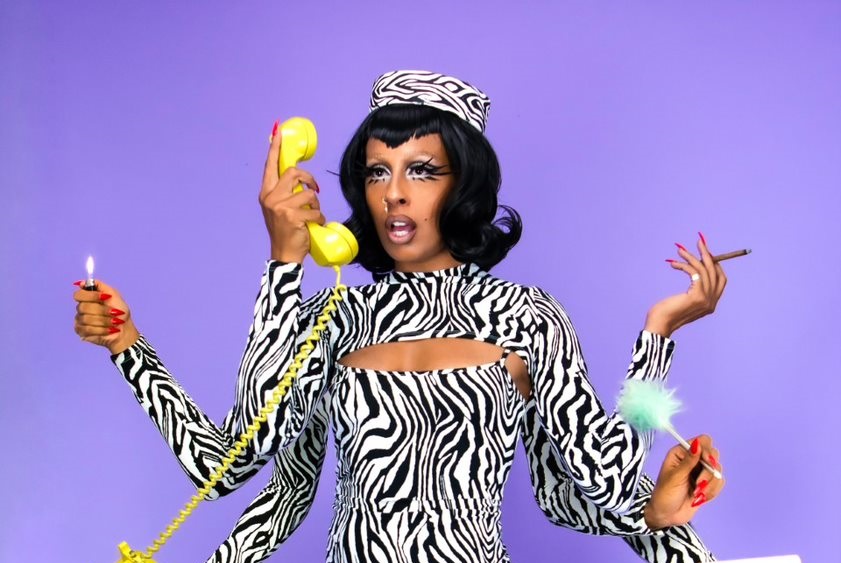 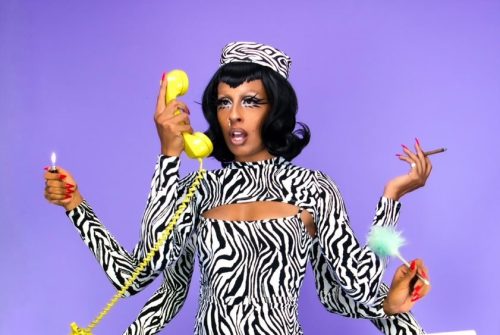 It’s very rare for a new artist to catch our attention these days, but LAYA has definitely done that. Her combination of nostalgia and futuristic sounds is a welcomed addition to a genre that is filled with a lot of songs that sound the same. You can hear the Missy Elliott influence in her music, but LAYA also puts her flavor to the records on her new EP “Um, Hello”. We had a chance to talk to the talented singer about her early beginnings, her success with the EP as well as her future plans with her new deal over at Warner Records.

YouKnowIGotSoul: Just from listening to your music, I can tell that you’re heavily influenced by 90’s R&B. What drew you to that sound?

LAYA: I just have a love and affinity for that golden era of 90’s R&B. Missy was actually very much of a sneaky influence because there were so many R&B girl groups that had songs I loved and years later I found out Missy had something to do with those songs. It was soulful but funky. It was stuff that you could vibe out to and also play in the clubs. I love slow jams and ballads, but I love bringing that bop to R&B. Missy Elliott and that whole era of R&B back in the day was very much all of that.

YouKnowIGotSoul: At what point in your life did you want to be an artist?

LAYA: Well, the truth is this is something I’ve always wanted to do even when I was a little kid. I was always singing and dancing on anything that looked liked a stage. This is something that I’ve always wanted to do. When people used to ask me what I was going to do when I grew up, I always said that I was going to be a singer. As soon I was old enough to start working a job and making some money for myself, that’s when I went about buying a microphone. I had some money but I couldn’t pay for hours of studio time. I used YouTube and all of that stuff to learn how to mix and engineer myself. Over time, all of that got better and it allowed me the time and space to really develop myself and my sound. I was able to play around with things and experiment without having to be on display or try to produce something for somebody else. I was in my room and I was able to do whatever I wanted. There was never a moment that said “It would be cool if I could make music”. It was always the plan for me.

YouKnowIGotSoul: Those early days must have been frustration when you were trying to learn how to mix and produce.

LAYA: Yes and no. There’s a certain effect that I wanted to give, that’s how I would learn. I didn’t go in thinking I had to learn everything. I would just go in and learn the basics like how to record and press stop. Then it got into “I want this part of the song to have a delay or a echo”, I would go and look up how to do that one thing. The next time I had another idea, I would look up how to create to accomplish that. Over time, I just ended up learning so many things and what I was trying to get across. It wasn’t really frustrating. It’s interesting now because when I was listening to the earlier stuff, it sounds like shit. *Laughs* Technically I’m still learning, but at the time I was having a blast doing it and it’s always been fun for me.

YouKnowIGotSoul: As an artist early on, you’re probably going through the process of finding your sound. Do you remember when you figured out the sound that you wanted to go for?

LAYA: I would say when I found my producer team, I think between the sound and the chemistry that I had with their production and the way I started approaching their beats. I liked them so much and I wanted to do so good on them. I wanted to make sure everything sounded really well. I had already been doing all this recording and mixing myself. I felt like I had a pretty good handle on it and it was just a sense of taking it that much more serious. I wanted to sound my best and I wanted it to be really good. I was just taking my time. There’s also a difference between singing live and singing in the studio. That was a learning curve for me, but by the time I was introduced to my producers ORA, I had honed that and understood that. I think once I connected with them, it was like “I’m going to make this polished as fuck”.

YouKnowIGotSoul: Were you concerned that your sound wasn’t going to connect with the audience? For a lot of artists there’s always a sense of wanting to fit in with what’s popular.

LAYA: To be honest, I never gave a shit about that. *Laughs* I genuinely just make the music I want to make. I don’t listen to a lot of current music on purpose and I don’t stay super tapped into what’s going on. I want to pick up what anyone else is doing because I want to be different and true to me. I want to make stuff I genuinely like. Not saying that I don’t listen to music at all, but I go back and listen to older stuff or different genres. I want to be influenced by different things. I never worried about how it was going to be received because I felt like if it’s good, they’ll fuck with it and the ones that resonate it, those will be the fans. Of course I want to be the superstar and I want my stuff played on the radio, but I want people to genuinely like it. I want something that is real to me and know that it’s real to the people hearing it. I think that’s what’s happening. It’s an organic thing and I don’t worry about that kind of stuff. My job is to be the artist. I make the art and I don’t worry about what’s going to happen after it’s created.

YouKnowIGotSoul: Talk about the approach for creating your EP “Um, Hello”

LAYA: We just made what felt right. I created more than just what was on the EP, but we picked the ones that really felt good. To me music is all feeling, so if it doesn’t feel right or it doesn’t make you feel anything then it’s forgettable and nobody wants that. I don’t want to make anything forgettable, so we just went with what worked. We trusted that we had good taste so were like “Well, we think this is fire”. We trusted in ourselves and what we created. The EP was put together upon meeting my producers. There was a mutual friend that had sent me some beats of theirs and I recorded the song “Undress”. That was the first song I did on one of their beats and they were like “We have to do an entire EP”. At the time, we felt like we were the underdogs. Nobody knew about us and we didn’t have any traction, but the music was fire. That’s just what we did. I called the EP “Um, Hello” because I wanted to get the world’s attention. We did all of that. We just trusted in the work we put in and we put together a great playlist of songs. We put it out independently just like anybody else can upload music into the DSPs. We just crossed our fingers and hoped it would do something. We created a whole different EP that’s coming out as well. That was the first thing we did and we just planted the seeds. It’s kind of surreal because I put it out just trying to get the world’s attention and I got it now. *Laughs* Now it’s been relaunched with a major label and now everything is coming into fruition. My story is really to trust yourself and believe in yourself.

YouKnowIGotSoul: Talk about the upcoming music that you have coming up.

LAYA: It will definitely be another EP and this one will be a little spicier. It’s still going to be a lot of soul and plenty more bops. We’re definitely going to have some bops, but it’s going to be a little more spicy and edgy. I don’t want to give too much away, but if you like “Um, Hello”, you will thoroughly enjoy the second EP.