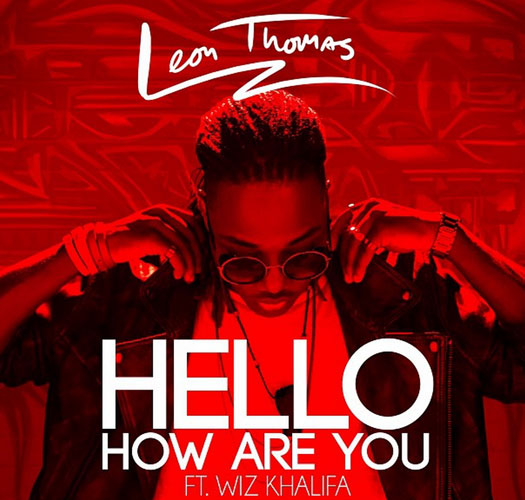 Leon Thomas is a multi-talented Singer, Actor & Musician signed to Columbia/Rostrum Records. Currently living in Los Angeles, Leon can be seen on the Nickelodeon hit TV show “Victorious” as the musically gifted Andre Harris. The show has won multiple awards over the years and still is one of Nickelodeon’s top rated shows.

Leon has a long resume starting as early as 10 years old when he made his Broadway debut as Young Simba in the Broadway production of “The Lion King.” He then went on to appear as Jackie Thibodeaux in the original Broadway cast of Tony’s Kushner’s “Caroline Or Change.” In 2005, Leon performed in the original cast of the Broadway musical “The Color Purple.” In 2007, he appeared alongside Robin Williams and Terrence Howard in the Warner Brothers film, “August Rush,” where he performed “La Bamba” on the movie’s soundtrack. Leon has also appeared in numerous television shows including “The Backyardigans,” “Jack’s Big Music Show,” “Just Jordan,” “iCarly,” and “Naked Brothers Band.”

Leon’s intense passion for music at the young age of 20 has allowed him to grow into quite an amazing recording artist. Thomas plays five instruments, sings, writes, and produces all of his music. MTV recently praised Leon’s production on Ariana Grande’s debut album after Thomas earned credits on five of the songs. Prior to this in August 2012, Leon released his highly anticipated mixtape entitled “Metro Hearts.” The lead single “Forever” instantly went viral along with a beautifully shot music video to accompany. Watch the video on YouTube here.

It was this “Metro Hearts” mixtape that opened up an opportunity to tour with Big Time Rush and Cody Simpson.

Fresh off his new deal with Rostrum Records, Leon is preparing to release a monster first single entitled “Hello How Are You” featuring label mate Wiz Khalifa. A full album is being planned for release soon after.