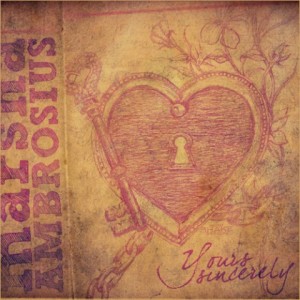 If you read the Marsha Ambrosius interview I did and weren’t sure what song it was by Glenn Lewis that kept getting mentioned, here it is. This was from his debut album “World Outside My Window” in 2001 which featured a total of five songs written by Marsha. This version of the song appeared on her recently release “Yours Sincerely” mixtape and she added her vocals onto the track.