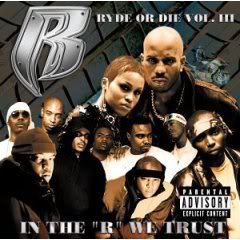 Don’t get scared off by the album cover, this is actually pretty decent r&b music. In fact, Parle provided the only r&b song to the third Ruff Ryders album filled with gritty hip hop. The group was actually in the Ruff Ryders camp, but only had two other songs that I’m aware of, which happens to appear on the previous volumes of the Ruff Ryders compilations (“It’s Going Down,” and “I’m a Ruff Ryder”). Interestingly enough, this song was produced by superstar producer Mike City.