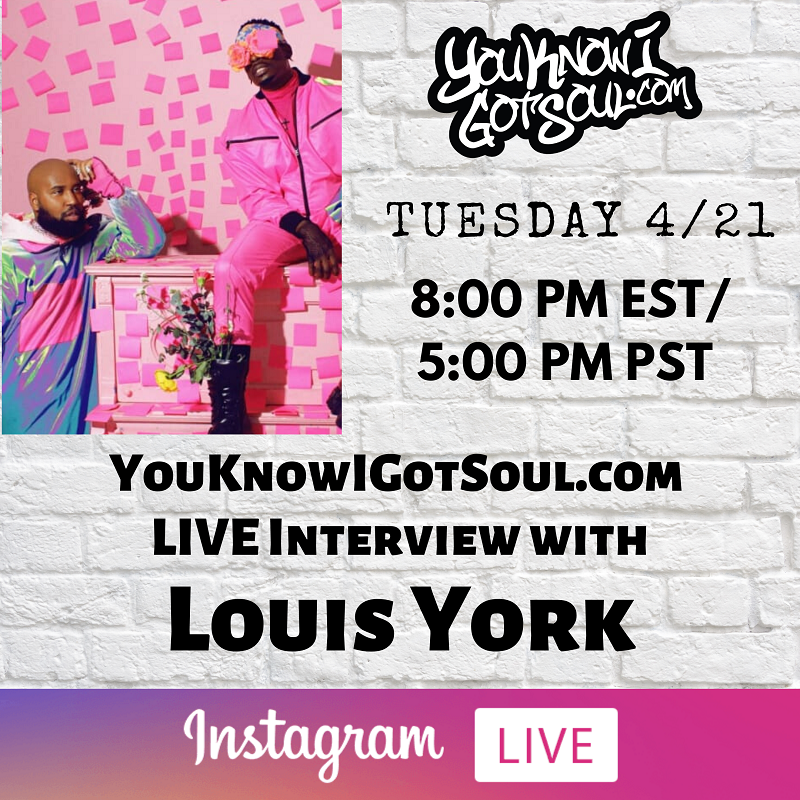 We caught up with our friends Claude Kelly and Chuck Harmony aka Louis York recently for an interview on Instagram Live.

During our conversation, we went in depth on the duo’s debut album “American Griots”. Claude and Chuck really got into the musicality and unique sound of the project which sounds like nothing else there.

We then reflected back on the five years since the pair originally introduced us to their group Louis York starting with a special listening party. They shared the plans they have in store for us as they approach their next five years of Louis York.

The interview then went to how the pair originally linked up and formed a tight bond. We talked about some of the biggest hits they’ve created together including “Bittersweet” for Fantasia, “Pieces of Me” for Ledisi, and “Blame it on Me” for Chrisette Michele.

Finally, we wrapped up the interview by discussing their process in the studio and the challenges they face in creating hit songs. Check out Louis York’s #WelcometotheWorkshop series, with new live episodes on their Instagram every Thursday at 4:20PM CT.