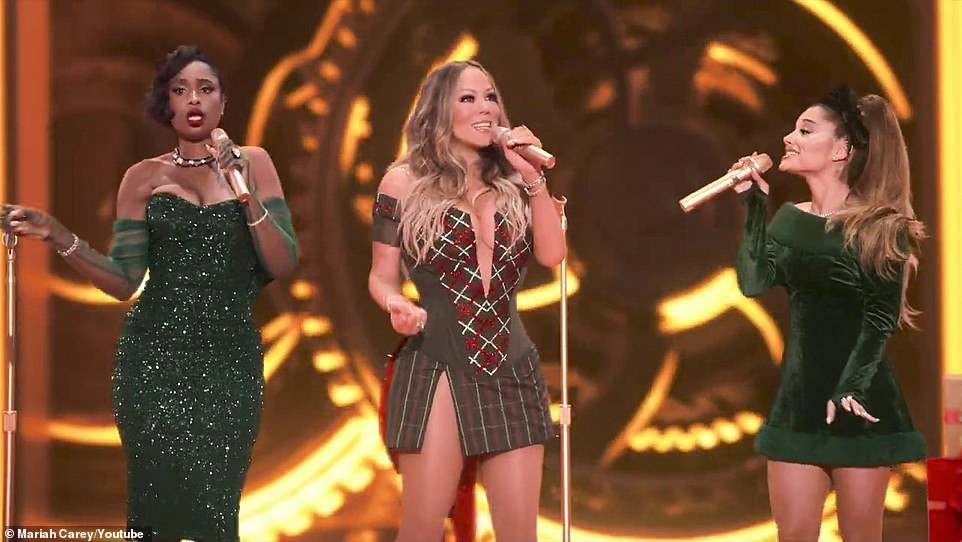 The original version of the song released nearly a decade ago in 2010 as part of Mariah’s second ever holiday album “Merry Christmas II You”. It was written and produced by Carey in collaboration with Jermaine Dupri and Bryan-Michael Cox.

The new version of “Oh Santa!” along with Grande and Hudson serves as the lead single from Carey’s second soundtrack album “Mariah Carey’s Magical Christmas Special”. The intricate music video premiered alongside the single.