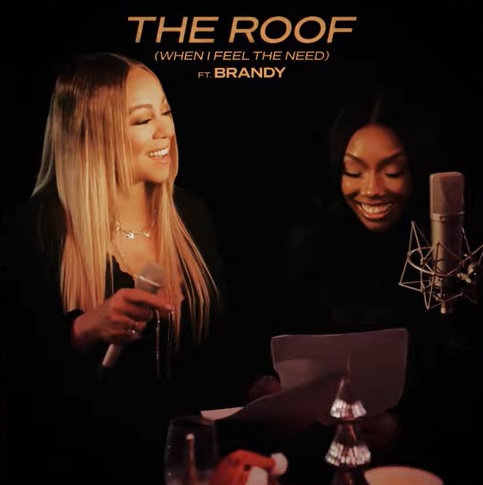 Two iconic R&B singers come together and Mariah Carey links up with Brandy for a reworked version of her song “The Roof”. This special duet among legends was shared as part of Mariah’s MasterClass.

This new version of “The Roof” is certainly a compelling companion to the original which was already considered a fan favorite among Mariah’s fans. The Poke and Tone produced song was originally included on the classic album “Honey” from 1997.

The song was unveiled as part of a MasterClass Mariah taught on how to use the voice as an instrument to not only sing but also write and produce melodies, lyrics and instrumentation. She adds about the MasterClass process:

“I’ve never let cameras in when I am creating—not when I’m writing, and especially not when I’m singing. But now I’m taking MasterClass members into my studio to show them how they can write and produce music using their voice and become anything they want to be as long as they create, re-create, reimagine and reinvent.”

Carey’s class is now available exclusively on MasterClass, where subscribers get unlimited access to all 150+ instructors with an annual membership.