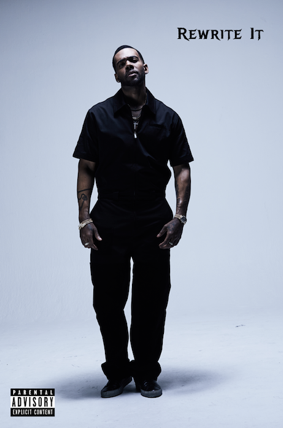 Singer Mario is taking a stand and letting his music do the talking. Inspired by what he sees going on around him in the world today, Mario took to the studio to pen the impactful new ballad “Rewrite It”.

Mario attempts to reach out to his generation and remind them of the power they possess as a collective of people. He adds about the inspiration behind the song:

“Having a voice and talent means nothing if you aren’t using your platform when it matters the most. Sovereignty has to be declared and this is my declaration. In the song I talk about being reserved and generations understanding who they are and the magnitude of their power. As an artist, I’m extremely passionate about standing up for what I believe in and using my gifts to reach the masses.”

Mario hopes that the listener will be inspired to create new beginnings and take back their own story.

To go along with the inspirational song, Mario has created a line of merchandise called “The Big Payback”. A portion of the proceeds will go to black owned businesses in an attempt to promote growth in under served communities.