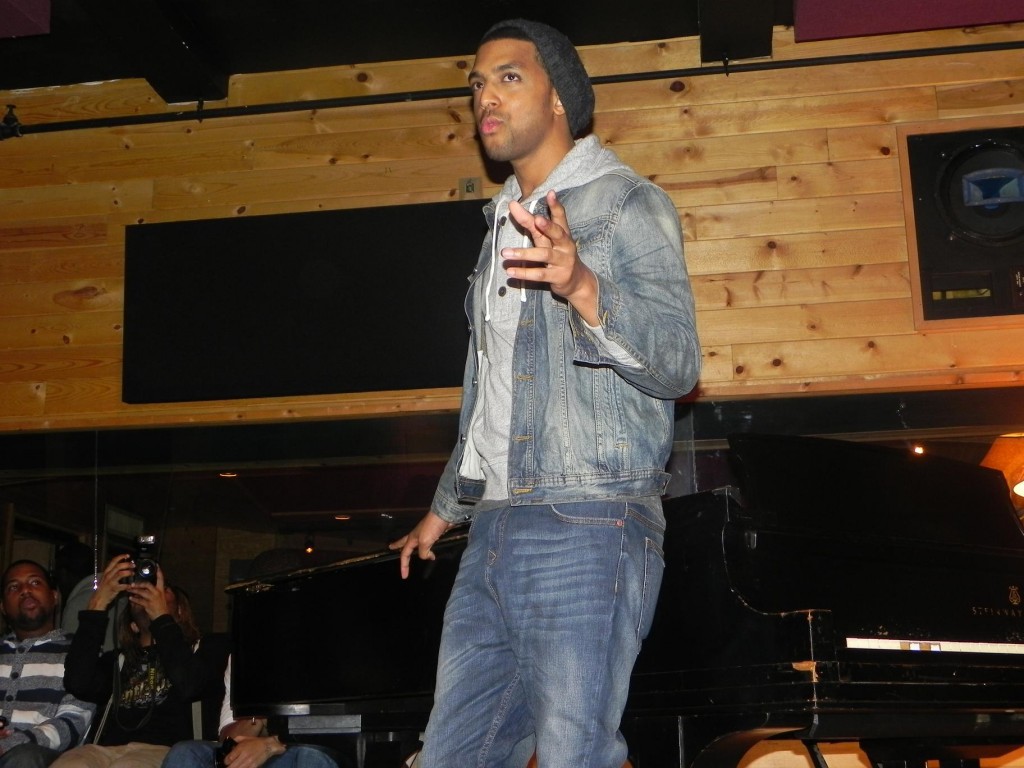 This week I had the opportunity to attend the listening session for Mateo’s upcoming mixtape “Love & Stadiums”. Not only did we get a chance to preview seven songs from the upcoming album, but he also premiered the video for “Shoot Me Down” featuring Goapele and Ab-Liva. During the event, he performed “Get to Know Me” live as you can see in the first video below. In the second video, he discusses what he was trying to do with the mixtape and the reason behind the title.