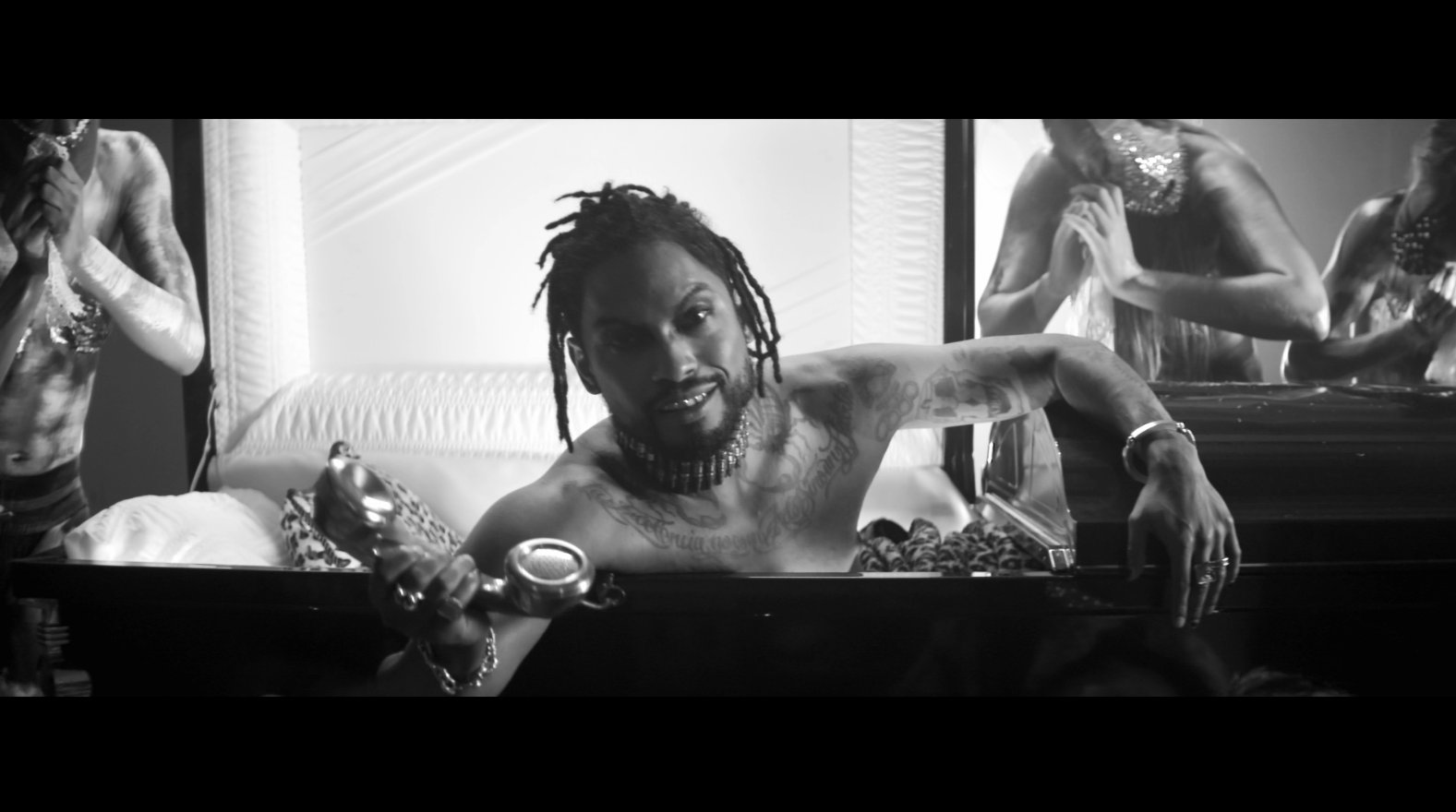 Miguel has just released the visual for his latest single “Funeral”. The video was filmed nearly a year ago and was co-directed by Philippa Price and Nina McNeely.

The singer adds about the video creation:

“I can’t believe it’s been nearly a year since we filmed this. Way before we had any notion of how different our world would be just a couple short months later. Because this is just the beginning of a new, lush chapter in my artistry, what I loved most about working with Philippa is how easily she and Nina took my vision to the next level. They are both beautifully insane and I love that.”

The release of the new visual also comes with the announcement that Miguel will bring a return to his “Art Dealer Chic” EP series that began in 2012. The upcoming fourth installment will release soon via ByStorm Entertainment/RCA Records.

Miguel adds about his purpose for bringing back the series:

“I took a long hiatus from the business of music to reassess my objective as a creator. The Art Dealer Chic EPs have always been reserved for freedom, self-curation and honest expression without the influence of music industry politics. I’m excited to introduce my fans to a very different world in my creative expression, and that begins with ADC 4.”

You may remember his massive hit single “Adorn” was originally featured as part of the “Art Dealer Chic” series.